A Gift to Create Agents of Change in Visual Storytelling

When Xin Liu was awarded an Alexia grant more than 30 years ago, it accelerated her career in ways she could not have imagined as a child growing up in China. Today, with her extraordinary $2 million gift to the Forever Orange Campaign, Liu is ensuring that the spirit of The Alexia endures in perpetuity to inspire “agents of change” throughout the world. 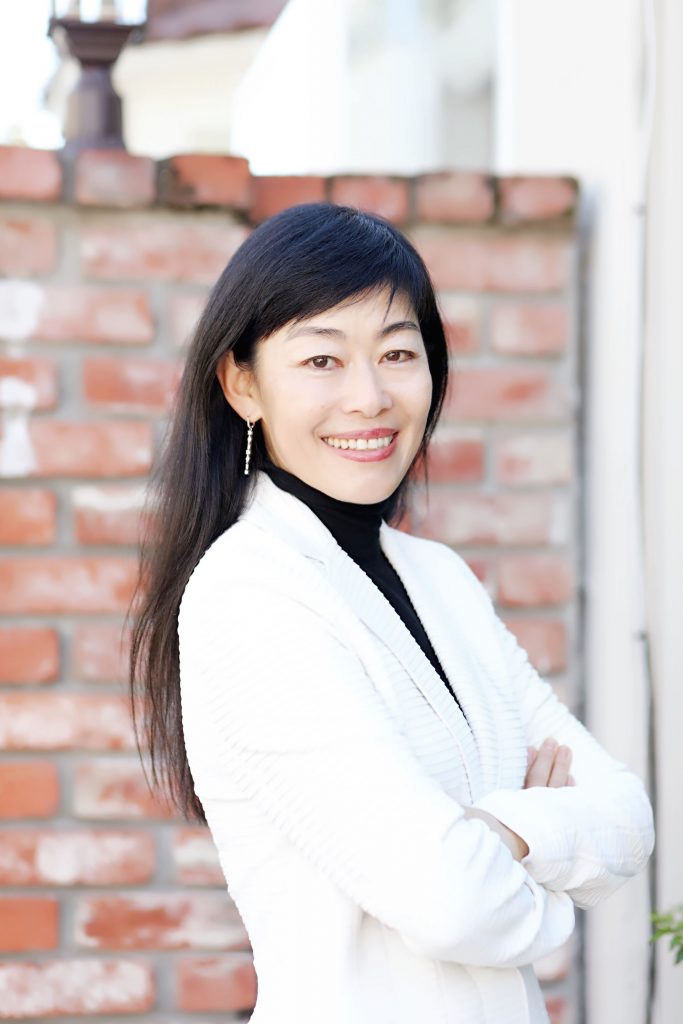 As co-founder and president of The Enlight Foundation, Liu has focused her philanthropy on projects and people who share a desire to create equal educational opportunities around the globe and nurture social entrepreneurs and change-makers.

That same desire drives the parents of Alexia Tsairis, for whom The Alexia is named. Alexia was 20 years old—a photography major in the Newhouse School—in 1988 when she was killed in the terrorist bombing of Pan Am 103 over Lockerbie, Scotland, as she was returning home from a semester abroad in London.

“All through our almost 34 years since that fateful night in 1988, we have had hopes and dreams,” says Alexia’s mother Aphrodite Tsairis. “We have been dedicated to visual journalism by supporting the important socially relevant work of professionals and by providing a platform for educating emerging photojournalists.”

Aphrodite and her husband, Peter, founded the Alexia Foundation in partnership with Newhouse in 1991 and, since then, it has awarded $1.7 million in grants to 170 students like Liu and professional photographers through annual competitions, encouraging them to heighten the impact of their work. In 2021, the program transitioned to the Newhouse School and became The Alexia.

“Our overriding interest is in the stories they produce,” says Aphrodite Tsairis. “We care about current issues that plague our crisis-ridden planet and, most importantly, how to solve them. We elevate the visual journalist to the role of change-maker, not just reporter.”

That philosophy resonates deeply with Liu. “Visual storytelling can connect people in powerful ways,” she says. “Those connections can inspire social change around the globe. Journalists, photojournalists and videographers play a vital role as change agents in our world and when we support the profession, we help amplify its impact.”

Through the Forever Orange Faculty Excellence Program, Syracuse University is providing an additional $1 million to enhance the impact of the Enlight Foundation’s $2 million gift. The funding creates The Alexia Endowed Chair and provides continuous support for the grants, and for teaching, research, fellowships, programmatic and educational opportunities to inspire more impactful storytelling.

“I am so thankful to Xin for having the vision to expand The Alexia,” says Bruce Strong, associate professor in visual communications and The Alexia Endowed Chair in the Newhouse School. “In addition to offering the grants, our plan is to provide fellowship opportunities for top-tier professionals so they can pull away from their hectic careers and take time to reflect, develop additional skill sets and research relevant topics before going back into the industry. This will also provide an additional opportunity for our Newhouse faculty and students to engage with accomplished visual communicators.”

Liu believes the Alexia grant helped her rise to the “top of her game.” Born and raised in China, she attended Renmin University of China with the intention of becoming a journalist. The university had just launched a new major in photojournalism, and she was immediately attracted to the idea: “I had never even touched a camera before,” she says. “But I figured that if I could do both writing and photography, I could go on assignment and do all parts of the story.”

She worked at the China Youth Daily for almost three years. While there, she was contacted by a former professor and advisor, as she had been selected as a graduate student upon graduation, and informed about The Alexia grant opportunity for students. She seized the opportunity. After a three-month internship at The Baltimore Sun, Liu arrived in Central New York in the winter of 1994 (just before a season of nonstop snow that she says destroyed two pair of her military-style boots!).

“Everything I learned in Syracuse was so very different from what I had learned in China,” she says. She developed storytelling skills in photo essays and still remembers the story she crafted about a Syracuse high school student who was struggling as a single mother (in fact, Liu includes these photos in an upcoming book collection that will capture pivotal moments in her life). When Liu interned at The Baltimore Sun, she “met all these amazing photojournalists, including many women, which truly encouraged me. In China, most of them were men.”

Ultimately, she was offered a full scholarship to Ohio University in Athens, Ohio, where she earned a master’s degree in visual communications. She worked for the Miami Herald, Pittsburgh Post-Gazette and Palm Beach Post.

Liu founded Enlight Foundation in 2004 to provide opportunities for Chinese students to study abroad. She describes how Enlight evolved to focus its philanthropy on rural education, youth leadership training and programs that would foster the growth of social entrepreneurs and changemakers. Funding for journalists became a priority more recently as the profession became more vulnerable to political attacks.

“Journalism is the fourth pillar of our society and a critical pillar of democracy,” says Liu. “International bureaus are closing. Local newspapers are dying.” Her support of The Alexia is based on her belief that journalists are witnesses to history and can influence its course. She notes that photojournalists often capture “a decisive moment” in history—an iconic image that “captures the soul of a historical era.”

Newhouse School Dean Mark Lodato says the power of great journalism and communications can be wielded to strengthen society. “The gift from Enlight, along with Xin’s vision for the future, will enable Newhouse to further broaden its reach around the globe and heighten the impact of deep thinkers and trailblazers who understand the power of storytelling to transform lives.”

Strong stresses that The Alexia grants go beyond simply recognizing great work. “The grants are essentially incubators for important projects,” he says. “We find people who desire to make a difference in the world and heighten their influence. The Alexia was created to help people understand different cultures, something we need now more than ever. Visual communication is a language that cuts across all cultures, all backgrounds, all languages. You don’t have to speak the language of the photographer to understand what they are saying in their story.”

Peter and Aphrodite Tsairis still think about what stories their daughter might have told through her photojournalism had she had a chance. “With the support of the Newhouse School, which gave us a home, we were able to channel our loss in a way that made us whole again,” says Aphrodite. “We felt closer to her as we met students and professionals who showed us what her life would or could have been had she lived. It was healing.”

Now, the promise of a young life cut short lives on in a legacy gift made by the woman who still treasures the grant that carries Alexia’s name. “This is about capacity building,” says Liu. “The capacity of storytellers around the globe to bridge cultural divides, to foster understanding, address social issues, and bring about lasting change.”

Orange isn’t just our color. It’s our promise to leave the world better than we found it. Forever Orange: The Campaign for Syracuse University is poised to do just that. Fueled by more than 150 years of fearless firsts, together we can enhance academic excellence, transform the student experience and expand unique opportunities for learning and growth. Forever Orange endeavors to raise $1.5 billion in philanthropic support, inspire 125,000 individual donors to participate in the campaign, and actively engage one in five alumni in the life of the University. Now is the time to show the world what Orange can do. Visit foreverorange.syr.edu to learn more.