The Community Folk Art Center (CFAC), a unit of the Department of African American Studies in the College of Arts and Sciences, continued its 50th anniversary celebration recently by honoring its community and supporters and highlighting the creative arts with a visually stunning and empowering performance by Ailey II. 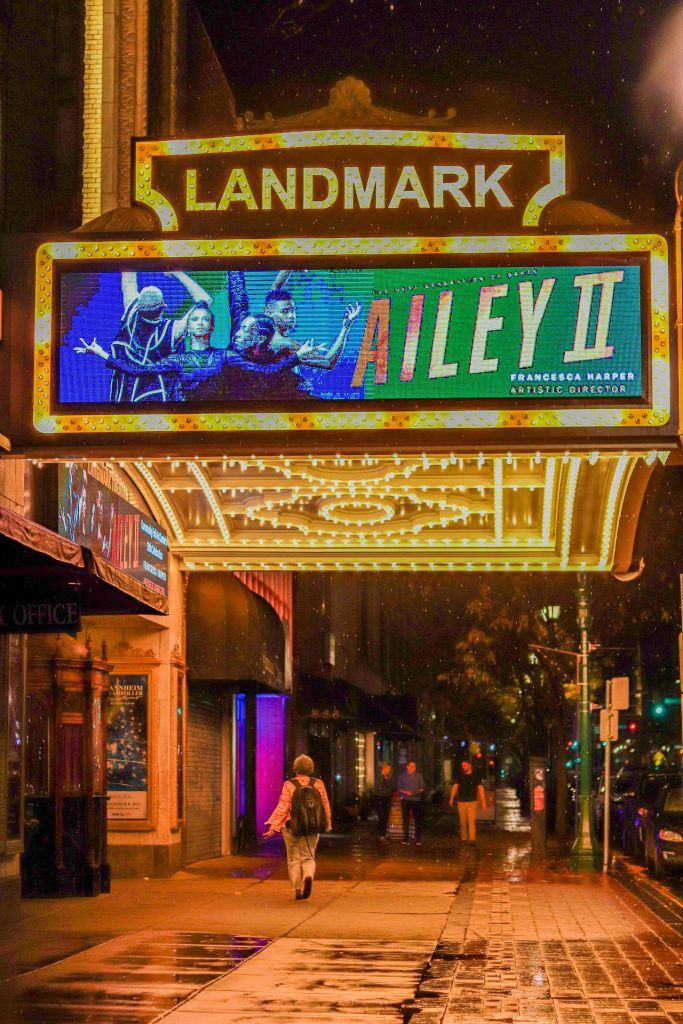 The Community Folk Art Center continued its 50th anniversary celebration recently by honoring its community and supporters and highlighting the creative arts with a mpowering performance by Ailey II.

At the Oct. 27 event, CFAC recognized the following community partners, supporters and area leaders for their support and dedication to the center and youth:

The celebration and performance, featuring emerging dance talent and artistic director Francesca Harper and the company’s renowned piece “Revelations” took place at the historic Landmark Theatre in downtown Syracuse. Ailey II is nationally celebrated for bringing together early-career talent with emerging choreographers. Their signature work is “Revelations” which uses spirituals, gospel songs, and holy blues to explore the deepest emotions of the soul.

“Ailey II’s performance was certainly a proud part of our 50th anniversary, but it was also a way to continue CFAC’s mission to connect diverse communities—no matter age, gender, race or exposure to dance and the arts—to our collective, universal language of creativity and the exploration of the African diaspora,” says Tanisha M. Jackson, Ph.D., executive director of CFAC, creator of Black Arts Speak, professor of African American studies and one of the evening’s emcees. “Our anniversary celebration will continue through in-person and online events, so we hope many more can join our community during this special year for us.”

The theater was nearly at capacity with supporters from the University, City of Syracuse and the arts community. Additionally, much to the appreciation of organizers and those in attendance, about 350 students from the Syracuse City School District took in the event and performance. Their presence was not just an educational and entertainment experience—many of the students are interested in the visual and performing arts—but a fulfillment of CFAC’s community-focused mission and the creative exploration of the African diaspora.

CFAC was founded in 1972 by the late Herbert T. Williams, professor of African American studies at Syracuse University, in collaboration with other faculty, students, local artists and residents of the City of Syracuse. CFAC is an incubator for diverse community programming and the creative exploration of the African diaspora. It is dedicated to celebrating cultural and artistic pluralism by collecting, exhibiting, teaching and interpreting the visual and expressive arts. To learn more, visit the CFAC website.