No One Will Outwork Us: Get to Know New Women’s Ice Hockey Coach Britni Smith on the ‘’Cuse Conversations’ Podcast

Up until the 2022-23 season, the Syracuse University women’s ice hockey team had only known one head coach in the program’s 14-year history: Paul Flanagan.

But that all changed when Flanagan retired at the end of last season and the Orange hired Britni Smith as the program’s second head coach.

As she looks to make her mark on the women’s ice hockey team, Smith is relying on a key principle that helped Syracuse soar to new heights in recent seasons, including a second trip to the NCAA tournament after capturing both the College Hockey America (CHA) regular season and tournament championships for the first time in history during the 2021-22 season: No one will outwork the Orange.

Smith comes to Syracuse with a decorated resume, excelling as both a defenseman with St. Lawrence University—Smith was a Top-10 finalist for the Patty Kazmaier Memorial Award as a defenseman during her senior year—and an accomplished assistant coach at Clarkson University and with Hockey Canada. 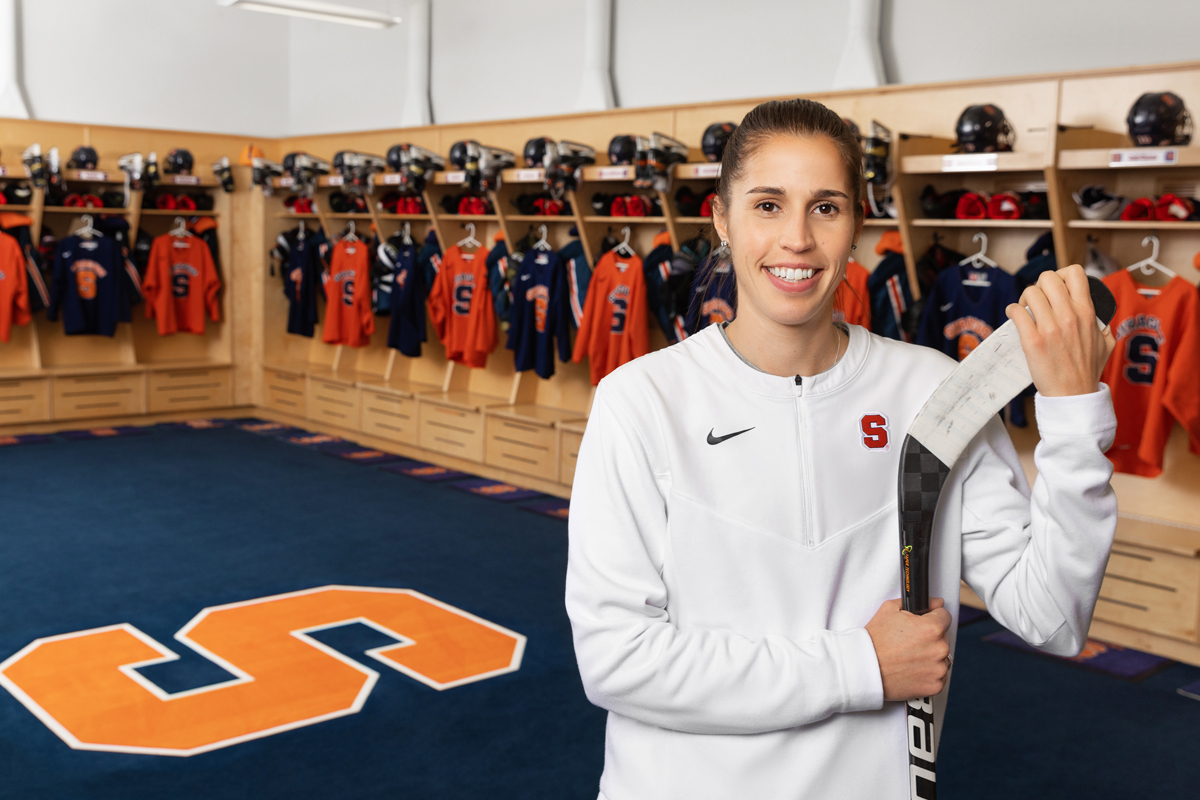 Britni Smith, the second head coach in the history of Syracuse University women’s ice hockey, says no one will outwork her student-athletes.

“I think Syracuse is a place that provides the complete package for the student-athlete experience and that’s important to me, because that’s something I got at St. Lawrence,” Smith says. “So I think as I’m getting into my first head coach role here, that’s something that’s very important to me, to provide that student-athlete experience that then when they graduate, they are proud to have been a part of this program. And if they could pick all over again that they would be picking Syracuse.”

Smith discusses why she wanted to become the Orange’s next head coach, how she relates to her student-athletes and what makes Syracuse University a special place. Smith also shares her coaching philosophy, what it was like to earn her first win with the Orange and how she fell in love with hockey while playing on a homemade rink in her hometown of Port Perry, Ontario.

Note: This conversation was edited for brevity and clarity.