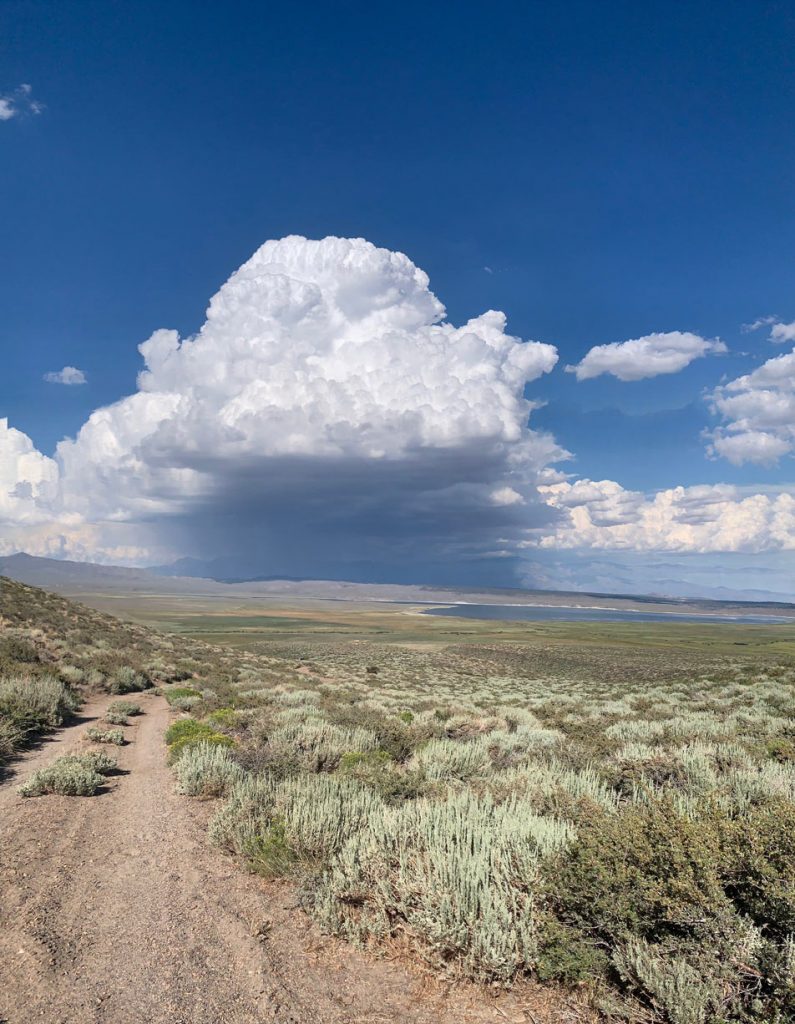 Summer storm developing over desert regions of Great Basin in summer 2022. New research suggests that these types of storms were intensified in the Pliocene, driving wetter conditions across much of the desert southwest.

The North American southwest has been suffering through weather extremes in recent years ranging from searing heatwaves and scorching wildfires to monsoon rainfalls that cause flash floods and mudslides. As temperatures around the world continue to rise because of global warming, a team of researchers from Syracuse University, the University of Connecticut, the University of Arizona, George Mason University and Harvard University are looking for environmental clues from millions of years in the past to predict what the southwestern climate may look like in the future. By analyzing ancient climate data, the scientists suspect that higher temperatures could cause stronger and more widespread summer rainfall across the southwest United States.

Subtropical regions like southwestern North America are becoming drier in response to global warming, as higher temperatures cause more aridity overall. However, rising temperatures can also lead to instances of excess precipitation during the summer months. The mechanism driving this is a strengthening monsoon. Just this past summer, southern California felt the effects of the monsoon, with historic flooding extending to places like Death Valley and other areas known for their lack of rainfall.

In a study led by Tripti Bhattacharya, Thonis Family Professor in the Department of Earth and Environmental Sciences, researchers explored another time in Earth’s history with a strong North American summer monsoon. During the middle Pliocene epoch, an interval approximately three million years ago, despite carbon dioxide levels similar to today, the North American southwest was surprisingly full of lakes and plant and animal species needing a moister environment. The team’s new paper, published in the journal AGU Advances, suggests that a stronger monsoon in the middle Pliocene can explain past wetter conditions, with implications for the future.

To understand how the monsoon changed in the middle Pliocene, Bhattacharya and graduate student Claire Rubbelke, a Ph.D. candidate in Earth and environmental sciences, analyzed Pliocene-era leaf waxes preserved in ocean sediment cores from Baja California and southern California. The hydrogen isotopic composition of these waxes reveals past changes in the monsoon. Since rain is the source of the hydrogen used to produce leaf waxes, measuring the concentration of hydrogen reveals precipitation totals from a particular moment in the past. Researchers extract the leaf waxes by running solvents through sediments at high temperature and pressure and make isotopic measurements using a device called a gas chromatograph-isotope ratio mass spectrometer, which separates out waxes by their molecular mass.

Tripti Bhattacharya (right) samples sediment from a dry lakebed in Nevada, which is used to provide further evidence of monsoon changes during the Pliocene.

“With information encoded in leaf waxes we found that the Pliocene featured a stronger summer monsoon in western Mexico stretching all the way to where southern California now is, contrasting with previous work which stated that Pliocene hydroclimate changes were only the result of winter, not summer, rainfall,” says Bhattacharya. “Our paper presents the first direct evidence that monsoon changes caused wet conditions in the middle Pliocene.”

Climate modeling expert Ran Feng, professor in the University of Connecticut’s Department of Geosciences and second author on the study, carried out simulations to determine how sea surface temperatures may have factored into the stronger North American Monsoon during the mid-Pliocene. Her team found that ocean temperatures in the Pacific were arranged in a way to transport more moisture from the tropics to the subtropics. Specifically, there was a reduced subtropical-tropical temperature gradient that drives the strengthening of the North American monsoon.

Temperatures are one of the driving factors behind monsoon intensity. Warmer conditions in the eastern equatorial Pacific cause descending motion over many monsoon regions of the southwestern North America, reducing the favorability of the atmosphere to rainfall. But when the California margin is warmer than the eastern equatorial Pacific—as can happen today during marine heat wave events—greater amounts of tropical moisture enter into the subtropics, bringing enhanced North American monsoon precipitation.

“By studying the mid-Pliocene climate, we can determine how our planet operates under warm conditions,” says Feng. “The mechanism we identified here is already at play during present-day marine heat wave events and we anticipate that it will become more prevalent in the future with a warmer climate and perhaps more frequent marine heat wave events.”

Their results offer confirmation that higher temperatures on the California margin help increase the favorability of the atmosphere for monsoon rainfall—essentially providing more energy to fuel monsoon storms.

“Summer rainfall and flooding will likely increase in the future in southwestern North America,” says Bhattacharya. “We believe our work is a nice illustration of how the past can be used to predict future climate hazards.” 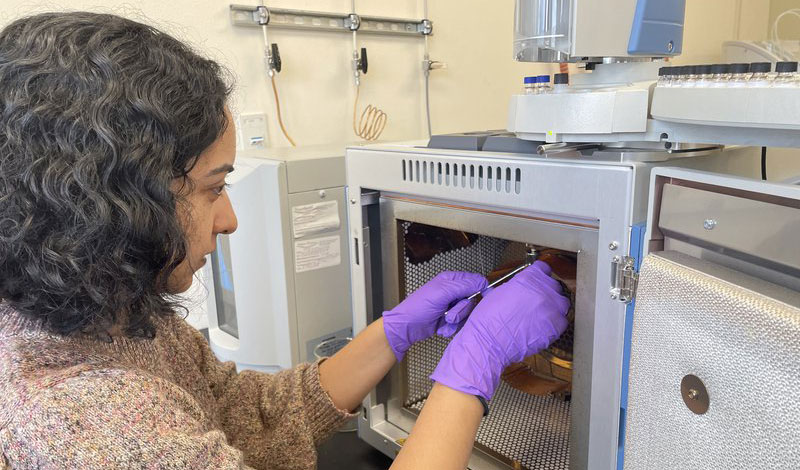 Tripti Bhattacharya performs maintenance on her gas chromatograph, a key piece of lab equipment that allows her to quantify the concentrations of leaf waxes in ancient sediments.

Jessica Tierney, professor of geosciences at the University of Arizona and a co-author of the study, notes that these potential intervals of ‘Pliocene-like’ rainfall, co-existing with intensifying megadrought in southwestern North America, will have implications for ecosystems, human infrastructure and water resources.

“A stronger monsoon means more rain for the southwest U.S., which is a good thing for a region facing chronic drought,” Tierney says. “Unfortunately, a lot of the rain that falls in monsoon storms falls very quickly, runs off the landscape, and can cause catastrophic flooding, posing a hazard to communities.”

While exact projections about future North American monsoons remains uncertain, their study offers proof that a warmer climate with similar conditions to the middle Pliocene brings with it potential for an expanded and more intense monsoon. With current trends of global warming and human-caused climate change, extreme summer monsoon conditions may soon become more widespread across the North American southwest.