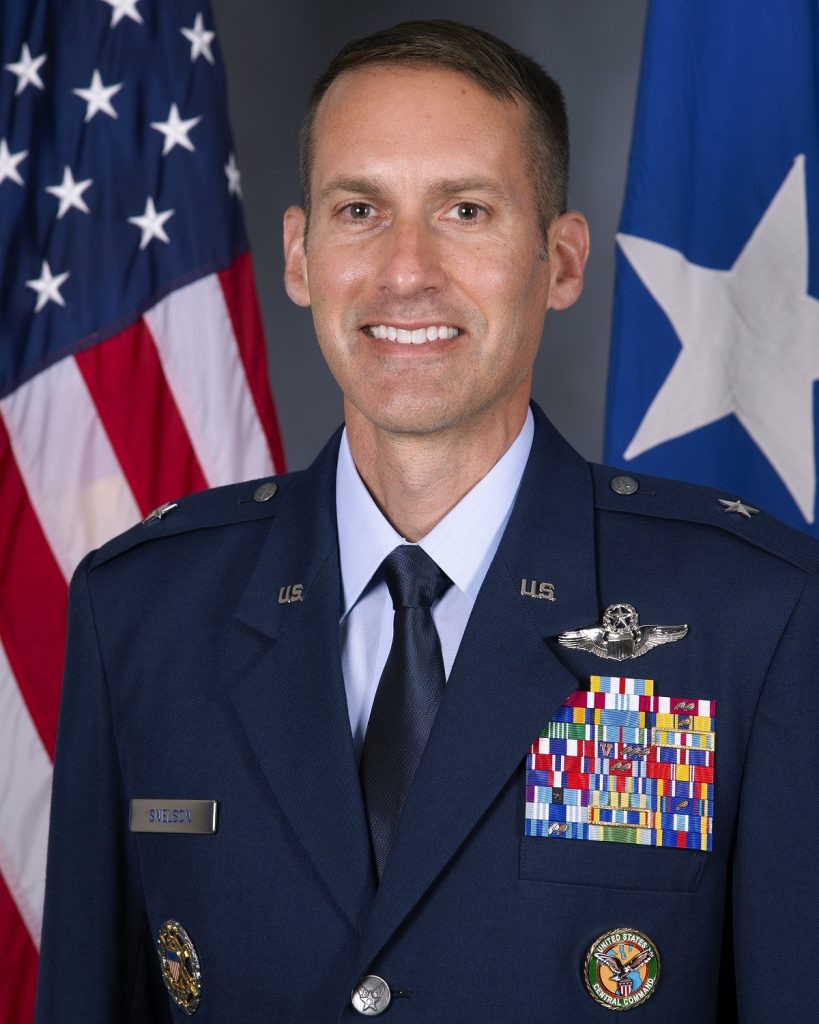 Stephen Snelson ’97 loved to play with Matchbox cars when he was a child. But unlike his friends, Snelson’s cars had a magical ability to fly, a simple yet imaginative gesture that would one day foreshadow the decorated career Snelson would enjoy in the Air Force.

It’s a lifelong profession that has seen him fly missions all over the world, from Afghanistan to Iraq, and it’s also one that brought him face-to-face with two presidents of the United States and their first ladies.

As the commander of the 89th Airlift Wing at Joint Base Andrews in Maryland, Snelson was responsible for oversight of Air Force One and its fleet of executive aircraft that carry out special global air missions that transport the president, vice president, cabinet members, combatant commanders and other senior military and elected leaders to destinations around the world.

Throughout it all, Snelson, a 26-year veteran of the Air Force, maintains the same steadfast commitment to serving his country that he first learned as a member of the Air Force Reserve Officers’ Training Corps (ROTC) at Syracuse University.

“I just knew when I was a little kid that I wanted to fly airplanes. It was a calling from an early age,” says Snelson, who earned a bachelor’s degree in aerospace engineering from the College of Engineering and Computer Science.

“If you had told Cadet Snelson in 1993 or 1994 that I’d be 26 years into a career in the Air Force as a two-time wing commander and one-star general, I never would have thought that was in the realm of possibilities,” Snelson says. “But it also speaks to the lessons learned and my approach to life, and it’s amazing how those lessons carry you through life. I learned those lessons and built the foundation of leadership at Syracuse University.”

“My first flight I got airsick, the first of many flights where I got sick up in the air. I came within one flight of washing out of pilot training, but somehow, I made it and I quickly realized being a fighter pilot wasn’t in the cards for me. So I gladly became a cargo pilot, and I loved the teamwork it required and the lifestyle it offered,” Snelson says. 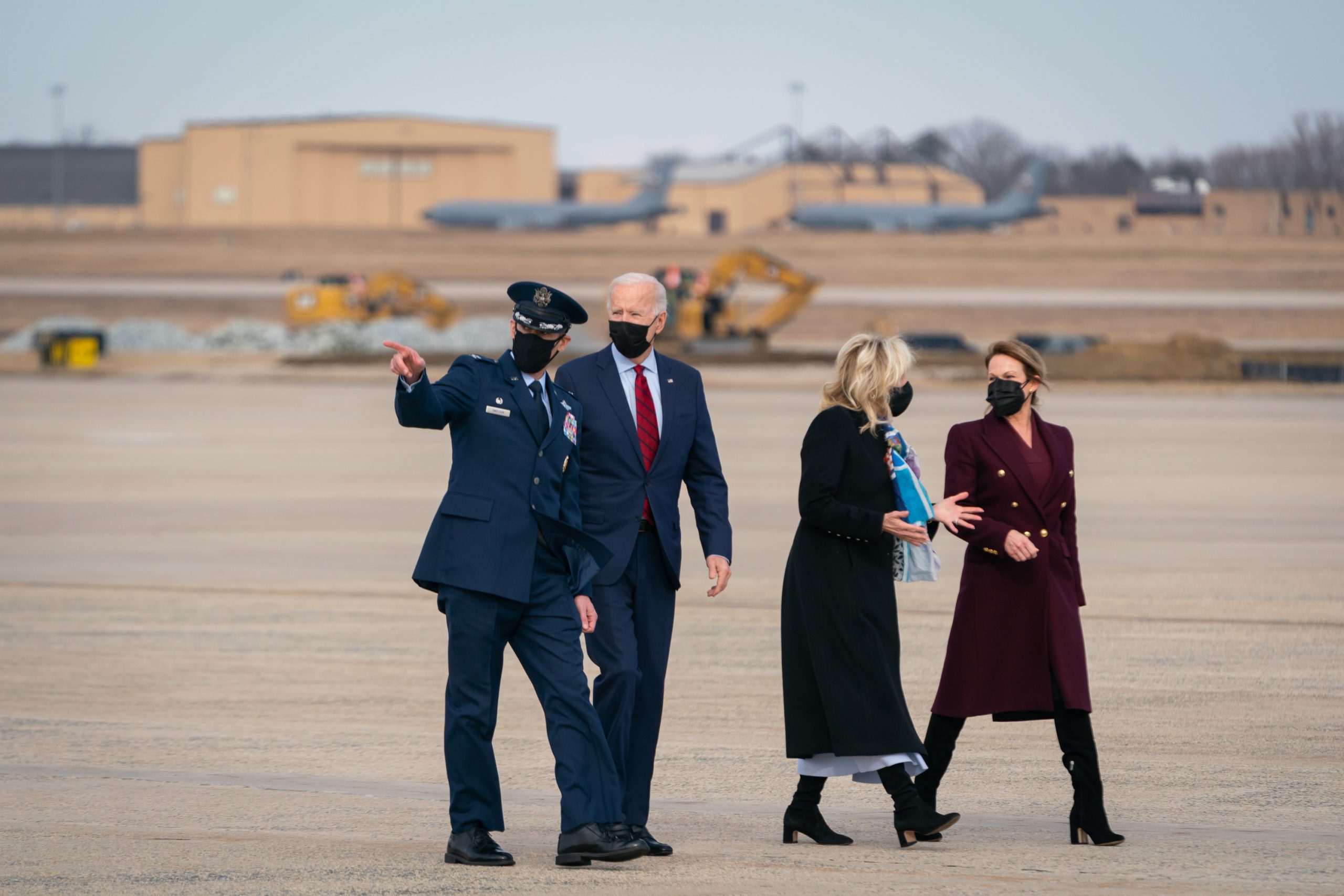 A relatively new pilot when the Sept. 11, 2001, terrorist attacks killed 2,996 people, Snelson flew the first of his nearly 100 combat missions in Afghanistan in the weeks after the attacks. On one of the first nights of Operation Enduring Freedom in Afghanistan, Snelson served as a C-17 cargo pilot, air-dropping packets of food to the civilian victims of the war.

Over the next 20 years, Snelson would fly into and out of Afghanistan on an assortment of missions, including leading air drops on select targets across the country. He was deployed to Kuwait during the fast-paced and frenetic final days of the United States’ involvement in Afghanistan, overseeing the day-to-day logistics that led to the successful evacuation of 124,000 Afghan civilians.

The Kabul airport became overrun with people looking for a way out of the country, which was facing an uncertain future with the Taliban assuming control of the war-torn nation. The images of families desperate for a way out left an indelible impression on Snelson, who led efforts to provide those people with food, water and shelter as they gathered at the airport.

“It was a daunting task. Right before we left for good, there was an ISIS suicide bomber that killed 13 service members. Part of my job was working the logistics to get the injured soldiers out of there while saving as many lives as we could. I was proud of what we were able to do in two and a half weeks. We saved the lives of 124,000 people. There’s no other nation in the world that could have or would have done that,” Snelson says.

Back in the Spring 2021 semester, as Hall of Fame men’s basketball coach Jim Boeheim ’66, G’73 was guiding the Orange into the Sweet 16 of March Madness, Snelson, like many Orange fans, was experiencing serious palpitations.

A huge fan of Syracuse athletics—some of his favorite memories of his time on campus were cheering on the football and basketball teams in the Dome—Snelson’s increased heart rate had nothing to do with the on-court happenings of the men’s basketball team, and everything to do with a short walk on the tarmac at Andrews Air Force Base in the Washington, D.C., suburb of Morningside, Maryland.

Leading up to Syracuse’s NCAA tournament game against Duke, Snelson was escorting President Biden to his latest flight, and the two started reminiscing about their time on campus. While Snelson keeps the exact contents of their conversation confidential, he proudly shared how the leader of the free world bonded with him about their love of Syracuse University, their passion for the men’s basketball team and how their time on campus set the foundation for their successful careers.

Oh, and of course they shared horror stories of those cold, snowy Central New York winters.

“It’s pretty amazing and pretty humbling to be able to form a bond with the president, especially knowing he went to Syracuse University. I was very nervous. I have one of those watches that tracks your heart rate, and when I looked at the data at the end of the day, during my interaction with the President, my heart rate looked like I was having a massive coronary episode I was so nervous. But it was special to me. Here we were, two proud Syracuse University alumni sharing a moment reminiscing about our alma mater,” Snelson says. 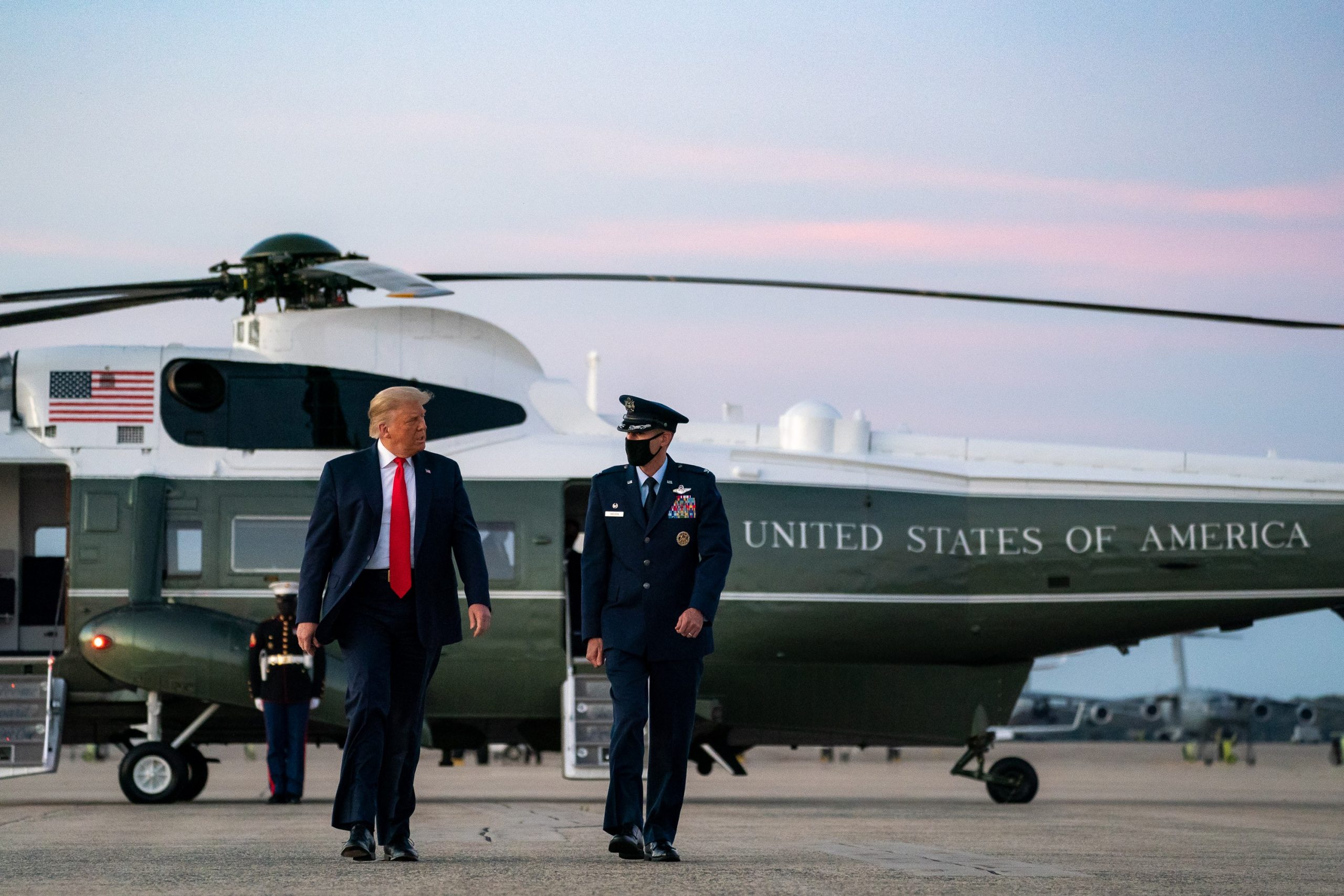 During these contentious political times, Snelson says he gained a newfound respect for the position of president. As he was escorting President Trump and President Biden to and from Air Force One, they would often ask Snelson how his wife and two daughters were doing, providing a human element to the most powerful position in this country.

“No matter how you try to rationalize or prepare yourself for an interaction with the president or our country’s other leaders, it was always surreal, but also inspiring. When you have conversations with these leaders, you realize they are people with families, just like me. Those experiences were special. It was a once-in-a-lifetime experience, and I treasured every day,” Snelson says.

Regardless of the position he held, Snelson approached every job with the same voracious work ethic he learned from both his parents and from his time on campus: no one was going to outwork or out-hustle Snelson.

That mentality served him well during a decorated military career that began as second lieutenant in 1997 and saw Snelson ascend to first lieutenant, captain, major, lieutenant colonel, colonel and, finally, brigadier general.

This November, as our country celebrates Veterans Day, Snelson is celebrating Syracuse University’s commitment to our nation’s veterans, through the D’Aniello Institute for Veterans and Military Families (IVMF), the Office of Veteran and Military Affairs (OVMA), and the other ways the University fulfills its promise to provide veterans with an affordable path to academic success.