Our country continues to face a military recruiting crisis – as many branches are offering sign-on bonuses and other incentives to get more people to join. Sean McFate, a senior fellow at the Atlantic Council and an adjunct professor at Syracuse University’s Maxwell School of Citizenship and Public Affairs, is an Army veteran and believes he knows the real issues at hand. He writes: 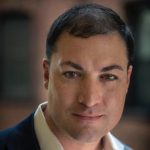 “Honestly, I have a hard time with the 2023 Index of U.S. Military Strength, and most things that come out of them these days. It’s a little naïve, because the military has already tried all these things, but it’s not worked. I don’t think their researchers are paying attention.

People don’t volunteer for the military just because they want job opportunities or a free education. Military life is hard, and you can get killed. You need to believe it’s worth it, and that’s the current problem. Who can blame youth today who look back on 20 years for war and ask: What was it all for? Nothing, apparently.

Also, this is an absolute trope and ‘red flag’ that these analysts are not taking it seriously: ‘Low unemployment rates (plenty of job opportunities in the civilian sector).’ It’s not like the late 1990s tech boom. The ‘plenty of job opportunities’ are not career opportunities. For example, yes McDonald’s and the Gap are hiring, but that’s probably not the reason people aren’t volunteering for the force. No one is saying, ‘Gee, I really want to be a VP at Burger King, so goodbye Army!’

If you’re interested in an interview with Sean, please reach out to Vanessa Marquette, Syracuse University Media Relations Specialist, at vrmarque@syr.edu.

Britney Griner is Free, but did it take a “dance with the devil” to make it happen?

Reporters looking for experts to discuss the issues around the release of WNBA star player Britney Griner from a Russian penal colony in exchange for a convicted arms dealer Viktor Bout, please see comments from Syracuse University professors. Brian Taylor,…

Diverse Santas are good for us

Last month, the Mall of America announced that the cast of six Santas at The Santa Experience will include an Asian Santa for the first time. The cast of Santas included two Black Santas as well as bilingual Santas, one speaking…

Moving the start of the 2024 democratic primary to South Carolina

Last week the rules committee of the Democratic National Committee voted to make South Carolina the first state in the 2024 primaries. A proposal championed by President Joe Biden, this would take away Iowa’s role as the first state to…

War Crimes in the Russian Invasion of Ukraine

Old politics from the 80s won’t solve the homeless crisis