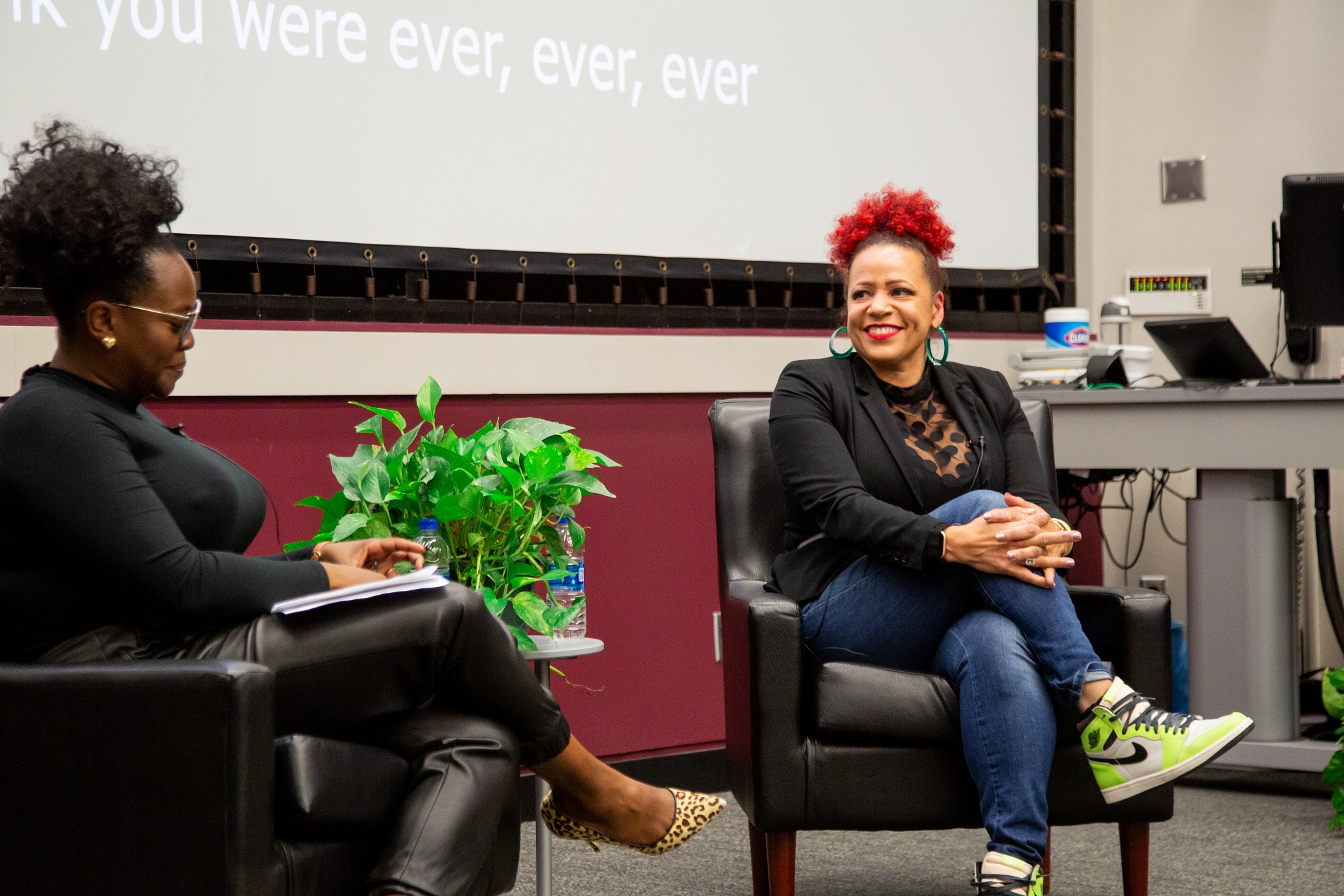 Nikole Hannah-Jones, right, Pulitzer Prize winner and staff writer for The New York Times Magazine, spoke on campus during a conversation about her work Friday, Oct. 28. Jessica Lynn Elliott, left, a fourth-year Ph.D. history student in the Maxwell School of Citizenship and Public Affairs, was the moderator for the discussion. (Photos by Reed Granger ’26)

Nikole Hannah-Jones, Pulitzer Prize winner and staff writer for The New York Times Magazine, spoke in-depth about her personal experiences and writings centered on racial injustice, an examination of the modern legacy of enslavement and school resegregation during a Universitywide event Friday, Oct. 28. The event, co-sponsored by the Office of Diversity and Inclusion and other campus units and schools and colleges, took place at the Syracuse University Art Museum.

Hannah-Jones is the author of the 1619 Project, a series of academic essays that was published in The New York Times Magazine to commemorate the 400th anniversary of the beginning of American slavery. Considered by many to be a cultural icon, Hannah-Jones has dedicated her career to covering civil rights and racial injustice.

During the University event, Hannah-Jones highlighted the central argument of her project, which is the significant role enslavement played in the building of our nation, as well as shining light on accurate historical facts around slavery that she says are rarely taught in America’s education system. “You can’t teach what you don’t know yourself,” she said.

The conversation continued with Hannah-Jones highlighting the fact that the reason the North seemed more desegregated than the South was because their population consisted of significantly fewer Black people before the Great Migration occurred. She pointed to the state policies aimed at suppressing Black populations, even in Northern states where slavery had been abolished or was not a common practice.

“Progressivism is almost everything but race,” Hannah-Jones said. “Slavery shapes everything in America, whether you know it or not.”

When asked a question about preparing to publish such a “controversial” project, Hannah-Jones said that the 1619 Project is not at all controversial, but rather argues from an explicit perspective. This perspective is that Black people are our nation’s real founding fathers and slavery not only had a significant impact on the U.S. Revolution, but our society as a whole, she said.

“Almost nothing is more fundamental to understanding society than slavery,” Hannah-Jones said. 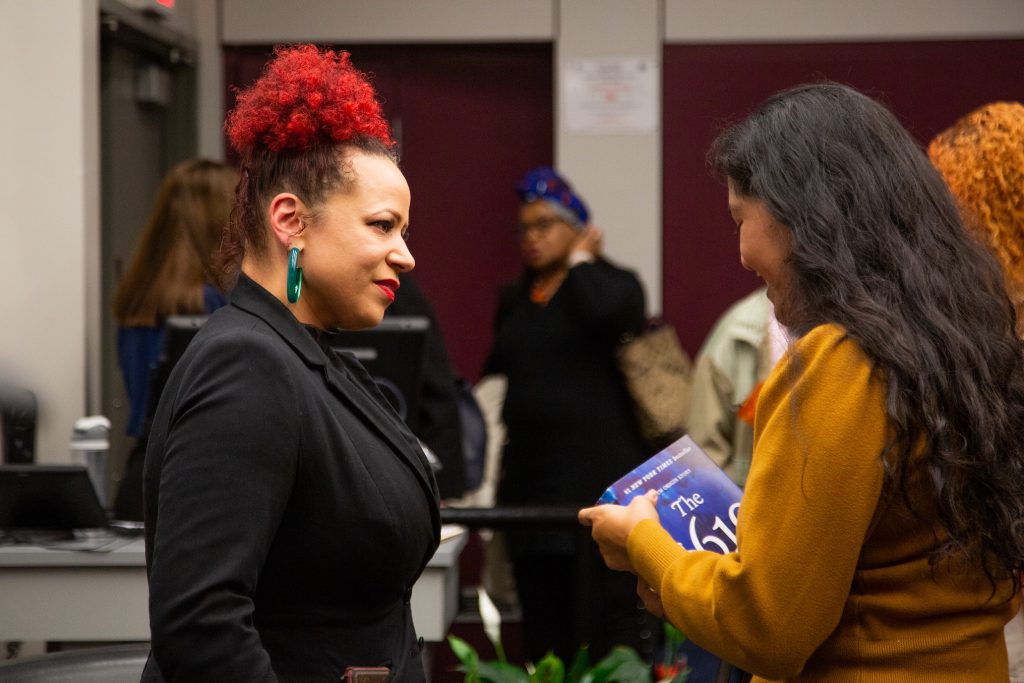 Nikole Hannah-Jones, right, Pulitzer Prize winner and staff writer for The New York Times Magazine, spoke on campus during a conversation about her work Friday, Oct. 28.

Hannah-Jones said she has not worked to be a professor her whole life, but rather a journalist who exposes what goes on and allows the people of democracy to decide what to do with it. She believes that there is no educator like the press, which has been the basis for all of her work, including the 1619 Project.

Hannah-Jones’ advice for those who want to make change is to pick a single institution that they align with the most and defend it.

Jessica Lynn Elliott, a fourth-year Ph.D. history student in the Maxwell School of Citizenship and Public Affairs, was the moderator for the discussion.

Along with the Office of Diversity and Inclusion, the event’s co-sponsors included the Office of Academic Affairs, the College of Arts and Sciences, the College of Engineering and Computer Science, the Martin J. Whitman School of Management, Maxwell School of Citizenship and Public Affairs, S.I. Newhouse School of Public Communications, Student Living, Syracuse University Libraries, the David B. Falk College of Sport and Human Dynamics, College of Law, School of Education, School of Architecture and the Center for Teaching and Learning Excellence.

Story by Julia Mazzer ’24, a student majoring in public relations in the S.I. Newhouse School of Public Communications and an intern with the Division of Communications