The first three episodes will be released on Wednesday, Nov.9, 2022, at a launch party at Bird Library in the Peter Graham Scholarly Commons from 3 to 4 p.m. and through the Sound Beat: Access Audio website and WAER 88.3’s website. Subsequent episodes will be released weekly on those two platforms, Soundbeat.org and WAER.org, which will also make the series available on popular podcast platforms such as Apple, Spotify and Stitcher. 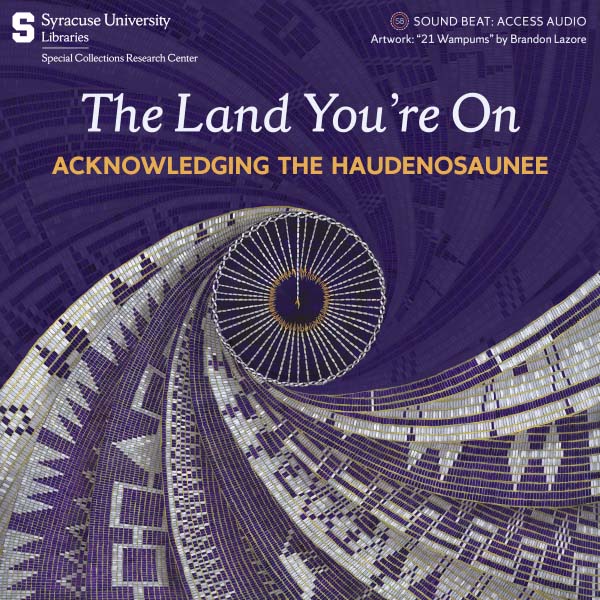 The podcast launch party will include an overview of the series, a preview of the first three episodes; remarks from Neal Powless G’08, University ombuds; and traditional Haudenosaunee food and drink from Angela Ferguson, seedkeeper of the Onondaga Nation.

The podcast series features candid conversations with Haudenosaunee students, alumni, staff and community members. Learn about the history and the people who were the first residents of our area. Why is a lacrosse stick so important to the Onondagas? What is it like being an ancestor of the Indigenous people of the land but going to college with mostly white students and faculty? How did matriarchal societies work for Native American groups and what is their connection to women’s suffrage? These are some of the topics covered in the podcast series. The first three episodes released include: