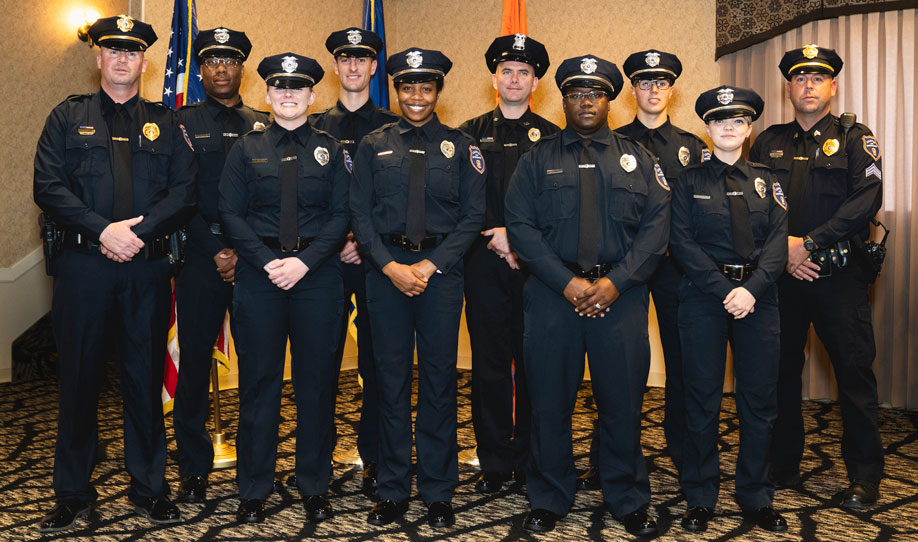 “I had the opportunity to see first-hand what these young men and women went through as they completed their academy training,” says Craig Stone, DPS chief and associate vice president. “I am proud of them and look forward to seeing them finish the program and be important assets to our team here at DPS.” 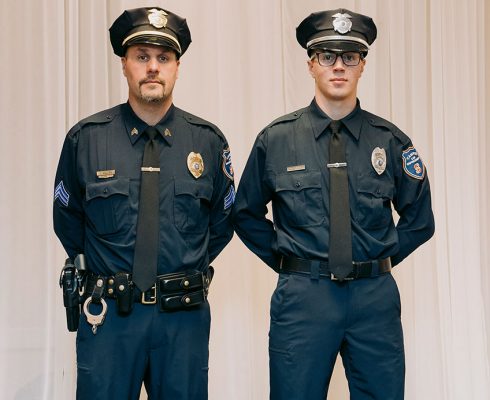 This class was very unique with the family ties that existed. This is the second time that DPS has had the son of a patrol sergeant attend and complete the academy. This time, Aidan Welling, son of Patrol Sergeant Jeremy Welling, will be joining patrol with his dad. “I couldn’t be more proud of Aidan, and am thrilled to have him join me here at DPS” says Sgt. Welling. “I also enjoyed being part of his training, but at the same time, as a father, I am obviously worried about him, given the nature of our profession, as any father would be.”

In speaking with Aidan about his time in the academy with his father, he says, “He often believed in me more than I believed in myself. I gained a whole new level of respect for him when going through the academy. I never knew what he did when he left for work each day before I started the academy, but being in the same work environment as him, and seeing how much work he puts in, how much knowledge he has, and how much he cares about the academy, and seeing each recruit succeed, was incredible to watch.” 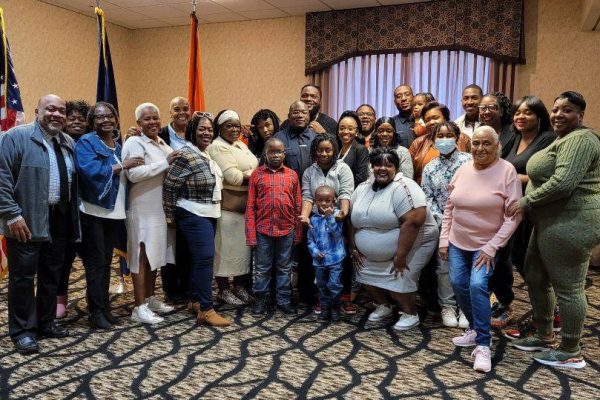 Members of the Smith and Tucker families gather during the Campus Peace Officer Academy ceremony on Oct. 5. Cousins Daquann Smith and Kevin Tucker graduated together.

That family support system continued with Daquann Smith and Kevin Tucker, who are cousins. This is not the first time they have graduated together. The duo also graduated high school together and now their graduation from the Peace Officer Academy was another exciting milestone their families got to celebrate together. When asked about their experience in the academy together, they shared that while the academy had its ups and downs, the two stuck it out and made a pact that no matter what, they would not quit and that they would “make it happen” and that is exactly what these two young men did.

“Any time we have an academy—given the nature of the time the group spends together—our recruits and the instructions become a supportive family unit of sorts. With the family connections we had pre-established this year, this happened even faster than usual,” say Sgt. Adam Wheeler, academy director. “I am very proud of what this group accomplished together this year.”

During the ceremony, in addition to the badge pinning and certificated being distributed, special honors went to valedictorian, Steven M. Hutchison.

The newest DPS graduates have begun their time as field training officers, working side-by-side with veteran DPS officers as they complete the required 480 hours of training before becoming fully qualified officers and officially completing the training program.