Join the Lender Center for Social Justice for a Conversation With National Organizers on Labor’s Revival on Oct. 24

After decades of decline, the labor movement in the United States is once again on the rise as workers turn to collective action to address workplace concerns and stagnant wages in the face of inflation. On the evening of Monday, Oct. 24, a group of prominent labor leaders and scholars will convene in Dineen Hall for a Lender Center Conversation exploring the 21st-century labor movement and the ongoing struggle for dignity and democracy at work.

The event, “Labor’s Revival: Unions and the Struggle for Racial and Economic Justice,” is hosted by Lender Center for Social Justice and will be led by the center’s co-director Gretchen Purser, associate professor of sociology in the Maxwell School of Citizenship and Public Affairs. 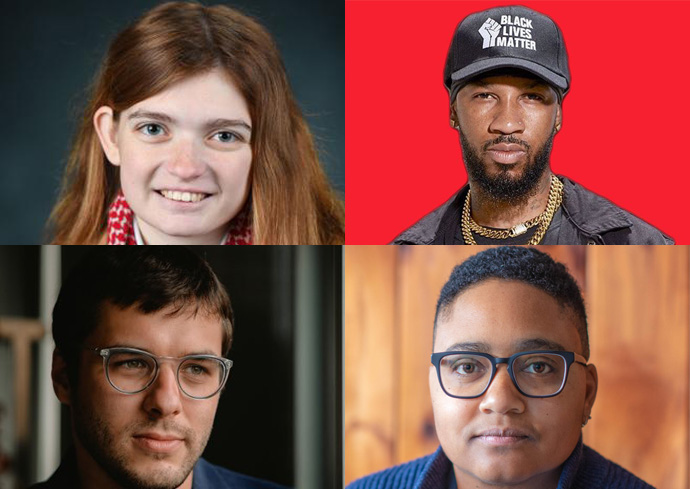 The dialogue begins at 4 p.m. with a panel discussion in Dineen’s Melanie Gray Ceremonial Courtroom featuring some of the most well-known names in the revitalized labor movement, including Amazon Labor Union President Chris Smalls, Starbucks Workers United Organizer Jaz Brisack, and Johnnie Kallas, director of the Labor Action Tracker at Cornell University’s School of Industrial and Labor Relations.

Following the panel, a reception with refreshments and tabling by local organizations will be held in Dineen’s atrium. At 6:45 p.m., a keynote speech will be delivered by Erica Smiley, executive director of Jobs With Justice and co-author, with Sarita Gupta, of “The Future We Need: Organizing for a Better Democracy in the Twenty-First Century.” Smiley is a long-time organizer and movement leader who has been spearheading strategic organizing and policy interventions for nearly 15 years. 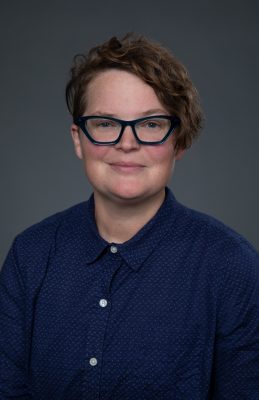 “We’re at a critical juncture in history and in the midst of a striking revival of worker power,” says Purser, whose areas of expertise include the sociology of work and labor, urban poverty, law and punishment, and housing and homelessness. “What is fueling the surge of interest in unions? What challenges are workers facing as they endeavor to organize the workplace? What are the opportunities within, and limitations of, our existing labor law?”

She says this year’s Lender Center Conversation will seek to answer those questions and more, exploring the present and future of the labor movement as well as the centrality of collective bargaining for a functioning democracy.

“As a faculty member whose research and teaching centers around work and labor, I am thrilled to see an event like this take place on campus,” Purser says. “I am especially excited for the opportunity it presents to bring together diverse constituencies from the campus and the broader Syracuse community.”

About the Lender Center for Social Justice

Marvin Lender ’63 and his wife, Helaine Gold Lender ’65, created the interdisciplinary Lender Center for Social Justice to fulfill their enduring mission to develop ethical and courageous citizens who are committed to practices of social justice. The center aspires to foster proactive, innovative and interdisciplinary approaches to issues related to social justice, equity and inclusion. It is co-led by James Haywood Rolling Jr., dual professor of art education and teaching and leadership in the College of Visual and Performing Arts and the School of Education, and Purser.