Japan residents were frightened by the ballistic missile North Korea fired over their country the other day. This move by North Korea has many questioning if it was in response to the growing alliance between the U.S. and South Korea, or if there is more. But what do they experts say about this?

Frederick Carriere, who teaches about the politics of North and South Korea and multi-track diplomacy at Syracuse University, says we must engage North Korea diplomatically. He writes: 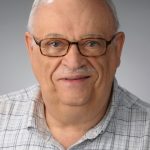 “The only effective response to this perceived threat is – not to duck and cover – but to engage North Korea diplomatically. The current spate of missile tests by North Korea is the usual tit for tat we’ve always seen when diplomacy is dead in the water while the Americans, South Koreans, and Japanese are busy saber-rattling. The Western media hypes North Korea’s missile tests and downplays or ignores the stimuli for them – e.g., U.S.-South Korea joint military exercises, increased military spending by both South Korea and Japan, the threatening dispatch of nuclear-capable aircraft to the Korean Peninsula by the U.S., etc. As the saying goes — and it cuts both ways — it takes two to tango.”

Carriere’s professional experience includes a 30-year career as an administrator in the nonprofit sector, initially as the executive director of the Fulbright Program in Seoul, Korea, and later as the executive vice president of The Korea Society in New York City. You can read more about him here.

To learn more or schedule an interview with Professor Carriere, please reach out to Vanessa Marquette, Media Relations Specialist, at vrmarque@syr.edu.