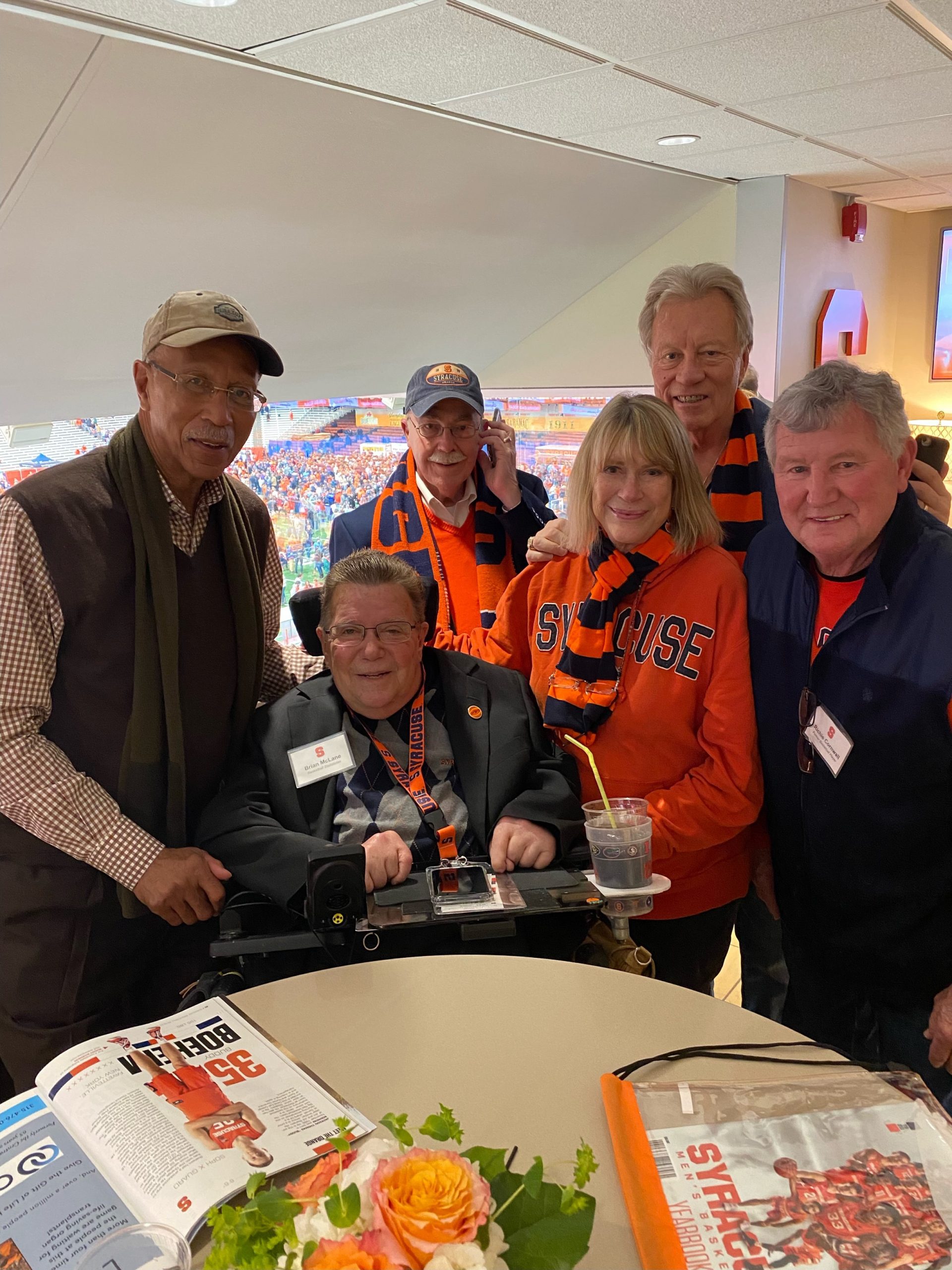 On the first day of his Introduction to American Politics class, Chris Faricy imparts a message to his students that will serve as a guide for the semester.

Faricy, associate professor of political science at the Maxwell School of Citizenship and Public Affairs, takes a similar approach in his own scholarly work: he examines how, when and for whom American democracy works. His forthcoming book will examine whether the creation of new social and economic benefits for citizens will revitalize public trust in the federal government and democracy.

For his teaching and subject area expertise, Faricy has been selected to hold a new professorship created in hopes of advancing civil discourse and mutual understanding in today’s polarized political climate. Syracuse University basketball legend George Hicker ’68 and his wife, Kathy, have created the Hicker Family Professorship in Renewing Democratic Community.

Combined with funds pledged by the University in support of the Forever Orange Faculty Excellence Program, the endowment totals $2 million. Launched in early 2022, the program strives to advance academic excellence by generating the resources needed to recruit and retain diverse and talented faculty in a highly competitive academic landscape.

“The generosity of George and Kathy Hicker will go far to advance our work at Maxwell,” says Maxwell School Dean David M. Van Slyke. “Their goals align with Professor Faricy’s work to bring evidence to promote dialogue and understanding. He is especially skilled at cultivating a learning environment in which students are engaged in understanding our political systems and the impacts of public policies on different communities and stakeholders.”

Faricy will hold the professorship for its inaugural term of five years. In addition to American politics, he researches social policy, income inequality, tax policy and public opinion on government spending. He authored “Welfare for the Wealthy: Parties, Social Spending, and Inequality in the United States” (Cambridge University Press, 2015) and co-wrote “The Other Side of the Coin: Public Opinion toward Social Tax Expenditures” (Russel Sage Foundation, 2021).

Faricy has received funding from the Russell Sage Foundation for his research on social, political and economic inequality. And, he has been cited by numerous media outlets, including The Wall Street Journal, The New York Times, Los Angeles Times, Forbes and The Washington Post.

“I am truly honored to have been selected to serve as the first Hicker Family Professor,” says Faricy. “The Hickers’ gift supports our work to examine how American democracy can better function during an era of increasing diversity, social stratification and political polarization.” 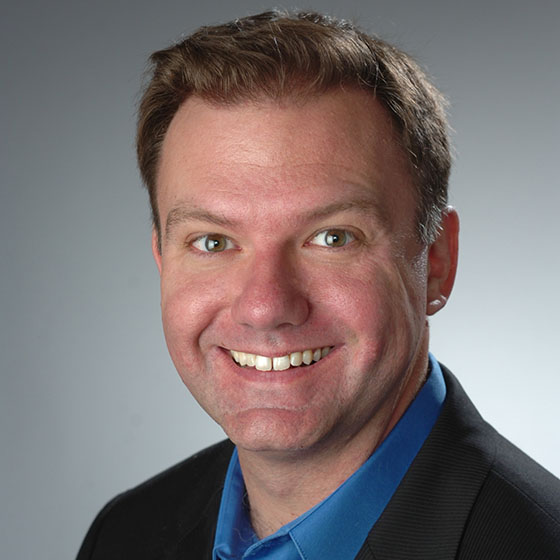 Hicker, who received a bachelor’s degree in political science from the Maxwell School and the College of Arts and Sciences, is president of the Los Angeles-based Cardinal Industrial Real Estate. He says his former teammates can offer relevant perspective from their storied careers as well as experiences they shared. The trio played for the Orange in 1966 when the team averaged 99.9 points per game and advanced to the NCAA’s Elite Eight regionals in Raleigh, North Carolina. Hicker remembers his elation turned to disappointment when he and teammates arrived at the hotel.

The check-in clerk told Coach Fred Lewis that the team’s four Black players—including Bing—had to stay at a different hotel. “I’ll never forget his words—he said, ‘Tell them to keep our plane warm, then, because we’re not playing,’” recalls Hicker.

Lewis’ words forced the hotel to reconsider, and the team got to stay together.

Hicker has reflected on the hotel scene throughout his life, especially amid the social reckoning of recent years. “More than 50 years have passed since that hotel incident and yet we as a nation are still plagued by racism and intolerance,” says Hicker. “It is not where I’d hoped our country would be—it is deeply unsettling, especially combined with what seems like weekly mass shootings and a deep political divide.”

Hicker says funding the professorship is an investment in the future. “It turns some of our frustration to hope,” he says.

His previous gifts have been transformative: At the University, he has supported students and brought brick-and-mortar improvements. He helped fund the construction of the Carmelo K. Anthony Center and the Ingwald and Lillian Hicker Basketball Plaza, named in honor of his parents. He also expanded opportunities for students with disabilities across the University, initiated an endowment fund to provide academic support for student athletes and contributed to numerous funds, including those named for his teammates, Bing and Boeheim.

Beyond Syracuse, Hicker’s philanthropy saved the modified basketball program at his alma mater in Franklinville, New York, and funded scholarships for graduates of his former high school. He has supported numerous charities, including KidSave International, Save-A-Life, the California Council of the Blind, the Los Angeles Aids Project, Camp Fundamental, the Brotherhood of American Veterans and the Fellowship of Christian Athletes.

Hicker is especially proud of his work with the Fellowship of Christian Athletes; he served as chairman of its board for nearly a decade and saw it expand to serve roughly 6,000 at-risk youth from over 100 schools every week.

Hicker played three seasons for the Orange starting his sophomore year. He was known for outstanding one-handed perimeter shooting, dubbed the “Hicker flicker.” After his first year on the court, he broke his femur in an automobile accident, leading to speculation about his future. Thanks to a strenuous rehabilitation program and his own determination, Hicker started the first game of his junior year, leading the team with 26 points. He went on to average 18.6 points per game for the season.

Hicker was drafted by the NBA’s Atlanta Hawks and saw the world playing with the European leagues and with a team sponsored by Gillette. Injury brought an early retirement; he then worked briefly as a concert promoter and manager for such legendary acts as Sly and the Family Stone, the Chambers Brothers, Iron Butterfly and Rick James.

The music industry work brought a move to California—and a realization. Hicker found success and enjoyed the exposure to big name performers, but he quickly saw the dark side of the industry as some of the most talented turned to drugs and alcohol.

“Around that time a friend said, ‘why don’t you take this real estate course?’” he recalls. “So, I took it.”

A decade later, he started Cardinal Industrial Real Estate. He and Kathy still reside in the Bel Air home they purchased in 1972. They have two grown sons, Konstantin ’18 and Nikolai, both adopted from Russia 16 years ago.

“We’ve been blessed in our lives, and we are pleased to be able to use our success to help others,” says Hicker.

Orange isn’t just our color. It’s our promise to leave the world better than we found it. Forever Orange: The Campaign for Syracuse University is poised to do just that. Fueled by more than 150 years of fearless firsts, together we can enhance academic excellence, transform the student experience and expand unique opportunities for learning and growth. Forever Orange endeavors to raise $1.5 billion in philanthropic support, inspire 125,000 individual donors to participate in the campaign, and actively engage one in five alumni in the life of the University. Now is the time to show the world what Orange can do. Visit foreverorange.syr.edu to learn more.