The retirement of Raymond Bach, center director of Syracuse University Strasbourg, has paved the way for new leadership in France. As this new chapter unfolds, Syracuse Abroad is excited to announce John J. Goodman as director of the Strasbourg center. 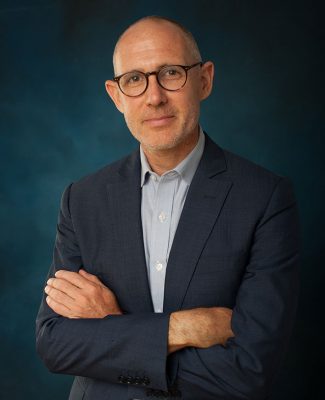 Goodman joins the center with an extensive background in law, diplomacy and conflict resolution, education, and leading international organizations, having served as a lawyer, an international relations scholar, a delegate in South Sudan for the Red Cross and an advisor to former U.S. President and Nobel Laureate, Jimmy Carter.

For the past eight years in his capacity as associate director of the center’s Conflict Resolution Program, Goodman was responsible for the center’s strategy, programming and operations in conflict zones in Africa. In this role, he led the mediation and peace-building activities in the contexts of war and democratic transition, with particular focus on engaging youth and women in these processes.

A key component of Goodman’s work has involved collaborating closely with educational institutions to select, supervise and mentor interns and graduate fellows, and to guest lecture and teach at universities. He is particularly passionate about his work with youth in addressing armed conflict, peace processes and democratic transitions, and has received accolades for his mentorship and educational work with students as interns.

“We anticipate that this unique background and experience positions John well to respond to the current demands and trends in international education, and to lead the Strasbourg Center with great competence,” says Erika Wilkens, assistant provost and executive director of Syracuse Abroad.

This is not the first time Goodman will be living and working in France. He first studied abroad in Strasbourg more than 20 years ago, eventually spending more time abroad in France as a student in Besançon, and then as a Fulbright Scholar in La Réunion.

In his new role leading the Strasbourg center, Goodman will spearhead program development, student affairs and community relationship building. He officially began his role on August 22, joining established faculty, staff and a cohort of 30 students in Strasbourg. 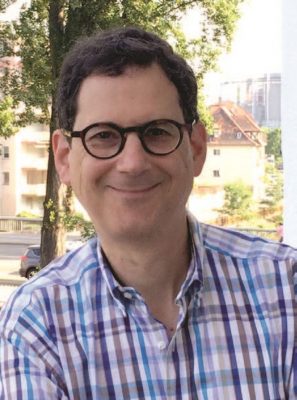 Bach retired after leading the Strasbourg Center for 22 years. During his tenure, he has been a pillar of Syracuse Abroad and integral in the development of the Strasbourg Center programs and curriculum. Bach is a leader of great intellectual force and a respected mentor and guide to students and colleagues alike.

While leading the Strasbourg Center and teaching French literature courses each semester, Bach designed and implemented two pre-semester Signature Seminars focusing on the challenges and opportunities within a multicultural Europe. He was also the driving force behind the implementation of the Syracuse Abroad Istanbul Center, the Exploring Central Europe program based in Poland and the Summer Internship program in Brussels.

Under Bach’s leadership, Syracuse Strasbourg entered into meaningful partnerships with the Strasbourg Music Conservatory and the INSA School of Engineering, providing students with local learning experiences in France. In 2018, Bach was elected to a three-year term as the president of the Association of American University Programs in France.

Syracuse Abroad is grateful for the dedication and innovative spirit that Bach has provided for the past 22 years, and is excited for this new chapter of leadership Goodman will deliver.