The world premiere of a chamber piece by Syracuse University Professor Natalie Draper is among the highlights of the Society for New Music (SNM)’s 2022-23 season.

The premiere is one of six programs that SNM is presenting this academic year throughout Central New York, encompassing a range of sounds, styles and compositional scenes.

Founded in 1971, SNM is the only year-round new music organization in New York state outside of Manhattan. The Syracuse-based nonprofit also is a longtime University partner, with students, faculty and alumni annually participating in 30-some concerts and workshops. For more information and to purchase tickets, visit societyfornewmusic.org. 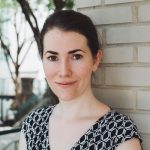 “Evolutions is a three-movement work exploring gradual change, the idea that something can evolve out of nothing,” explains Natalie Draper, an assistant professor in the Setnor School of Music in Syracuse’s College of Visual and Performing Arts. Scored for an extended Pierrot Ensemble (i.e., flute, clarinets, violin, viola, cello, piano and percussion), the program’s title work begins with a groove, which Draper reworks through various instrumental colors and registers. The wave-like second movement swells before receding into a lush, choralesque finale. 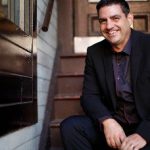 Also on the program are “Floating Points“ by Ryan Carter and “Pointillism” by Symphoria Principal Pops Conductor Sean O’Loughlin ’95, both commissioned by SNM. “Minnaloushe” by Alexandros Darna completes the program. Darna is the 2022 winner of the Brian M. Israel Prize, co-sponsored by SNM and the New York Federation of Music Clubs.

The concert is performed by members of the Society Players. 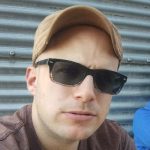 SNM is the brainchild of Neva Pilgrim, who co-founded the successful nonprofit in 1971. Not even a global pandemic has deterred SNM from continuing to fund commissions, present concerts and workshops, and recognize emerging composers. “We’re excited about the next 50 years,” says Pilgrim, who has served as an artist-in-residence at Syracuse and Colgate universities. “The success of the Society for New Music is a testament to not only the hard work of many people, but also the growing popularity of contemporary classical music.”

Pilgrim, who also has produced and hosted “Fresh Ink” on WCNY-FM for the past 26 years, sums up the SNM aesthetic with three words: “Variety. Imagination. Originality.”

Regular tickets are $20. Student and senior citizen tickets are $15. Audience members 18 and under are free of charge.

“Repair Works” is free to Syracuse students, faculty and staff with ID.