Military Considerations for War in Ukraine

It has been six months since the Russian invasion in Ukraine began. Below, you can read what two of our Syracuse University faculty experts say about the future of the war. 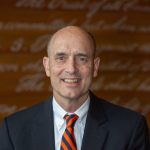 Hon. James E. Baker is the director of the Syracuse University Institute for Security Policy and Law, a professor at the Syracuse College of Law and the Maxwell School of Citizenship and Public Affairs, and a distinguished fellow at the Georgetown Center for Security and Emerging Technology, Georgetown University. He previously served as a Judge and Chief Judge on the U.S. Court of Appeals for the Armed Forces. He has been active on the war in Ukraine. You can read his full biography here. He writes:

“As military experts analyze the tide of war and diplomats search for mechanisms to end the war, lawyers should ask does law matter? Does law matter where one nation invades another with impunity and commits serial war crimes in the process? Does the law of the UN Charter, of state sovereignty, territorial integrity, and political independence matter? Do the Nuremberg Principles and the law of armed conflict matter?  Lawyers should answer these questions and in doing so make the case for law. Why? Because while Ukraine is a contest between armies, and cultures, it is also a battle about the meaning of law and whether law matters. Lawyers should also ask, where do we go from here? Is there a role for international in ending the war, Ukraine’s reconstruction, and in protecting Ukraine from Russian aggression in the future?  And, considering Ukraine, how should U.S. and international law evolve in response?” 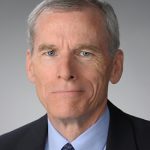 Retired Vice Admiral Robert B. Murrett is a Professor of Practice on the faculty of the Maxwell School of Citizenship and Public Affairs at Syracuse University and serves as the Deputy Director of the Institute for Security Policy and Law at the University. He is also on the adjunct staff of the RAND Corporation and the Institute for Defense Analyses. Previously, Murrett was a career intelligence officer in the U.S. Navy, serving in assignments throughout the Pacific, Europe, and the Middle East through his thirty-four years of duty. You can read his full biography here. He writes:

“As both the Ukrainian forces and Russia prepare for offensive operations in the weeks ahead, it is important to keep in mind the long-term strategic goals on both sides. The Ukrainian armed forces continue to add additional capability, economic sanctions against Russia have had increasing impact, and support for Ukraine by the NATO alliance and other nations has remained remarkably steady. These and other factors could provide a more favorable basis for bringing the war to an end on terms acceptable to Kyiv before winter sets in.”

If you are interested in interviewing either of these two, please reach out to Vanessa Marquette at vrmarque@syr.edu.