Producers Ben Holtzman ’13 (he/him), Sammy Lopez ’13 (he/him), Fiona Howe Rudin (she/her) and Syracuse Stage announce that tickets are now on sale for the world premiere musical “How to Dance in Ohio.” With rehearsals scheduled to begin in Syracuse in August, the full creative team has been finalized. 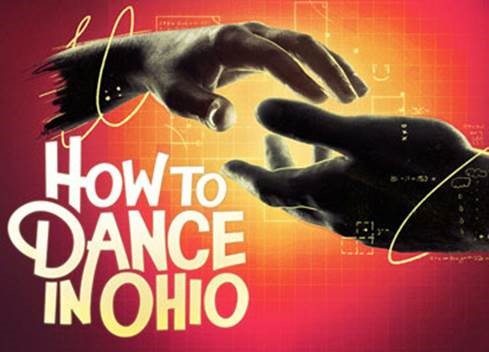 “How to Dance in Ohio” is inspired by Alexandra Shiva’s Peabody Award-winning documentary of the same name. With book and lyrics by Rebekah Greer Melocik (she/her), music by Jacob Yandura (he/him), choreography by Mayte Natalio (she/her) and direction by Sammi Cannold (she/her), “How to Dance in Ohio” is scheduled as the 2022/2023 season opener at Syracuse Stage and will run Sept. 21 to Oct. 9, 2022. Tickets are available at www.syraucsestage.org or at the Syracuse Stage Box Office (315-443-3275).

“How to Dance in Ohio” is a heartwarming new musical that explores what it means to belong, the courage it takes to put yourself out in the world, and the universal need to connect. Based on Shiva’s award-winning documentary, produced by HBO in 2015, the musical follows the challenges and exhilarations faced by a group of seven autistic young adults at a counseling center in Columbus, Ohio. With the support of clinical psychologist Dr. Emilio Amigo, the center arranges a spring formal dance, and encourages them as they encounter love, fear, stress, excitement and hope, along the path to human connection.

Through a dedication to authentic autistic representation, the musical’s creators adhere closely to the documentary’s narrative and spirit, offering a visible platform for autistic actors in a way that has never happened before in a new musical, both on and off the stage. Ava Xiao-Lin Rigelhaupt (she/her) serves as the production’s ASD creative consultant with Becky Leifman ’10 (she/her) as the director of community engagement. Additional administrative support will be provided by associate producer Jeremy Wein (he/him), assistant producer Keara Moon (she/her) and producing intern Pua Tanielu (she/her).

The musical was originally developed with the legendary Broadway director Harold Prince and is dedicated to his instrumental work on the project. The production has received support from the Prince Fellowship and the Shubert Organization’s Artistic Circle. Holtzman, Leifman and Lopez are alumni of Syracuse University.

About Syracuse Stage
Founded in 1974, Syracuse Stage is the non-profit, professional theatre company in residence at Syracuse University. It is nationally recognized for creating stimulating theatrical work that engages Central New York and significantly contributes to the artistic life of Syracuse University, where it is a vital partner in achieving the educational mission of the University’s Department of Drama. Syracuse Stage’s mission is to tell stories that engage, entertain and inspire people to see life beyond their own experience. Each season 70,000 patrons enjoy an adventurous mix of new plays, and bold interpretations of classics and musicals, featuring the finest theatre artists. In addition, Stage maintains a vital educational outreach program that annually serves more than 21,000 students from 16 counties. Syracuse Stage is a constituent of the Theatre Communications Group (TCG), the national organization for the American theatre, and a member of the Arts and Cultural Leadership Alliance (ACLA), the University Hill Corporation and the East Genesee Regent Association. Syracuse Stage is a member of The League of Resident Theatres (LORT), the largest professional theatre association in the country.

In its commitment to better serve all of the Central New York community, Syracuse Stage has announced the addition of two sensory friendly performances to the 2022-23 season: “How to Dance in Ohio” on Saturday, Oct. 8 at 7:30 p.m….

A strong film education from the College of Visual and Performing Arts, robust resume of production experience and lifelong obsession with the New York Yankees prepared Gabe Honig ’01 for a “dream come true” opportunity to produce “The Captain,” a…

From its botanical properties to its existence as a global trading commodity, its role in international relations and the culture surrounding its consumption, tea has brought people together from around the world for various reasons for centuries. An academic gathering…

Somewhere deep inside a laboratory on the Syracuse University campus, students gather in a dark room, the only light coming from the glow of a computer. The pixels on the screen visualize an up-close view of a cell, uncovering a…

Architecture design firm, General Architecture Collaborative (GAC) was recently announced as a recipient of a 2022 SARA | NY Design Award for their project, the Learning and Sports Center, a rural community center in Masoro Village, Rulindo, Rwanda, which combines…