As classes and activities take place during the year throughout the Whitman School of Management, alumnus Bobby Pangborn ’20 works to keep things running smoothly for faculty, staff and students. 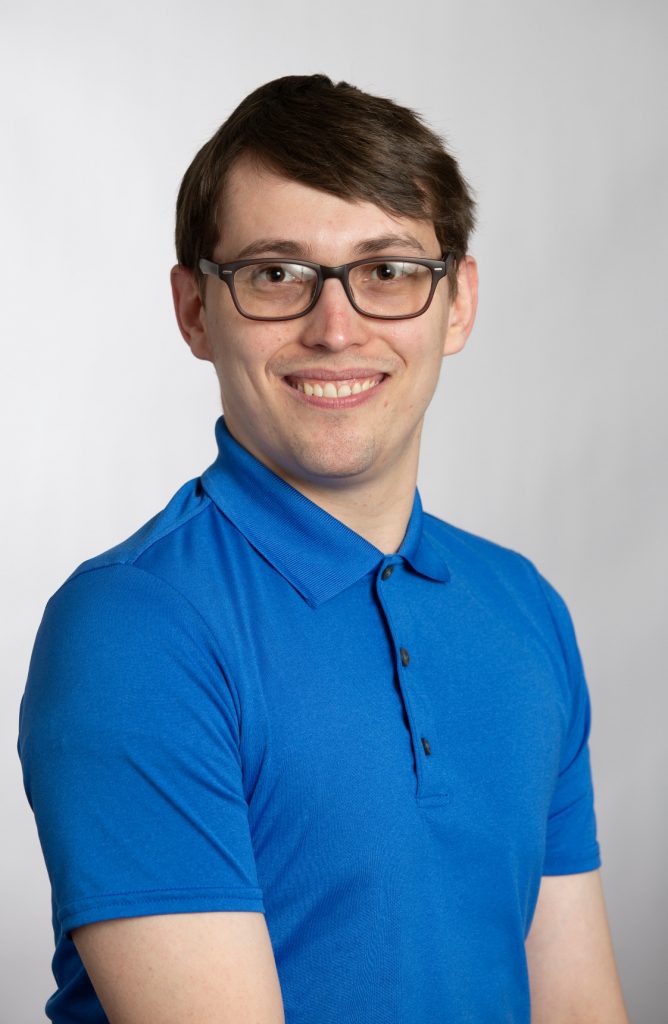 Pangborn graduated from the University’s InclusiveU program in 2020, receiving a certificate in drama. He stayed on after graduation as a part-time employee in the Whitman School mailroom, where he had interned throughout his time with InclusiveU. He continues a family tradition, as his mom, Amy Pangborn, is a former employee of the Bernice M. Wright School and the School of Architecture.

“I brought him back as we didn’t want him to leave,” says Sue B. Dean, office coordinator. “Bobby is part of the family…He is very reliable and he knows how to work the cranky copier!”

In the mailroom, Pangborn does the jobs that people don’t see but that are critical to the smooth function of the school’s operations. He completes copy jobs, sorts and distributes mail, distributes student paychecks, sends package notifications and makes sure that supplies are stocked, organized and labeled.

Dean says that Pangborn has not only been a stellar employee with great attention to detail, but a great mentor as well for student employees. “He shows them the ropes and how to do the job,” she says.

Pangborn has made a name for himself outside of work as well. Last winter, he competed locally in the Special Olympics and earned two medals—for giant slalom and regular slalom. He has been a skier since middle school, when he participated in ski club, and trained at Greek Peak and Song Mountain. What is his key to success on the slopes? “I always do my best,” he says.

He also has found a niche on the stage throughout the years. A seasoned actor, Pangborn has performed at the Redhouse and in the ensemble for several local theatrical productions, including “Hairspray,” “Godspell,” “Oliver,” “The Music Man” and “Carousel.”

“Bobby is really awesome,” says Brianna Shults, director of InclusiveU. “He was always an active member of the Syracuse University community when he was a student. He attended many events and had great relationships with everyone he met.”

“As an alumni, Bobby has been active in participating in various conference panels and employment events to share his experience while he was on campus, and how that helped to shape what he is doing now that he has graduated,” says Shults.