The Martin J. Whitman School of Management has announced that Tracy Barash ’89 has been appointed chair of the Whitman Advisory Council. 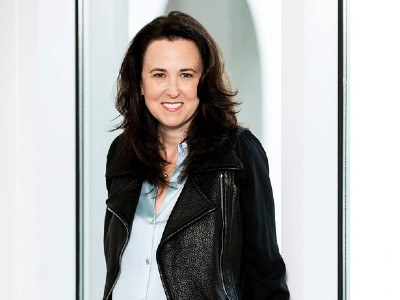 Tracy Barash ’89 is senior vice president/head of research, data and insights, business operations and franchise planning for Turner Sports and Bleacher Report, a division of Warner Bros. Discovery. In this role she oversees the team that conducts research and leverages data and insight to drive growth for brands and platforms, including the NBA, MLB, NHL, NCAA Division I Men’s Basketball Championship, the Match and the Bleacher Report. She also leads a business operations team that drives strategic alignment and execution across the Sports organization.

Additionally, Barash is tasked with developing new franchises that can be monetized across the portfolio. Previously, as senior vice president of marketing, she led the overall consumer marketing, product marketing and marketing operations teams across all sports, including consumer, brand and product marketing efforts for Bleacher Report.

Barash has a strong history of leading marketing, brand development and franchise management for high-profile brands. This experience includes roles as vice president of Global Franchise Management for Cartoon Network where she developed strategic plans for such programs as “The Powerpuff Girls” and “Ben 10,” at Warner Bros. Consumer Products where she was a key member of the team that launched The Wizarding World of Harry Potter at Universal Orlando and managed the development of “Harry Potter: The Exhibition” global museum tour, and at Diageo where she oversaw the marketing strategy and execution for such brands as Smirnoff Vodka, Malibu Rum and Baileys Irish Cream.

In addition to her professional achievements, Barash is a member of the Whitman Advisory Council and is the co-chair of Atlanta Regional Council for Syracuse. She was a voting member of the Syracuse University Board of Trustees during her term as the president of the Syracuse University Alumni Association Board, where she also served on the National Campaign Council.

“We are so fortunate to have someone with Tracy’s background and passion take on this new role in support of the Whitman School and Syracuse University. I am very grateful for her continued leadership in working on behalf of all advisory council members in furthering the Whitman School and its programs,” says Gretchen Ritter, vice chancellor, provost and chief academic officer.

“I am honored to serve as the next chair of the Whitman Advisory Council, working to drive Whitman’s strategic mission forward, while supporting its dynamic students and engaging the Whitman alumni community to join me in this endeavor,” says Barash.

“I would like to express my tremendous appreciation to Lisa Fontenelli ’86 for her four years of outstanding leadership of the Whitman Advisory Council. Lisa has been instrumental in helping to forge a pathway forward for Whitman and we are so pleased that she will continue to support Whitman on the council moving forward,” says Alex McKelvie, interim dean at the Whitman School.