Since 2017, Syracuse University has had the privilege of partnering with the Pat Tillman Foundation (PTF) as one of 16 university partners. This year, Anthony Ornelaz, a student in the master of fine arts program in the College of Arts and Sciences, and three College of Law students in the online J.D. program, Natasha DeLeon, Amanda Higginson and William Rielly, have all been named 2022 Tillman Scholars. The four Tillman scholars mark the most scholars awarded in one year at Syracuse University since the University partnered with the foundation.

The newly named class of 60 U.S. service members, veterans and military spouses across the nation will receive more than funding for scholarships from the foundation to pursue higher education degrees.

“We’re thrilled to welcome Anthony, Natasha, Amanda and William as four of the 60 veterans and military spouses as part of our global Tillman Scholar community,” says Dan Futrell, the foundation’s CEO and 2011 Tillman Scholar. “We believe that veterans and military spouses are uniquely positioned to fill the leadership gap that our society faces. It’s our honor to support these students making an impact at Syracuse University as they grow as leaders and enter their next chapter.”

“Each year, it’s so exciting to get to know a new class of Tillman Scholars and help them realize their potential for service and impact,” says Marie Tillman, board chair and co-founder of PTF. “It means so much to see them continue to carry Pat’s legacy and values forward, in fields as diverse as medicine, music, architecture and geoscience. Anthony, Natasha, Amanda and William exemplify the values and leadership that Pat lived by, and we can’t wait to see what they do at Syracuse University.” 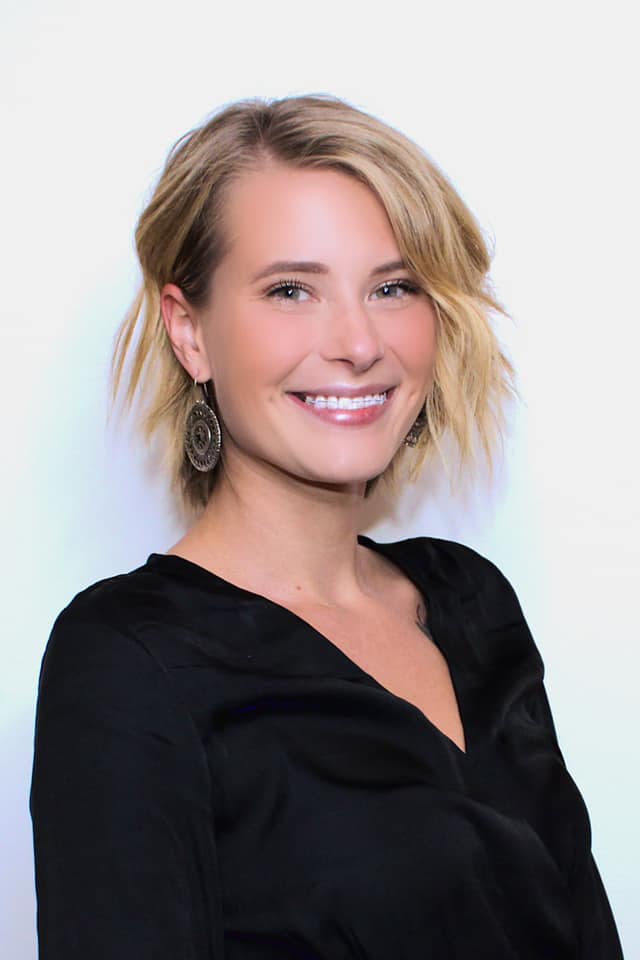 DeLeon joined the U.S. Marine Corps to pursue her goal of serving others on a grand scale. As a Marine, DeLeon worked to deploy service members to combat locations in support of various operations. In 2014, she deployed to Afghanistan in support of Operation Enduring Freedom, where she aided in the return of over 120,000 service members to their families back home.

While serving in the Marine Corps, DeLeon began volunteering in San Diego’s foster care system as a court-appointed special advocate. This led her to pursue a bachelor of arts in psychology and work part-time at a group home for teen foster boys. Upon completion of her service, her passion for social work grew.  DeLeon earned a master of social work in 2019, while she also interned as a therapist. During this time, DeLeon lived in Togo while supporting her husband during his active-duty Marine Corps career. While in West Africa, DeLeon led physical self-defense courses for women in vulnerable positions and volunteered with nonprofit organizations centered around eliminating gender-based violence.

Following their tour in Togo, DeLeon and her family moved to Colombia where she began working remotely as a paralegal for a private law firm. This is where she began to connect the injustices in the legal and social work systems. From here, DeLeon developed a passion for criminal defense and family law. She is pursuing a juris doctor degree so she can provide legal assistance and advocacy as an attorney. 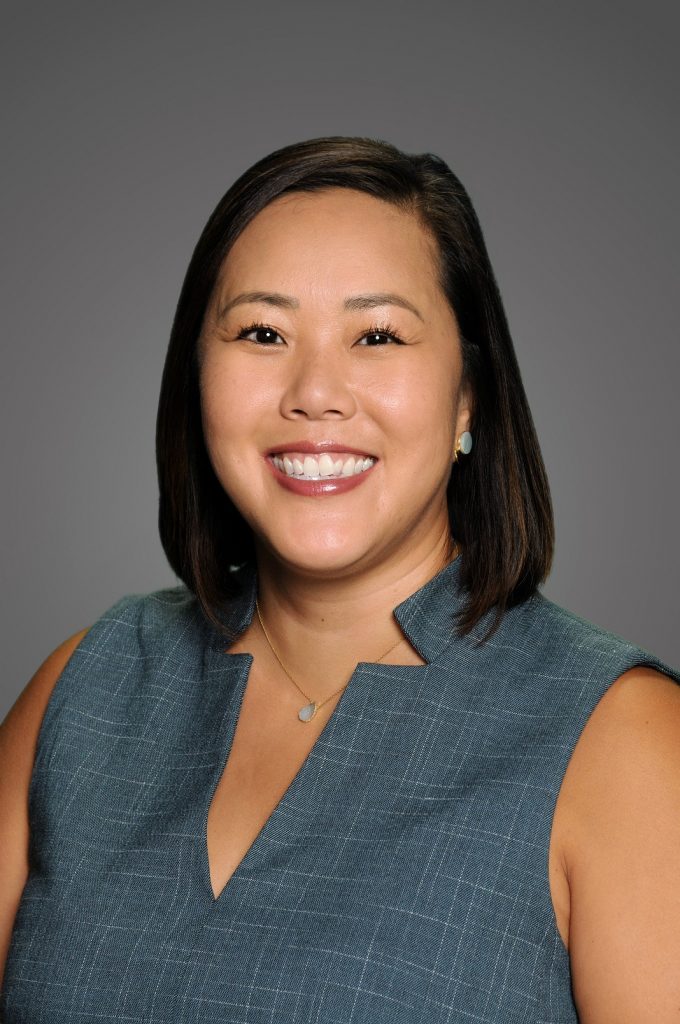 Higginson’s upbringing in South Florida was anything but typical. She was adopted as an infant, and her father, who was shot and paralyzed in the Vietnam War, taught her about extreme resilience and persistence in the face of adversity. Wanting to give back to military medicine, Higginson received a Navy Health Professions Scholarship and earned a medical degree at the Alpert Medical School at Brown University. She completed her residency in pediatrics at the Walter Reed National Military Medical Center Bethesda and served on active duty for seven years alongside her husband, deploying twice.

Currently the interim associate dean for student affairs at the Brody School of Medicine at East Carolina University, Higginson supports students on their journey to achieve their personal, academic, and career goals. She continues to practice general outpatient pediatric medicine, caring for children in a largely rural, underserved area. Choosing to enter law school as a mid-career physician, Higginson saw law school as an opportunity to enhance her advocacy for children particularly related to social determinants of health, as well as expand her knowledge of issues that impact the daily functioning of an academic medical center to more effectively advocate for her students. At the intersection of law and medicine, Higginson hopes to create structural change both at work and in her community to empower others to live, work, and achieve their goals at their full potential. 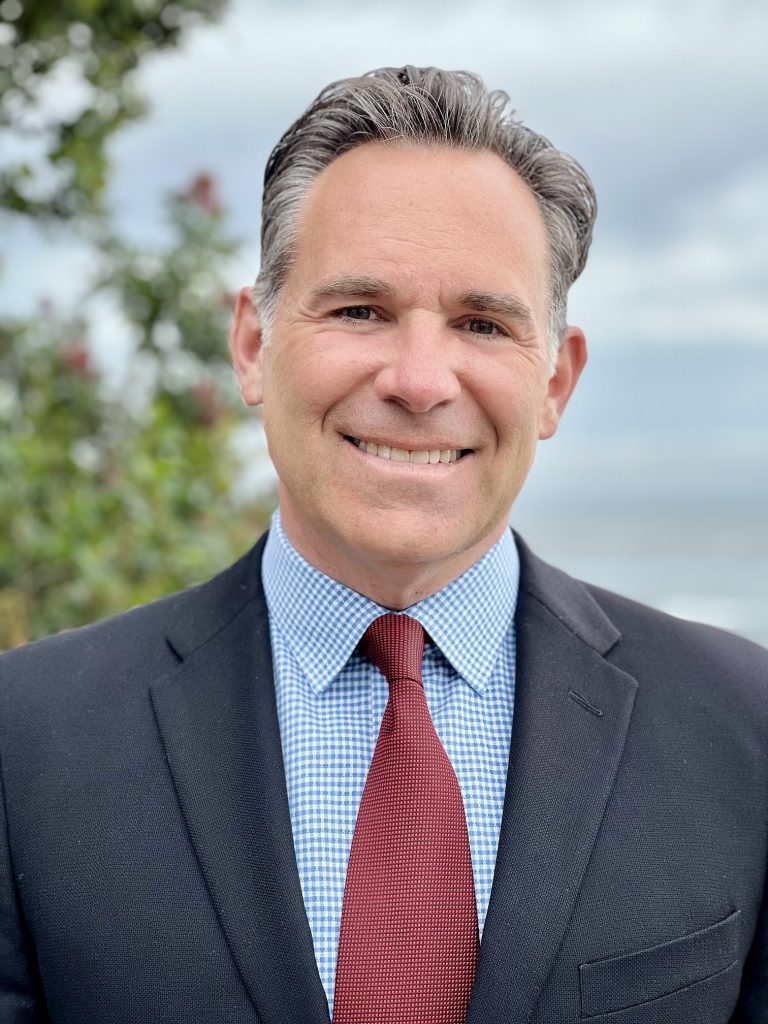 Rielly is an Army veteran and West Point graduate. His career has ranged from leading artillery units in Germany to executive roles at Microsoft and Apple. While working at Apple, Rielly started volunteering in California state prisons and found the incarcerated men he worked with wanted to be accountable for their actions and create a positive future. He discovered immense untapped potential among the incarcerated men and was inspired to leave his job at Apple and focus full-time on reform efforts in the criminal legal and parole system.

Rielly is enrolled in the College of Law (J.D. candidate, Class of 2024) and intends to change the parole and probation laws across the country to create pathways of redemption for incarcerated and formerly incarcerated people so they can leverage their talents, achieve their full potential and positively impact their communities.

He intends to lead this innovation and create a better system through legal advocacy, changing the public’s perception of the issues, and enlisting advocates inside and outside the current system. The outcomes Rielly foresees are better, safer communities; more highly qualified employees; and a criminal legal system of accountability and redemption. 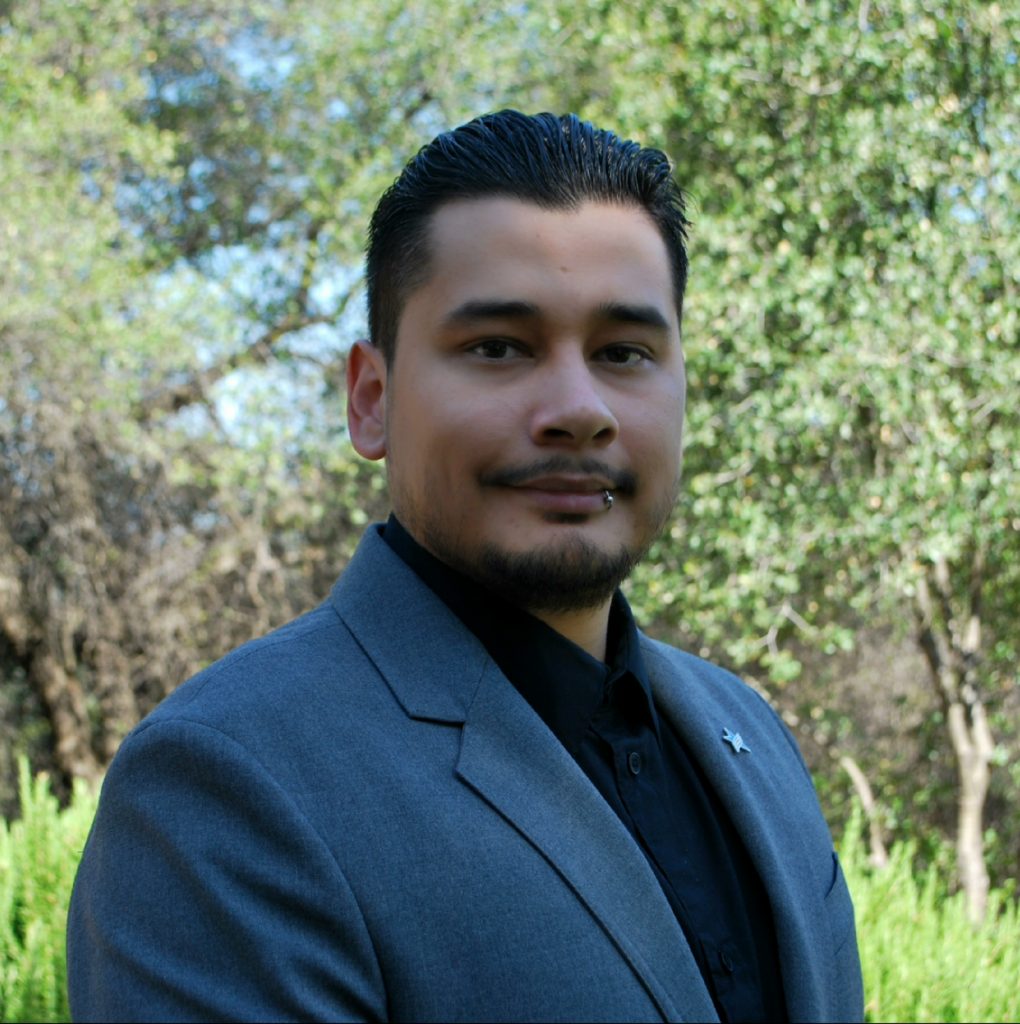 Ornelaz was from a small agricultural town in Southern California named Wasco. He always dreamed of joining the military and following the examples set by his grandfather and father and enlisted in the U.S. Air Force as a security forces member in 2006. His service gave him the opportunity to live and work in Turkey, Italy, Kuwait and Germany, where he immersed himself in those respective cultures. His eight years of service saw him hold such positions as nuclear security controller, installation patrolman and physical security manager. Ornelaz’ military service would eventually push him toward academia upon his discharge.

He would attend Sierra College and earn three associate degrees in history, social and behavioral sciences, and LGBT studies. From there, Ornelaz would transfer to Amherst College, where he earned a bachelor’s in history and sexuality, women and gender studies. Currently, he is completing a master of fine arts in creative writing in the College of Arts and Sciences. His work—a collection of poetry—centers on military service, America’s nuclear apparatus, and his involvement in and proximity to both. Ornelaz is pursuing this endeavor in the hopes of reflecting and inspiring those who do not normally occupy artistic spaces. He is also striving to carve out new spaces in the field of poetry that allows new perspectives and experiences to exist and flourish.

“Today is a historic day for Syracuse University with the announcement of four Tillman Scholars,” says retired Col. Ron Novack, executive director of the Office of Veteran and Military Affairs. “Being the Best Place for Veterans is embodied by these individuals whose strength, spirit, academic distinction and tremendous potential are pillars for what Tillman scholars are known. We applaud them as they receive this prestigious honor.”

Michael Haynie, vice chancellor for strategic initiatives and innovation and executive director of the D’Aniello Institute for Veterans and Military Families, says, “The Tillman Foundation’s mission is very much aligned with Syracuse University’s longstanding commitment to making a world-class educational experience accessible to those who have served and their families. Since the University became a Tillman partner in 2017, the foundation has supported five remarkable scholars at Syracuse University. The addition of four Tillman scholars in this year’s class, is affirming of our work and steadfast commitment to advancing educational opportunity for the nation’s veterans and their families.”

“Tillman Scholarships are extremely competitive and are only awarded to those who have made an impact through their service. I am both pleased and grateful that not one, but three College of Law students have been awarded Tillman scholarships for this year. Natasha, Amanda and William are living extraordinary lives through their military commitments and now they are on the path to becoming extraordinary Orange lawyers,” says College of Law Dean Craig Boise.

“I congratulate Anthony on being named a Tillman Scholar,” says Lois Agnew, interim dean of the College of Arts and Sciences. “By examining his military experiences through the lens of poetry, he is rendering an incredible service to others around the globe who may be seeking hope and healing through the written word. Poetry, and all the humanities, is instrumental in helping us think about the past, present and future.”

In 2002, Pat Tillman was a starting safety for the National Football League’s Arizona Cardinals. He put his football career on hold to serve his country and died in April 2004 while serving with the U.S. Army’s 75th Ranger Regiment in Afghanistan. Following his death, family and friends established the Pat Tillman Foundation, which invests in military veterans and their spouses through scholarship and programmatic support and is dedicated to building a diverse community of leaders committed to service to others.

Founded in 2008, the program supports active-duty service members, veterans and their spouses with academic scholarships, a national network and professional development opportunities, so they are empowered to make an impact at home and around the world. The scholarship program covers direct study-related expenses, including tuition and fees, books, and living expenses, for scholars who are pursuing undergraduate, graduate, or post-graduate degrees as a full-time student at a public or private, U.S.-based accredited institution. The selection process for the Tillman Scholars program is highly competitive.

Each year, the foundation collaborates with 16 University Partners to identify and select qualified applicants on their campuses for the Tillman Scholar screening process. Now in its fifth year as a university partner, Syracuse University was selected for its innovative veteran services, a strong culture of support for military veterans and spouses and its rigorous academic programs.

To date, the foundation has invested more than $24 million in scholar support and named more than 800 Tillman Scholars at nearly 150 academic institutions nationwide.