Saturday, June 25th marks 80 years since the Daily Telegraph published about the mass murder of Jews during the Holocaust, but it was on the fifth page of a six-page issue. The Guardian describes it as “one of its greatest unheralded scoops from the past that should have set the news agenda but, sadly, did not.” 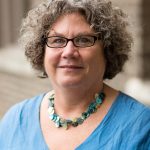 In recognition of the 80th anniversary of the publication, Julia M. White, associate professor at Syracuse University’s School of Education, writes:

“We say ‘never again’ in reference to the Holocaust, but, in fact, it is happening again and again since mass atrocities are happening around the world right now, and we are at risk of violent conflict that could lead to the commission of atrocities in the U.S. today. According to Dr. James Waller, there are four risk factors for violent conflict that could lead to mass atrocities; these risks are weaknesses in governance/state legitimacy, a history of conflict, poor economic conditions, and social fragmentation –- all of which the U.S, is currently experiencing.

The racist and antisemitic violence in Charlottesville; church, synagogue, and mosque shootings; the January 6 insurrection; the arrest of 31 white supremacists at a Pride event in Idaho; the still unacknowledged genocide of Indigenous peoples in the U.S.; systems of white supremacy; the current national terrorism advisory that includes domestic terrorism in effect until Nov. 30, 2022—all of these and more are risk factors for conflict that includes mass violence. Only 23 states mandate Holocaust education. And 23 states have banned, or are in the process of banning, discussions around race and racism in schools. Until we are able to teach about the Holocaust and other genocides and mass atrocities, including those perpetrated by the United States against Indigenous people and enslaved Africans, and until we honestly address white supremacy in this country, we remain at risk for conflict and mass violence.”

White is an Associate Professor in the Department of Teaching and Leadership in the School of Education, Syracuse University. She directs the interdisciplinary minor in Atrocity Studies and the Practices of Social Justice and is the co-coordinator of the Spector/Warren Fellowship for Future Educators.

She is the treasurer of the International Association of Genocide Scholars. She has served as co-chair and secretary/treasurer of the Disability Studies in Education SIG of AERA and as secretary/treasurer, program chair, and chair of the Special and Inclusive Education Research SIG of AERA. With Christine Ashby, she is co-editor of Excelsior: Leadership in Teaching and Learning.

June is annually recognized as Pride Month in the U.S., a period to spotlight and support the LGBTIQ+ community. As these kids and their caregivers navigate increasingly hostile environments, what role can school counselors play in addressing health and safety…

PTSD Awareness Month: What can we do to help?

June is PTSD Awareness Month and it serves as yet another reminder of the mental health struggles many veterans face each and every day – often times without any support, according to this recent Op-Ed in Newsweek written by John…