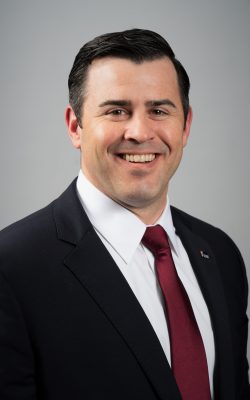 Nicholas J. Armstrong, Ph.D., managing director, research and data for the D’Aniello Institute for Veterans and Military Families (IVMF), testified before the U.S. House of Representatives’ Committee on Veterans’ Affairs Subcommittee on Economic Opportunity on June 15. Armstrong testified in a hearing titled “Reducing Veteran Suicide by Addressing Economic Risk Factors.” Armstrong said his testimony was framed around three broad recommendations for how the federal government can better address the economic risk factors for veteran suicide.

Armstrong first discussed expanding career training and credentialing offerings through public-private partnerships, pointing out that “Finding meaningful careers after service is among the greatest stressors for transitioning service members and their spouses.” Armstrong directed the attention of the committee to the programs being run by the IVMF. “Onward to Opportunity provides career exploration and employability skills training, and access to industry-recognized certifications to 11,000 transitioning service members, veterans, and spouses every year—again, at no cost.”

“We applaud the VA’s expansion of its job training offerings in the past two years of the pandemic,” said Armstrong. However, he highlighted that this work is just the beginning of a long process and that a better solution is the creation and expansion of public-private partnerships with successful nonprofits offering veteran employment and career training.

Armstrong pointed to a 2019 study by VA researchers that found the presence of adverse social stressors led to a 64% increase in the likelihood of suicidal ideation. He was proud to highlight efforts by the IVMF to help reduce some of those stressors, stating “Through our AmericaServes initiative, the IVMF works closely with nonprofit providers, local government agencies and in several locations, even VA facilities and DoD [Department of Defense] installations.” He further elaborated, “Since 2015, these networks have served the health, economic and social needs of more than 43,000 veterans and family members who requested more than 103,000 services—well over two services at a time, on average.”

A recording of the full congressional hearing is available on YouTube.