On the football field, Dino Babers is known as the passionate head coach of the Syracuse University football team, the charismatic leader who has delivered his share of emotional pre- and post-game speeches. 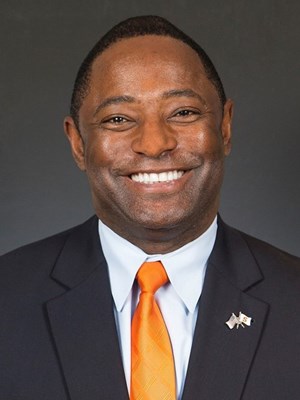 But beyond the wins, beyond his ability to inspire his student-athletes, Babers is a family man first and foremost, a coach who preaches the values of family and togetherness to his players and his coaching staff.

Entering his seventh season as the Orange’s head football coach, Babers treats his football team as a second family—“I have 104 stepsons on this team,” he proudly says. Off the field, Dino and his wife, Susan, have raised four daughters: Breeahnah, Tasha, Jazzmin and Paris.

Being surrounded by family is nothing new for Babers, who was the middle child, one of six siblings in a proud military family. Babers’ father, Luther, had a distinguished 21-year career in the Navy, including as a chief petty officer on the USS Enterprise. Babers learned from an early age the importance of discipline.

Leading up to Father’s Day, Babers sat down with us to reflect on how his military upbringing influenced his coaching style, how his father taught him the important values of discipline and doing something the right way, and how his life forever changed when he became a father for the first time.

Here is the full conversation with Babers on the ’Cuse Conversations podcast. A transcript [PDF] is also available.