Robert B. Menschel ’51, H’91 was nationally recognized for his generous support of the arts (specifically photography), education, medicine and criminal justice issues. When it came to his alma mater, Menschel’s philanthropy was equally eclectic, leaving a wide-ranging legacy across the University he loved. Menschel passed away on May 27, 2022, at the age of 92. 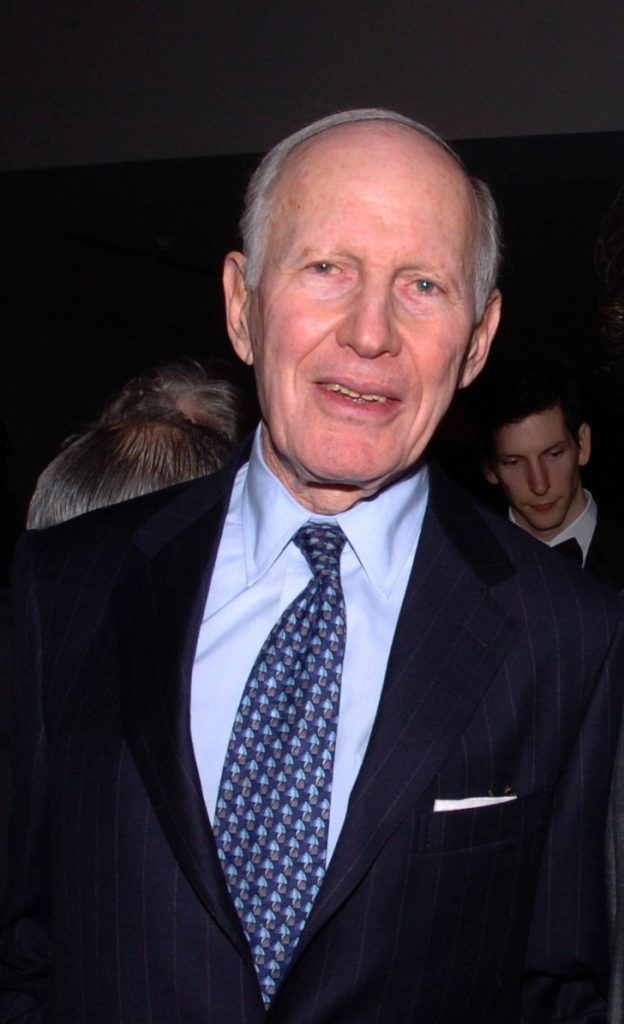 “Bob was truly a model of service to Syracuse University,” says Board chair Kathleen A. Walters ’73. “First elected to the Board of Trustees in 1981, he served as a voting trustee for more than two decades, becoming a trustee emeritus and part of a select group of honorary trustees recognized for their contributions. From exhibitions to lecture series to professorships and endowed chairs, Bob supported creativity, innovation and academic excellence that defines this university.”

Menschel earned a bachelor of science degree from the College of Business Administration in 1951. After earning a degree from the Graduate School of Business Administration at New York University in 1954, he joined Goldman Sachs & Co. where he founded the first Institutional Department, which became the model for the securities industry. Menschel subsequently became a partner in charge of institutional sales and later rose to become one of the firm’s senior directors. In 2002, he published “Markets, Mobs & Mayhem: A Modern Look at the Madness of Crowds,” where he explored the phenomenon of crowd psychology and its effects on business and culture.

Along with his Board of Trustees work, which included serving on the executive and investment and endowment committees, Menschel served on the Commitment to Learning Campaign, the Schine National Committee and the Ballentine Center Committee. His philanthropic support was widespread, including the Paul Volcker Endowed Chair in the Maxwell School of Citizenship and Public Affairs; the Robert B. Menschel Endowed Fund; the Maxwell-Eggers Building Fund; the Tolley Distinguished Teaching Professorship in the Humanities; and the William Safire Chair in Modern Letters. He was lauded for his foresight when he provided a gift in 2001 to establish The University Lectures, a cross-disciplinary lecture series bringing to Syracuse individuals of exceptional accomplishment in the areas of architecture and design; the humanities and the sciences; and public policy, management and communications.

His philanthropy supported the renovation of Light Work and Community Darkrooms in the Watson Theater Complex, which was dedicated as the Robert B. Menschel Media Center. He was the major sustaining private supporter of Light Work and Community Darkrooms, providing financial support, resources and extensive collections of photographs to the Light Work holdings and for exhibitions in the Robert B. Menschel Photography Gallery.

Similarly, Menschel was widely praised and recognized for his support of photography exhibitions at the National Gallery of Art in Washington, D.C., and the Joyce and Robert Menschel Hall for Modern Photography at the Museum of Modern Art (MoMA) in New York City. The 2016-17 MoMA exhibition titled “The Shape of Things: Photographs from Robert B. Menschel” told the story of photography over 150 years from its start in 1843, and featured works acquired over 40 years with Menschel’s support. Menschel was a member of the Committee on Photography at MoMA where he is credited with building the vast photography collection through financial support and donations from his personal collection.

The 2017 exhibition at the National Gallery of Art, titled “Posing for the Camera: Gifts from Robert B. Menschel,” once again demonstrated his passionate advocacy for photography. The exhibition explored portraiture and featured photographs acquired with funds from Menschel or pledged as gifts from his personal collection. 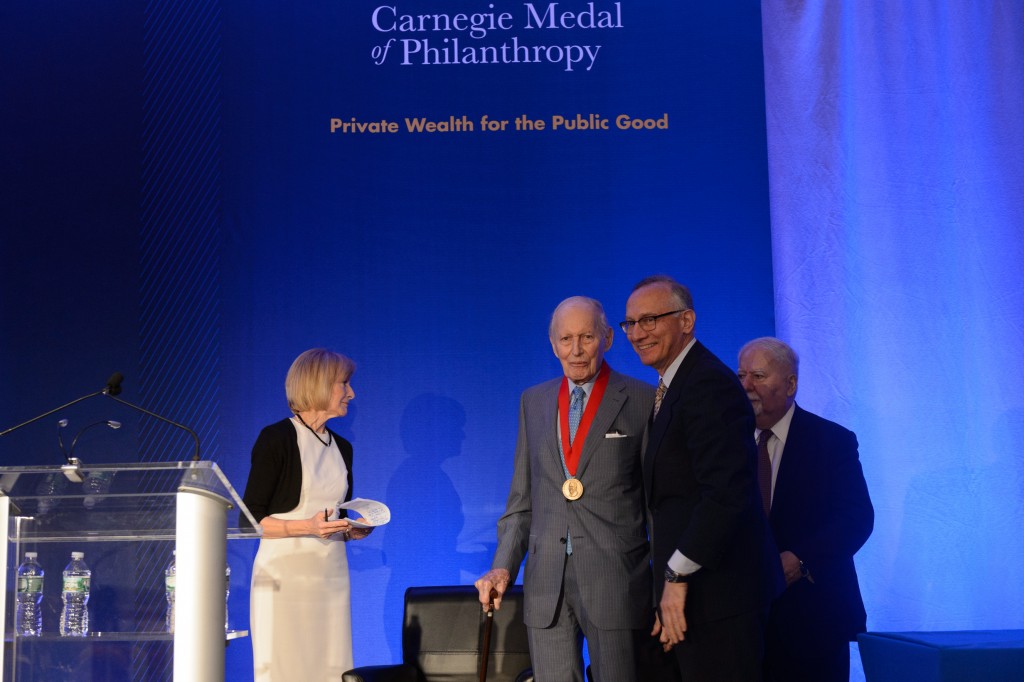 In 2015, Robert and his brother Richard L. Menschel ’55 shared the Carnegie Medal of Philanthropy, which honors those who uphold Andrew Carnegie’s philosophy that “with wealth comes a responsibility to contribute to the world’s betterment and a more open and just society.” In the medal presentation, it was noted that the brothers’ “dedication and talent took them both to the top of the investment banking field at prestigious Goldman Sachs, and they have been giving back in countless ways for decades.” Robert was quoted as saying “there is no mode of disposing of surplus wealth creditable to thoughtful and earnest men into whose hands it flows save by using it year by year for the general good.”

Menschel received the University’s George Arents Pioneer Medal in 1980 for “excellence in business, excellence in life” and was awarded an honorary degree by Syracuse University in 1991. In 1999, he was awarded the Martin J. Whitman School of Management’s Jonathan J. Holtz Alumnus of the Year award.

Beyond his Board work at Syracuse University, Menschel served as chairman of The Vital Projects Fund Inc., a charitable foundation with an interest in human rights and criminal justice reform; chairman emeritus and former president of MoMA; member of the Board of Trustees and Executive Committee of the New York Presbyterian Hospital; honorary trustee and former board president of the Dalton School; member of the trustee council of the National Gallery of Art; and member of the Council on Foreign Relations where he is the namesake of the Robert B. Menschel Economics Symposium.

He is survived by his partner, Janet Wallach; his former wife, Joyce Frank Menschel; his children, David Frank Menschel and Lauren Elizabeth Menschel; several grandchildren; and his brother and sister-in-law, Richard Menschel ’55 and Ronay Menschel.