Share
ArtistCollege of Visual and Performing ArtsexhibitionfacultySchool of ArtSchool of Education 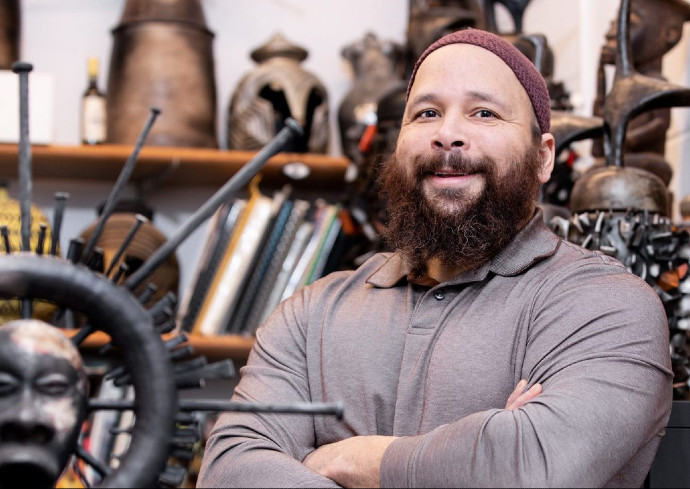 Artist Sharif Bey, an associate professor of studio arts in the College of Visual and Performing Arts’ School of Art, will lead a gallery tour of his exhibition, “Sharif Bey: Facets,” on Saturday, June 18, 2:15 to 3:15 p.m. at the Everson Museum, 401 Harrison St., Syracuse. The tour will begin in the Sculpture Court.

The tour is part of the Everson Museum’s free community day on June 18, in celebration of Bey’s exhibition and Juneteenth. The day will include educational activities and events that celebrate African and African American culture and heritage. Visitors can enjoy the gallery walk with Bey, listen to stories of liberation from the Onondaga County Public Library, create Pan-African flags with educator Vanessa Johnson, and attend presentations and performances by James Gordon Williams, Syracuse Stage and others.

During his tour, Bey will give an in-depth look at his work and into his process and practice. “Facets” is the largest solo exhibition to date for Bey, a nationally acclaimed artist, educator and activist. He was named a 2022 USA Fellow by United States Artists, an organization that illuminates the value of artists to American society and addresses their economic challenges.

With funding from a grant awarded by the National Endowment for the Arts (NEA), “Sharif Bey: Facets” is a three-decade retrospective of Bey’s body of work in ceramics and glass that explores the visual heritage of Africa and Oceania. Much of Bey’s work investigates the meaning of African symbols and artifacts and the ways in which colonialism stripped them of their original purpose and power.

“I was raised in an anti-imperialist household—that was the culture, a culture of asking, of questioning, of pushing back on the narratives that media has fed to us,” Bey says.

Since accepting a teaching position at Syracuse University in 2009, Bey has become a vital part of Syracuse’s social fabric. Coming on the heels of an exhibition at the Carnegie Museum of Art in Pittsburgh, where he was born and raised, the Everson presents a survey of Bey’s work, starting with the functional pottery that has served as a touchstone throughout his career, and continuing through his most recent body of large-scale figurative sculptures in clay. 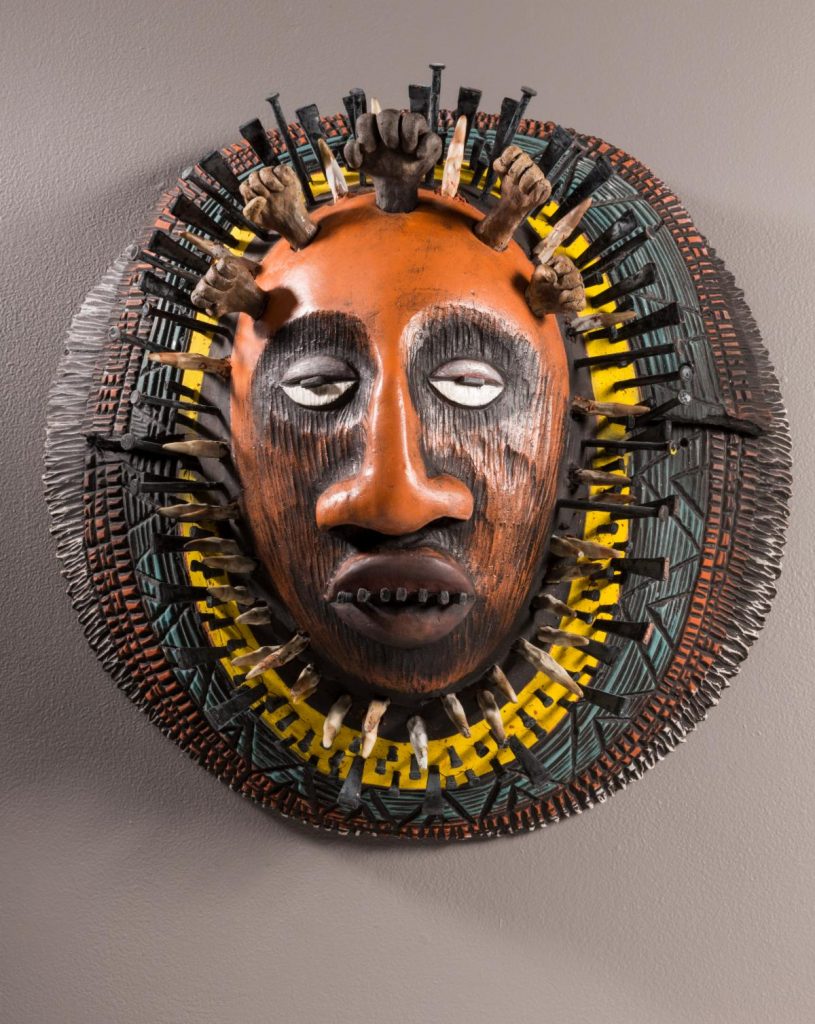 “With Manhattan gallery representation from Albertz Benda Gallery in Chelsea and a recent exhibition at the Carnegie Museum, the rest of the world is finding out what we have long known in Syracuse—that Sharif is a generational talent with a rare combination of skill, intellect and fearlessness,” says Garth Johnson, the Everson’s curator of ceramics. “We’re grateful to the National Endowment of the Arts for recognizing Sharif’s work and making it possible for the Everson to showcase it in the context of his own community.”

Borrowing works from across the country, including his first major statement, “Assimilation? Destruction?” (2000), to an early pot that dates back to his years as a teenage potter, “Sharif Bey: Facets” is a hometown celebration of Bey’s immense swell of national and international acknowledgment and growing stature within contemporary art.

Bey lives and works in Syracuse, where in addition to this studio practice he is an associate professor in studio arts in the College of Visual and Performing Arts. Bey earned a B.F.A. in ceramics from Slippery Rock University of Pennsylvania, an M.F.A. in studio art from the University of North Carolina and a Ph.D. in art education from Penn State University. He has participated in many artist-in-residencies and fellowships to hone his craft, and is included in numerous public collections, including The Carnegie Museum of Art, Pittsburgh; Smithsonian American Art Museum and Renwick Gallery, Washington, D.C.; the Columbus Museum of Art, Ohio; and the United States Embassies of Khartoum, Sudan; Kampala, Uganda; and Jakarta, Indonesia.