The D’Aniello Institute for Veterans and Military Families (IVMF) announced today that Barbara (Barb) Carson will join the institute as managing director of programs and services. In this role, Carson will lead the IVMF’s expansive portfolio of career training, educational and care coordination programs, which taken together serve and impact more than 20,000 servicemembers, veterans and military family members each year. Carson will also provide leadership and operational oversight of the IVMF’s Washington, D.C., headquarters, planned to open later this summer. 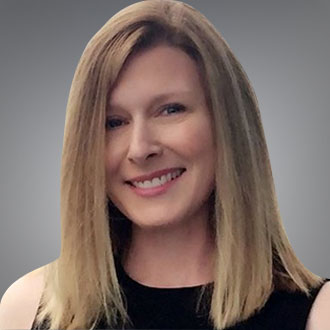 Prior to joining the IVMF, Carson was a member of the Senior Executive Service and spent nearly a decade in leadership roles at the U.S. Small Business Administration (SBA). Most recently Carson served as the deputy associate administrator for the Office of Disaster Assistance, responsible for developing, implementing and evaluating the SBA’s disaster loan program throughout the nation. Previously, Carson served as the SBA’s deputy associate administrator for government contracting and business development where she advocated to increase small business contracting opportunities in federal agencies, and led SBA federal procurement programs, including 8(a), HUBZone, Woman-Owned Small Business and All Small Mentor Protégé programs.

Carson also previously served as the SBA’s associate administrator for the Office of Veterans Business Development, responsible for programs, policy and advocacy on behalf of the nation’s veteran-owned business community.

Carson’s connection to the military-connected community is personal and longstanding. She is a colonel in the U.S. Air Force Reserve, most recently assigned to the Office of the Chairman of the Joint Chiefs of Staff, Office of Public Affairs.

Her service spans 25 years as an active-duty and reserve officer, and her experience includes nuclear command and control and public affairs assignments across the United States, Japan and Europe. In addition, Carson is also a military spouse. Her husband is a retired U.S. Air Force pilot also with over 25 years of service, and together they are the parents of newly enlisted Airman Basic Carson, Utah Air National Guard.

“Barb is widely respected across the veteran’s community, and she has been a longtime friend and contributor to the work and mission of the IVMF. We’re fortunate for the opportunity to bring her leadership and experience to our team, as we work to expand the scope, scale and impact of our programs,” says Michael Haynie, Ph.D., vice chancellor for strategic initiatives and innovation and executive director of the IVMF. “Importantly, Barb joins our team at a time when the IVMF is preparing and planning for a significantly expanded presence in Washington, D.C., that will include, later this summer, opening a full-time office and operating location in the nation’s capital. Barb is uniquely positioned to lead this effort, and her experiences as an active-duty service member, veteran, military spouse, reservist and military parent will enhance all we do to empower those who have served and their families.”

Carson says, “it is my honor to join the IVMF team and continue my service to the military-connected community, leading an effort to deliver programs and services worthy of their accomplishments and potential. The men and women who volunteer to serve, as well as their families, have earned every opportunity to continue to lead and thrive in their lives after military service, and deserve our continued support.”