Gretchen Ritter, vice chancellor, provost and chief academic officer, today announced Duncan Brown, the Charles Brightman Endowed Professor of Physics and an accomplished physicist, has been appointed Syracuse University’s next vice president for research. Brown’s appointment, which was approved by the Executive Committee of the Board of Trustees, is effective Aug. 15, 2022. 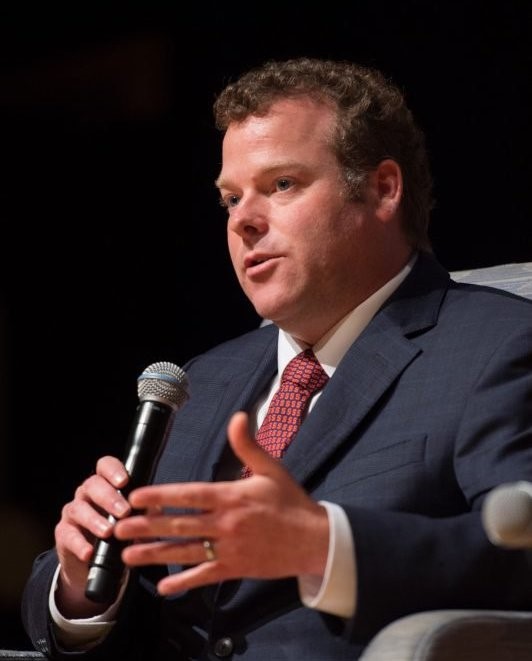 “Duncan’s career here at Syracuse University is truly a model of leadership, scholarship, innovation, academic excellence and mentorship,” says Ritter. “He has all the professional experience and personal qualities necessary to lead the research, scholarship and creative enterprise and secure our position as a world-class research university. Duncan is well respected among his peers, both on campus and at some of the world’s most preeminent institutions. Duncan is uniquely suited to support Syracuse University’s faculty scholars in their efforts to pursue and secure external funding that advances their research, scholarship and creative work.”

In his new role, Brown will report directly to Provost Ritter; oversee $100 million in extramural funding across the natural sciences, engineering, education, social sciences and law; support and empower Syracuse’s internationally recognized creative and scholarly excellence from artists, architects, directors and writers; and advance centers and institutes that lead the world in fields, including in the humanities, aging studies, autonomous systems policy, disability studies, environmental and energy systems, biological and smart materials, national security, veterans and military families, and quantum computing. Brown will also lead the Office of Research and its component units, including the Office of Sponsored Programs, the Office of Research Integrity and Protections, the Office of Technology Transfer and the Syracuse Office of Undergraduate Research and Creative Engagement (SOURCE). Together, these departments serve as the backbone of Syracuse University’s research, scholarship and creative support enterprise.

“The role of the vice president for research is to advance all areas of the University’s research, scholarship and creative work,” says Brown. “We have extraordinary faculty, staff and students at Syracuse University, and we attract gifted students from around the globe who want to expand knowledge through innovation, creativity and discovery. Our vibrant intellectual environment across a wide range of disciplines allows us to recruit world-class scholars. I am excited to help everyone in the University community secure the resources that they need to pursue their research, scholarship and artistic endeavors. Together, we can sustain and build upon our Carnegie R1 designation, reach new heights as a premier research university, and change our community and our world for the better.”

Brown is widely respected by faculty and staff across the University. He chairs the Senate Research Committee; played an integral role in the Cluster Hire Review Working Group, created by Provost Ritter last year; and was a leader in creating the University’s Research Computing group. He was the faculty representative to the University Board of Trustees (2017-19) and serves as a proposal reviewer for funding agencies around the world. Brown has been actively involved in national searches for academic leaders. In fact, he was the chair of the search committee appointed to find the next vice president of research.

“We are fortunate to have an internal leader of Duncan’s caliber to take our research enterprise to the next level,” says Ritter. “I look forward to working with him in his new role and have great confidence in his ability to inspire, empower and support our talented scholars.”

Brown earned a Ph.D. in physics from the University of Wisconsin-Milwaukee, was a post-doctoral scholar at Caltech and came to Syracuse University in 2007. He is an internationally recognized leader in gravitational-wave astronomy and astrophysics, and was integral to the discovery of gravitational waves by the Laser Interferometer Gravitational-wave Observatory (LIGO). A Fellow of the American Physical Society and a Research Corporation for Science Advancement Cottrell Scholar, he has taught large and small courses at both the graduate and undergraduate levels, including the popular undergraduate course “Introduction to Astronomy,” and established a National Science Foundation-funded program that provides pathways for students from underrepresented groups to pursue a Ph.D. in physics at the University. In the last five years, Brown has co-authored over 50 publications. He has played an integral part in securing more than $15 million in external funding over his 15-year career at Syracuse.

Ritter thanked Ramesh Raina, professor and former chair of the department of biology, for serving as interim vice president for research since January 2020.

“Ramesh took on the interim leadership role just as the pandemic gripped our nation. He engineered a remarkable recovery of our research enterprise after the pandemic. As a result, this year will be one of the most productive years on record for Syracuse University. That’s thanks in large part to Ramesh Raina’s vision, operational prowess and careful stewardship,” says Ritter. “Additionally, he played an integral role in managing the University’s COVID response strategy. He was a key member of the public health team and was responsible for launching and maintaining our effective internal surveillance testing program. I thank him for his leadership and service.”

Ritter also credited Raina for increasing professional development for research faculty and students and effectively deploying the CUSE grant, postdoctoral scholar grant and small equipment grant programs. Raina also led the execution of the faculty hiring strategy for the 2020-21 and 2021-22 academic years. He is co-director of the interdisciplinary major in biotechnology and a member of the core faculty of the Renée Crown University Honors Program.