Syracuse Stage concludes the 2021/2022 season with a new play on the mainstage, an original play about housing insecurity in America and partnerships with Everson Museum of Art and Syracuse’s Juneteenth celebration. Corollary events around the shows and partnership include artist talks and panel discussions at Syracuse Stage and the Everson Museum. 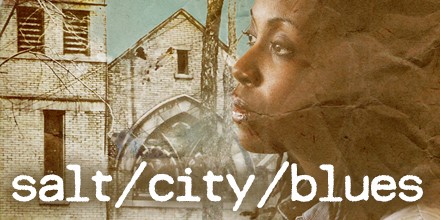 Collectively, the shows and added events focus attention on important concerns for the Syracuse community, especially relating to the history of the 15th Ward and the impact of the construction and impending dismantling of the I-81 overpass.

The main components of the partnership are stage’s production of resident playwright Kyle Bass’ “salt/city/blues,” “The Most Beautiful Home . . . Maybe” by artists and activists Mark Valdez and ashley sparks and the Everson Museum exhibition “15-81,” featuring architect and urban designer Sekou Cooke’s project “We Outchea: Hip-Hop Fabrications and Public Space.”

“A rich array of artistic work marks the conclusion of Syracuse Stage’s 21/22 season,” says Bob Hupp, artistic director, Syracuse Stage. “These works highlight what Syracuse Stage does best as we shine a spotlight on issues that affect all of us who call Syracuse home. Through our creative lens we explore and give voice to the obstacles and opportunities that engage our community. Through new work, discussions and collaborative interactions, we strive to give everyone a new way of thinking about and addressing seemingly intractable challenges.”

Directed by Gilbert McCauley, “salt/city/blues” is a contemporary drama set in a downtown bar in a fictionalized Syracuse where a controversial highway project that has long divided the city is due to be dismantled. What comes next for the city, the once thriving neighborhood destroyed by the highway and the individuals who frequent the local watering hole Tipsy’s Pub threads through the narrative of the play.

With gentrification underway in the neighborhood and more change coming soon, the fate of Tipsy’s is uncertain, as are the fates of those whose lives are connected to it. This includes Prof D (Leo Finnie) a Black man who claims to be 81 years old and who lives in an apartment above the bar. He is a storyteller and a blues aficionado with a killer collection of vintage vinyl, who also claims to be a retired professor. Carrie (Joey Parsons) is the bartender, 30s, white and a veteran of the Iraq war, who has her eye on a small parcel of land with apple trees. The resident barfly is a fiftyish white man named Fish (Rand Foerster) who likes his drink too much and can make enough trouble to occasionally get himself barred from Tipsy’s.

The newcomer to the scene is Yolonda Mourning (Chantal Jean-Pierre), a Black woman in her 40s, who is a consultant for the city on the highway project. She is not typical of Tipsy’s clientele. She has recently moved to a new apartment in the downtown neighborhood after separating from her husband. Her son Malcolm (Jeremiah Packer), 17, is the fifth character. He aspires to be a blues musician and has a tense relationship with his mother.

“This is a story about a town and a bar at a crossroads, and five people who are at crossroads in their lives,” McCauley says. “We often arrive at places where we have to make decisions and figure out what direction to take. That’s what facing these characters, and what we face that today, even as a nation, as a country. Where are we going?”

“salt/city/blues” runs June 9-26. Tickets are on sale now at www.syracusestage.org. 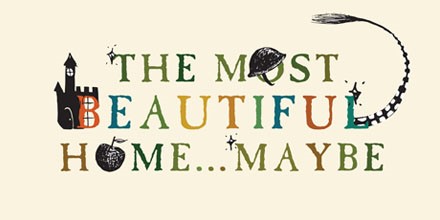 “The Most Beautiful Home . . . Maybe,” is an original work of devised theater whose goal is to use the imaginative resources of theater to explore solutions to chronic housing problems plaguing the country.

Through workshops that bring together stakeholders involved in housing policy—politicians, developers, advocates, activists, the homeless—Valdez and sparks seek creative solutions to housing insecurity by challenging participants to consider the question “What if everyone in this country had a home?” The input collected at the workshops forms the basis for the performance piece.

To date, “The Most Beautiful Home . . . Maybe” has performed in Minneapolis, Minnesota, at the Mixed Blood Theatre, and recently at Los Angeles’ REDCAT in the Walt Disney Concert Hall Complex. In speaking with the Los Angeles Times, sparks said that the skills theater artists have “are actually superpowers for solving community problems and creating spaces for people to have hard conversations.”

“What would we create?” Valdez asks. “What kind of high density, co-op driven models of housing could we create? How do we build the additional 68 million homes that we need? How do we incentivize mom-and-pop landlords to keep their units affordable?”

Valdez and sparks note that the pandemic has exacerbated an already widespread and chronic problem, with many middle-class Americans experiencing housing insecurity.

“I can feel my body get lighter when I imagine that world where people are not living in the fear and stress of being unhoused or losing their home, or worried about where they’re going to live when they’re old,” sparks says. “Our country would actually just be healthier and more prosperous if there was housing stability.”

The exhibition “15-81” presents Cooke’s project “We Outchea: Hip-Hop Fabrications and Public Space” alongside documents relating to the 15th Ward. Commissioned by New York’s Museum of Modern Art in 2021 as part of the exhibition “Reconstructions: Architecture and Blackness in America,” “We Outchea” focuses on the legacy of placement and displacement of Black residents in Syracuse and considers various events in the city’s history—the razing of the 15th Ward, the building of multiple public housing projects and the construction of Interstate-81—while simultaneously critiquing recent proposals to replace low- income communities with mixed-income housing.

By contextualizing the “We Outchea” project with photographs and ephemera that tell the story of the once vibrant 15th Ward, Cooke points to a post-81 Syracuse future of entrepreneurship and innovation.

Events at Stage and the Everson will also be officially part of Syracuse’s annual Juneteenth celebration. The June 12, 7:30 p.m. performance of “salt/city/blues” will be Juneteenth Night at Syracuse Stage. Juneteenth Festival organizers will be available at Syracuse Stage with information about the upcoming festival on June 17 and 18.

Discount tickets will be available for “salt/city/blues” and the Everson will host a free screening on June 18 of Bass’ one-person play “Citizen James, or the Young Man without a Country” as part of the Juneteenth celebrations. Originally, commissioned for Syracuse Stage’s Backstory educational program, the play depicts young James Baldwin at La Guardia airport awaiting a flight to Paris that will give him refuge from the racist violence of America in the 1940s and set him on the path to becoming a towering influence in the Civil Rights movement.

“The path to creating new work is not always predictable, especially today, but the rewards of this effort can be immeasurable,” adds Hupp. “We’re honored to produce resident playwright Kyle Bass’s powerful new play and to present our participatory co-production with Minneapolis’ Mixed Blood Theatre. Taken as stand-alone works, they offer exciting and unique theatrical opportunities. Taken together, ‘salt/city/blues’ and ‘The Most Beautiful Home…Maybe’ afford the one-of-a-kind experience we are committed to creating for Central New York.”