Paul McCartney’s Got Back Tour Coming to Syracuse Saturday

As the iconic lead singer and guitarist who wrote hundreds of timeless classics for the Beatles and Wings, Paul McCartney has entertained millions of fans around the world with his music.

It seems like only yesterday that McCartney was last in Syracuse, playing before a sold-out crowd on Sept. 23, 2017. When McCartney concluded his three-plus hour performance that humid fall evening, he told the crowd that he’d see them the next time he toured.

Still performing before packed crowds at the age of 79, despite McCartney’s proclamation, tomorrow never knew whether the musical legend would stay true to his word. But five years later, the long and winding road will afford Beatles and Wings fans at least one more chance to get McCartney back into their lives, as McCartney and his talented band on the run return to Syracuse Saturday night as part of McCartney’s Got Back tour. 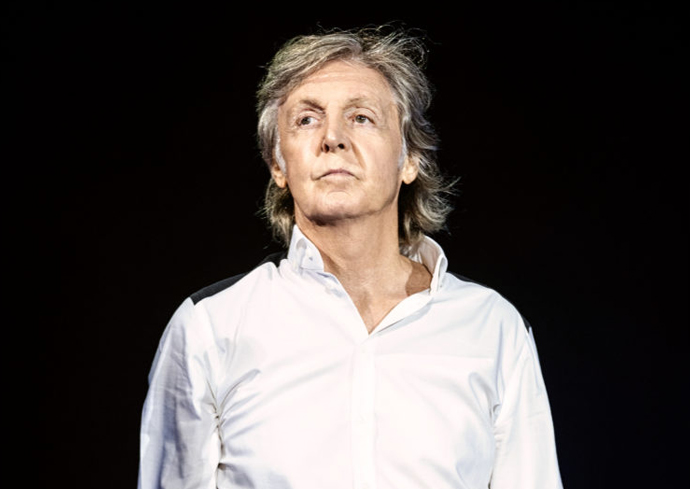 Thanks to a little help from University Vice President and Chief Facilities Officer Pete Sala and his friends, fans of McCartney can come together and enjoy hits like “Live and Let Die,” “Hey Jude,” “All You Need is Love,” “A Day in the Life,” “Strawberry Fields Forever,” “Let it Be” and more.

It certainly won’t be a hard day’s night for the more than 35,000 fans expected inside the JMA Wireless Dome, according to Sala.

“It’s fantastic, and I think the timing couldn’t be better. People are really wanting to get out and start experiencing live music again, and we’ve shown that these iconic performers really do sell tickets. The people in the City of Syracuse and the surrounding communities really support these acts. He’s such a legend. How many more chances are you going to get in Syracuse to see somebody of this magnitude?” says Sala.

Of the 13 cities on tour, Syracuse boasts the smallest population, but after the success of the 2017 McCartney tour stop, Sala said Syracuse is a desirable destination for McCartney, Elton John and other prominent performers.

Planning for the show began eight months ago, when, according to Sala, his contact with McCartney’s tour called him up wondering if Syracuse was ready to bring Sir Paul back to the Salt City.

Unlike a typical Syracuse University football or basketball game, Sala says McCartney’s concert requires more power, with Sala bringing in temporary power sources to support the Rock and Roll Hall of Famer’s performance. Combined with the added power to the east and west end zones, Syracuse is able to provide a “really big show with house power, which is very unusual for these shows,” according to Sala.

The performance requires more than 250 volunteers, with many of them having volunteered at past shows on campus going back to the 1980s.

The process of setting up for the show takes place the week of the concert. Starting on Saturday, McCartney’s tractor-trailer tour trucks began entering the JMA Dome with the required equipment, including the stage where McCartney will perform.

“We do whatever we can to make the promoter feel comfortable. We hear that a lot, that our staff [make this] a very easy venue to work in, that they can’t wait to come back to Syracuse,” Sala says.

With more than 35,000 people expected for the concert, this is expected to be the biggest traffic deployment in Syracuse in at least the last four to five years, according to Sala. Thanks to partnerships with the City of Syracuse and the Syracuse Police Department’s traffic detail, Sala is confident the parking process will proceed smoothly.

He also urges fans without a JMA Dome parking pass to head to the Skytop parking lots on South Campus, where parking is available for $25. Free shuttle transportation is provided between the College Place shuttle drop-off and the Manley and Skytop parking lots. Regardless of vaccination status and/or the COVID-19 level on campus, individuals are required by New York State law to wear a mask on public transit (including the Syracuse University Shuttle).

All parking lots will open at 2 p.m. Doors open at 6 p.m., with McCartney expected to take the stage at 8 p.m.

The Got Back tour represents McCartney’s first full-fledged tour since he concluded his Freshen Up tour in July 2019.

“The Paul McCartney live experience is everything any music lover could ever want from a rock show: Hours of the greatest moments from the last 60 years of music—dozens of songs from Paul’s solo, Wings and of course Beatles catalogues that have formed the soundtracks of our lives,” says Steve Martin, president of the music public relations firm, nasty little man. “A Paul McCartney concert is never anything short of life-changing.”