5 New Members Elected to University’s Board of Trustees

Syracuse University has announced the election of five new members to its Board of Trustees, all with extraordinary backgrounds in business and philanthropy. Individually and collectively, these new trustees have already enhanced the student experience and advanced the University’s mission by supporting scholarships, programs and services that prepare students for success.

“The board welcomes these new members and is grateful for the passion and purpose they bring to their new role,” says Board of Trustees Chair Kathleen A. Walters ’73. “I am especially impressed with how they have each demonstrated their commitment to our shared values through their service-driven work and philanthropy. Each brings unique experiences and wisdom that will help guide us through the challenges facing higher education.”

Chancellor Kent Syverud says these eminent and diverse professionals bring tremendous value to the governance process. “We are grateful that these accomplished alumni are willing to commit their time and resources to Syracuse University. Their dedication to Syracuse will ensure this generation of students and generations to come have opportunities for academic, personal and professional success,” Chancellor Syverud says.

Becker is executive vice president, treasurer and compliance officer for the nation’s largest distributor of wine and spirits, Southern Glazer’s Wine and Spirits, which operates in 44 states, the District of Columbia and Canada. He is responsible for the company’s treasury management functions, including bank relationships, cash management, mortgages, leases, real estate transactions and all financings. Additionally, he is responsible for managing the company’s government affairs on both a state and national basis, and compliance with all regulatory aspects of the business. 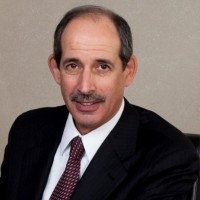 Prior to Southern, Becker worked for Knickerbocker Liquors Corporation, first as a sales manager of the New York distributor’s wine division, eventually becoming assistant general sales manager and then assistant to the president.

He graduated in 1973 with a B.S. in finance from the Whitman School. He earned a J.D. from the School of Law at Boston University in 1976 and an MBA from the Wharton School at the University of Pennsylvania in 1978.

Becker and his wife, Abbe, live in Boca Raton, Florida, and have two adult children, Robert ’05 (Whitman School) and Meredith. 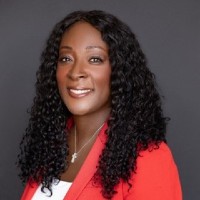 McNabb is a well-known public figure, philanthropist and advocate for making athletics accessible to all youth. She founded the Caris Sports Foundation in 2019 to give young athletes in Arizona the opportunity to participate in organized sports by removing financial obstacles and covering the costs associated with recreational and competitive sports, from equipment to registration fees. She is also the co-founder with her husband, Life Trustee Donovan McNabb ’98, of the Donovan McNabb Fund, and a partner in their philanthropy.

McNabb is a 1998 graduate of Syracuse University, earning a B.S. in physical education from the School of Education with a minor in history. She was the point guard on the women’s basketball team, was named Most Valuable Player twice and Athlete of the Year in 1997, and made the Big Eаѕt academic all-star team thrее times.

In 1999, she earned an M.P.A. from the Maxwell School of Citizenship and Public Affairs. She also earned a master of education in educational policy from the University of Pennsylvania in 2007. She serves as the nomination chair on the School of Education Board of Visitors.

For Syracuse University, the McNabbs have supported athletics, including naming the Syracuse Women’s Basketball team lounge and the School of Education with the creation of the Donovan McNabb and Raquel-Ann Nurse McNabb Graduate Assistant endowed fund.

McNabb and her husband live in Phoenix with their four children, Alexis, Sariah, Donovan Jr. and Devin.

Micek is president and CEO of WTTW|WFMT (Window to the World Communications Inc.). WTTW is Chicago’s PBS station and WFMT is its classical music radio station. She has over 30 years of management experience in media and marketing. 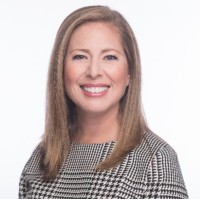 Prior to WTTW|WFMT, Micek was the senior vice president of Global Brands at Hyatt where she oversaw marketing for 15 brands, and co-led the diversity resource group, Latinos at Hyatt. Micek has also held senior management roles at USA TODAY/Gannett, NBC Universal, Turner Broadcasting and Yahoo and was a management consultant in the media, entertainment and telecommunications strategy practice at Accenture in San Francisco and London. In her professional career, she has earned numerous awards, including a Silver Lion at the Cannes Lions International Festival of Creativity.

Micek earned a B.S. in television, radio and film from the S.I. Newhouse School of Public Communications, and an MBA from the Wharton School at the University of Pennsylvania, where she was the Ford Motor Company Scholar.

Micek serves on the boards of PBS, Kartemquin Films, Ravinia Festival, the Chicago Community Trust and the Economic Club of Chicago. She was the McCormick Foundation Fellow in Leadership Greater Chicago’s Daniel Burnham Program and is a member of The Commercial Club and the Association of Latino Professionals for America.

Her Syracuse University service includes serving as chair of the Newhouse School Advisory Board, and she created the Cordova Micek family scholarship to expand opportunities for Latinas to attend the University.

Micek lives in the Chicago metropolitan area with her husband, Marc Micek ’92 (Newhouse/Whitman), and their two children.

Mitzen is the co-founder of The Business for Good Foundation (BFG), a nonprofit dedicated to using entrepreneurial and business skills to elevate those in underserved communities by focusing on venture philanthropy, entrepreneur support and impact giving. Mitzen and his wife, Lisa Mitzen, founded BFG to “invest in people to build better businesses, stronger communities and a more equitable world.” 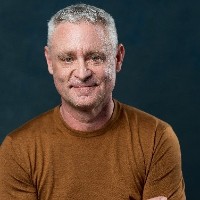 Mitzen also founded Fingerpaint, a full-service health and wellness advertising and marketing firm. He is a serial entrepreneur, having started four companies that total over $1 billion in combined revenues, including Palio, a communications agency that was later purchased by Syneos Health.

He is a frequent lecturer on entrepreneurship and philanthropy at universities, and a frequent contributor to Forbes, Fortune and other business publications. His first book, “More Than a Number” was published in 2019.

Mitzen graduated in 1988 with a B.S. in biology from the College of Arts and Sciences. He also received an MBA from the Simon School of Business at the University of Rochester in 1995.

His Syracuse University service includes membership on the College of Arts and Sciences Dean’s Advisory Board. Mitzen has supported the Arts and Sciences’ Dean’s Fund and the SUSTAIN Program endowment.

Mitzen and his wife, Lisa, live on a farm in Saratoga Springs, New York. Mitzen has three adult children: Emily, Nicholas and Grace.

Venutolo is the managing director of the Raymond International Group, an industrial machinery manufacturing company which is a  leader in the worldwide engineering and construction industry, and specializes in engineering and construction services, fabrication, installation and maintenance of pipelines for the water, oil, gas and petrochemical industries. The Raymond International Group has operated in the Pipeline Services and Specialized Construction business in Saudi Arabia and throughout the Middle East for more than 40 years. 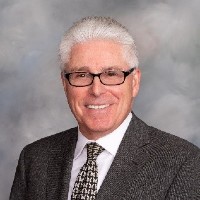 Venutolo earned a B.S. degree from the College of Engineering and Computer Science in 1977, where he majored in civil engineering.

His Syracuse University service includes being a founding member of the Middle East, North Africa and Turkey (MENAT) Regional Council, the first regional council established by the University outside of the United States.

Venutolo established a unique internship for College of Engineering and Computer Science students. To date, 30 civil and environmental engineering students have been sponsored to study various potable water supply and transmission technologies on the arid Arabian Peninsula.

Venutolo provided support for the Construction Engineering Lab in the College of Engineering and Computer Science and has participated as a judge for Invent@SU.

Venutolo and his wife, Kim, live in London and New Jersey. He has three adult children.