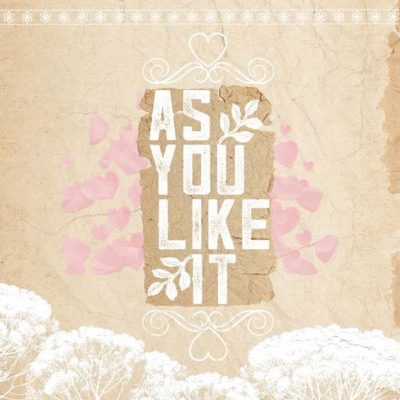 The Department of Drama presents the final show of the 2021/2022 season with “As You Like It,” a ravishing new musical adaptation of Shakespeare’s classic story by Shaina Taub and Laurie Woolery. The production, directed by Rodney Hudson, will perform in the Storch Theater at the Syracuse Stage/SU Drama Complex, 820 E. Genesee St., April 30 to May 7.

Named as one of the best shows by The New York Times in 2017, “As You Like It” is an immersive fairytale experience that touches upon feuding families and lovers in disguise. Forced from their homes, Orlando, Duke Senior, his daughter Rosalind and niece Celia, escape to the Forest of Arden, a fantastical place of transformation, where all are welcomed and embraced. Lost amidst the trees, the refugees find community and acceptance under the stars. This show is a celebration of community, togetherness and diversity.

“This production of ‘As You Like It’ is a declaration of love,” says Rodney Hudson, director. “While it seems that American society has become more accepting and inclusive of the LGBTQI+ community, governmental policies have shown that the country needs more growth than some are willing to accept.”

Hudson is passionate about issues of equality in the LGBTQI+ community and relates this story to the current and unjust Parental Rights in Education bill. He adds, “As a declaration of love, this production of ‘As You Like It’ investigates how we, as humans, accept the love around us and showcases the various forms love can have. We ask you the question, ‘Who can love?’ and invite you to join us on the journey as we find the answer.”

The original story of “As You Like It” is believed to be written in 1599 and published in the First Folio in 1623. In the summer of 2017, with collaborators Taub and Sonya Tayeh, Woolery directed this new musical adaptation of “As You Like It” at Central Park’s Delacorte Theater with 200 New Yorkers as part of the The Public Theater’s Public Works Program. Founded by Woolery in 2015, the Public Works at The Public Theater is an initiative that seeks to engage the people of New York by making them creators and not just spectators. Working with partner organizations in all five boroughs, Public Works invites members of diverse communities to join in the creation of ambitious works of participatory theater.

Masks are required at all times by everyone regardless of vaccination status, except while eating or drinking in designated areas. Food and drink will not be permitted in the auditorium.

A musical adaptation of William Shakespeare’s “As You Like It”

Syracuse University Libraries’ new Biblio Gallery exhibition on the 4th floor of Bird Library features the work of artist Manya Gadhok, a third-year master of fine arts in film student in the College of Visual and Performing Arts. The exhibit…