When Russian President Vladimir Putin launched his offensive into the sovereign nation of Ukraine on Feb. 24, it not only created a violent international conflict that has pitted Ukrainians against Russians, it also generated a widespread humanitarian crisis. 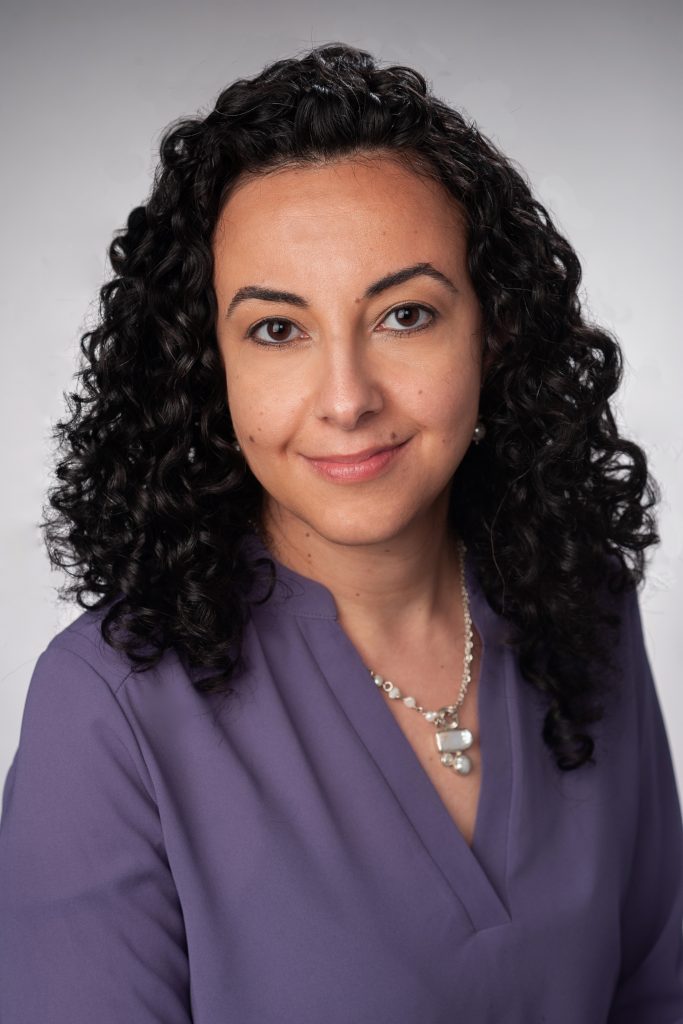 As a result of the conflict in Ukraine, more than 4.2 million Ukrainians have fled their homeland since the Russian invasion began. The leaders of such neighboring European countries as Bulgaria, Poland, Romania, Hungary and Moldova have opened their borders to these refugees seeking safety from the Russian troops.

But while these European leaders have demonstrated generosity and kindness in welcoming in those displaced Ukrainians, the current attitude toward these refugees is vastly different than recent instances of migrants and refugees fleeing countries in the Middle East and Africa—and in particular Syrians who fled in 2015, according to Lamis Abdelaaty, assistant professor of political science in the Maxwell School of Citizenship and Public Affairs.

“Even though the crisis in Ukraine has captured the world’s attention and evoked sympathy, some of the images we’re seeing are almost identical to those coming out of the Syrian crisis. The images showing the devastation in the urban areas of Ukraine are the same as those from the aerial bombardment in Syria. Women and children on the run, terrified, carrying what they can and leaving everything else behind and saying goodbye to family members. So why is it the Ukraine crisis has generated such an outpouring of support while others have not?” Abdelaaty says.

Why countries admit some refugee groups while rejecting others who are seeking safe harbor is a topic Abdelaaty is well familiar with. This discrimination toward vulnerable people fleeing a dangerous conflict at home can have a long-lasting and damaging impact on refugees, from how they view their self-worth to the services they receive and their ability to cope with and move on from the trauma in their lives.

In one highly publicized instance, shortly after European countries began welcoming Ukrainian refugees, Bulgarian Prime Minister Kiril Petkov spoke to journalists about the makeup of the refugees Bulgaria was seeing at its borders.

Abdelaaty was quick to discredit the false generalizations made by Petkov as it pertains to past refugees seeking safety, citing research showing how Syrians who sought asylum in Europe were also well-educated while pointing out how damaging it can be to use inaccurate stereotypes.

“It’s not a matter of education; part of it has to do with identity. Many people across Europe and the United States see these images of Ukrainian refugees and they see themselves, a family member and others who resemble themselves. Research shows that people tend to sympathize more with people they see as part of their own group, and that is part of the reason why we’re seeing such a different response to these refugees now. People fleeing Syria, Afghanistan and Iraq were not viewed as being like us; they’re viewed with suspicion and hostility,” says Abdelaaty, who is the author of “Discrimination and Delegation: Explaining State Responses to Refugees” (Oxford University Press, 2021).

But that’s not the whole story.

For many European nations, seeing Putin invade a sovereign country invokes a fear that they might be the next target of Putin’s offensive. Opening up their borders and taking in Ukrainian refugees is one way for these countries to powerfully signal which side of the conflict they are on, says Abdelaaty.

Among the examples Abdelaaty cites when it comes to this double-standard of treatment: European Union countries upheld visa-free access arrangements, allowing Ukrainians to escape the conflict, while for the first time, the European Council activated the 2001 Temporary Protection Directive, granting Ukrainian refugees access to social services and the labor market.

Meanwhile, in 2015, as more than one million people fled Syria, Afghanistan and other countries, Abdelaaty says countries in Europe responded by tightening their borders, arranging a deal with Turkey to halt the flow of refugees seeking safe refuge.

When it comes to these refugees being treated differently during their time of need, Abdelaaty’s research shows that the labels used to describe those fleeing their homeland—refugees and migrants—impacts how countries respond, including the actual definitions of who is a refugee and who is a migrant.

In the case of Ukraine, Abdelaaty says that anyone who is fleeing their home due to indiscriminate violence would not qualify for refugee status under the 1951 Refugee Convention outlined by the United Nations. Under the terms of that treaty, a refugee is someone who is persecuted based on their race or religion.

But almost from the get-go, Ukrainians were deemed refugees by media outlets and governments around the world, a stark contrast to 2015, when Abdelaaty says there was much debate over how to refer to those fleeing Syria, Afghanistan, Iraq and other Middle Eastern countries.

“These labels are consequential. Research shows that people tend to view refugees more favorably since they are being forced to flee their country compared to those labeled as migrants, who we tend to think are choosing to move to better their lives. In general, they are more receptive towards refugees than migrants,” says Abdelaaty.

People fleeing their homes because of the risk of harm—be it from violence, persecution, poverty or climate change—deserve access to emergency services like medical care, clean food and water and safe shelter. Abdelaaty hopes the way these Ukrainians are being helped can set the standard for future crises.

“We need to think carefully about why it is we believe some people are more worthy of support, compassion and assistance than others. We don’t need a United Nations treaty to define the limits of our compassion,” says Abdelaaty.