The Present Family Legacy of Love: A Forever Orange Story 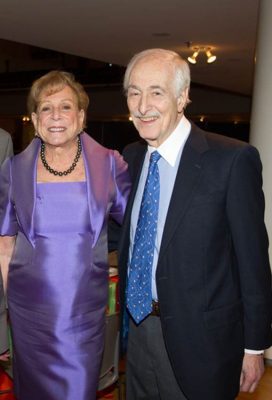 Just a few days after Jane Werner Present ’56 died, students at Syracuse University received a gift from her … in the form of a reading by New York Times bestselling author Nana Kwame Adjei-Brenyah G’16, the Jane and Daniel Present Lecturer. Jane and her husband Daniel ’55 had supported the creative writing program through an endowment.

“My mother was truly Forever Orange,” says Douglas (Doug) A. Present ’86. “For years before she passed away and afterwards. Despite having been involved with so many non-profits during her lifetime, her only posthumous gift was to Syracuse University.”

The posthumous gift playing out that night was especially fitting because writer Adjei-Brenyah had attended Syracuse University as a graduate student and taught there, mentoring other young writers. He once wrote: “I love my students and those that call me mentor.  I love being part of a long legacy of love passed down through craft.” He could have been channeling the thoughts of Jane Present.

The Present family is defined by a long legacy of love and one that continues to make an impact on countless Syracuse University students and others through mentorship programs and more. Jane founded Friends of the High School for Leadership and Public Service in New York City and the Syracuse University Mentor/Mentee Alliance there, pairing alumni with inner-city youth as mentors and role models.

But the Present legacy of love really started when Jane was a freshman at Syracuse University. Walking across Comstock Avenue with three girlfriends, she encountered a group of four boys walking the other way. In an incredible stroke of fate, each student met the person who would eventually become their spouse. Jane Werner and Dan Present started dating at Syracuse University and forged a union that would foster each of their career interests and, literally, change the world for the better. 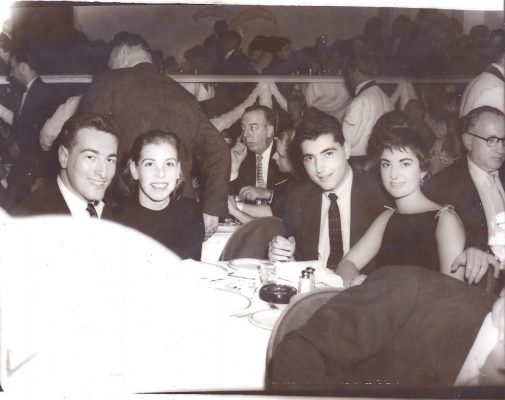 Daniel and Jane Present (left and second from left) started dating at Syracuse University and forged a union that would foster each of their career interests and change the world for the better.

After graduation with a biology degree in 1955, Dan went on to medical school and became a nationally renowned researcher and clinician in the treatment of Crohn’s disease and ulcerative colitis. Dan passed away in 2016. Together, they played a major role in the creation of the Crohn’s and Colitis Foundation with Jane serving as its national president. Later, they launched the Foundation for Clinical Research in Inflammatory Bowel Disease which supported research and education for both physicians and patients. Jane, who earned degrees in American literature from the College of Arts and Sciences and in TV-radio from Newhouse, parlayed her communication skills into patient education, traveling the nation to raise awareness and improve patient care.

Separately, both Dan and Jane received the Arents Award, the only alumni couple to receive Syracuse University’s highest honor in different years and for different service. Dan received the Arents Pioneer Medal for excellence in the field of medicine in 2008; Jane was honored for Excellence in Philanthropy and Public Service in 2012. In a video interview recorded for the Arents Award presentation, Jane defined the source of her energy, philanthropy and service: “The idea of righting a wrong, making the world a better place, fixing something if it’s broken, that’s been what drives me.”

Her words resonate daily with her son Doug. He and his two sisters visited campus several times as children. “My mother often dressed us in Orange and was relentless in teaching us the fight song. It was important to them, as was maintaining their lifelong friendships with other alumni.”

Doug started his own love affair with the University after a campus visit when he was a high school senior. “It was an unusually sunny day. The Carrier Dome had just been built. The Rolling Stones had just played there. The Grateful Dead were coming the next month,” Doug says. At first, he says he was more interested in all the extracurricular activities. But that all changed freshman year. “I actually took up studying, became more leadership focused and developed the confidence needed for success.”

With a marketing management degree from Whitman, Doug went on to receive an MBA in finance from the Wharton School of the University of Pennsylvania and carve a successful career in the health care services industry. For 13 years he served as chairman and CEO of Managed Health Care Associates, one the country’s largest pharmaceutical and medical supply purchasing groups. After selling the company in 2013, Doug founded Douglas Present Associates, a family office that invests in and helps manage private-equity-backed health care services companies. He has been on the faculty at the Wharton School for 15 years and won Wharton’s prestigious “Excellence in Teaching” awards numerous times. Doug had served for many years on the Whitman School of Management Advisory Board and, in 2019, was appointed to the Board of Trustees at Syracuse University. “My mother was always proud of me, but on the day that I was asked to become a Trustee—I think that was perhaps the day she was most proud.” 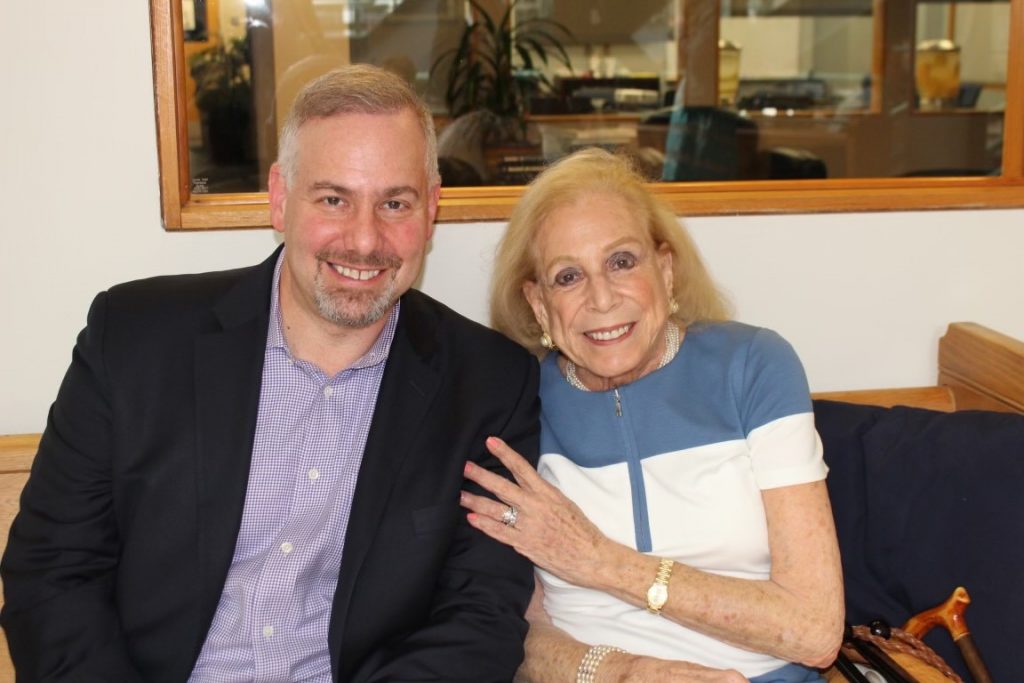 Doug and his wife Susan have carried on the Present family legacy of love. Their philanthropy at Syracuse has focused on first-generation and Pell Grant students and improving the overall experience for these students at the University. This has included funding summer internships for those who cannot afford to accept an unpaid opportunity and helping students who experience hardships while at Syracuse, to ensure their ability to continue in their studies and make it to graduation.

Doug says his parents helped define his own philanthropic goals: Provide opportunity. Take a chance on deserving kids. Expand access to Syracuse University. Doug tells the story of a young boy he mentored as part of his own volunteer work with New York Cares. The boy was in third grade when he met Doug and they remain close over 30 years later. Jane helped this young man attain the scholarship that allowed him to go to Syracuse University, where he met his wife and began a successful career of his own. Doug says, “Syracuse has a long track record of taking chances on deserving students and giving them the opportunity to succeed. My wife and I hope to help create more of these opportunities for other deserving students in the future.”