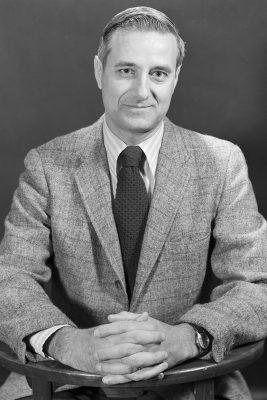 It’s common for a certain noise, taste or smell to bring about memories of the past. For Susan Church Andersson, she remembers the distinctive squeak her father’s chair would make as he worked late into the night in the kitchen below her bedroom.

“Hearing that noise under my room—knowing he was there—always gave me a sense of comfort,” says Andersson ’84.

Her father, Philip Throop Church, a professor of mathematics for 43 years at Syracuse University, had a flair for the unconventional when it came to his workday.

“My dad was a complete night owl, and he always scheduled his classes after noon and would stay up late working,” she recalls. “He used to walk in our neighborhood late at night, practicing his lectures. I’m sure our neighbors thought he was crazy.”

But his midnight strolls, where he would recite and perfect the content that he would deliver in class the following day, were a testament to his deep commitment to his students, the math department and Syracuse University.

“I think of my dad as one of the most honest, dedicated and hard-working men ever,” says Andersson. “He was extremely proud of his research and equally devoted to teaching and supporting his students.”

To honor his career at Syracuse and dedication to students, Susan Andersson and her brothers, Peter T. Church and Daniel R. Church, have established the Philip Throop Church Undergraduate Math Endowed Scholarship fund through the Forever Orange campaign. The scholarship provides financial assistance to one undergraduate student majoring in mathematics each year. 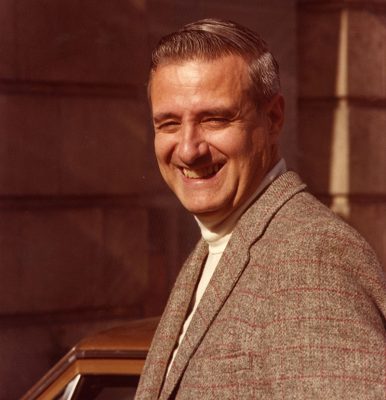 Church came from humble beginnings, working on his family’s poultry farm in Connecticut from the age of nine. When it came time to go to college, he attended Wesleyan University on a tuition scholarship, and nearly had to drop out because he couldn’t afford room and board, says Andersson. But he persevered, working in the kitchen of his fraternity and living in a room in a local minister’s house in exchange for house- and yardwork. He eventually graduated from Wesleyan University in 1953 with a B.A. in mathematics. He received an M.A. in mathematics from Harvard University in 1954, and a Ph.D. in mathematics from the University of Michigan in 1959.

He joined the faculty of the Department of Mathematics in Syracuse University’s College of Arts and Sciences (A&S) in 1958. During his career, Church published over 50 research papers and was named the university’s Francis H. Root Professor of Mathematics in 1976. Among his prestigious appointments, Church was a member of the Institute for Advanced Study (1962, 1965-1966), the Institute for Defense Analyses (1962-1963) and was a National Science Foundation Senior Postdoctoral Fellow (1965-1966). Church was also a distinguished visiting professor at the University of Alberta (Fall 1986) and was named Scholar/Teacher of the Year at Syracuse University in 1989. In 2002 the University established the Philip T. Church Postdoctoral Fellow program in his honor, which supports two to four postdoctoral researchers at Syracuse each year specializing in pure or applied mathematics.

Church’s research interests spanned several mathematical areas. They included topology, which is the study of shapes, such as curves and surfaces, whose properties are unchanged by stretching or twisting; singularity theory, which is the study of shapes that contain points where the shape is pinched, creased, or passes through itself; and nonlinear elliptic differential equations, which are equations used in fields such as physics and economics to determine how a function changes over time. Church’s most cited paper, “Non-trivial polynomial isolated singularities” (Indagationes Mathematicae (Proceedings) Volume 78, Issue 2, 1975, Pages 149-154), answered a question posed by prominent mathematician John Milnor in 1968, which involved singularity theory and global analysis. In their paper, Church and co-author Klaus Lamotke offered a complete answer to Milnor’s question, which had never been done before.

According to Graham Leuschke, professor and chair of mathematics, Church was one of the central organizing figures of the math department in the second half of the 20th century and remained involved until he passed away in 2015 at the age of 84.

“He was on all the departmental committees at one point or another, and was a large part of our institutional memory,” says Leuschke. “He continued in that role after retiring in 2001, drafting biographies of all then-current faculty for the website, and organized decades of material about the history of the department.”

James Timourian ’67 Ph.D., who was advised by Church and would go on to be his longtime collaborator, says those who worked closely with Church remember him for his perseverance, focus and integrity. One story that illustrates those values was a time Church and Timourian were discussing possible journals in which to submit one of their scholarly papers.

Timourian says Church’s strong sense of integrity and patience was also evident in the classroom.

“For a graduate student in mathematics, Syracuse was a friendly place,” recalls Timourian, reflecting on Church’s manner with his students. “I still remember his patience, encouragement and enthusiasm when I walked into his office and explained the first breakthrough that led to my thesis. I can imagine that anyone who interacted with Phil would testify to his work ethic, focus and above all, fairness and consideration.”

Helping students to succeed is something Church himself viewed among his greatest accomplishments at Syracuse. Andersson remembers her father’s enthusiasm when a struggling student who was hardworking and conscientious overcame adversity.

“My father would do things like throw out a poor quiz grade from earlier in the semester and put greater weight on the final if he saw a student was giving it their all,” says Andersson. “One of his greatest thrills was when a student would overcome poor performance early in the semester, work hard and succeed in the end.” 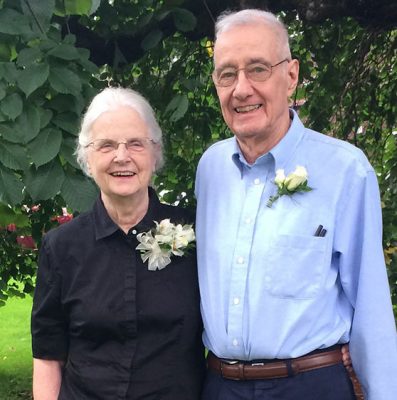 While research and teaching consumed much of Church’s energy and efforts, his family always remained his top priority.

Church’s dedication to finding optimal solutions to problems through hard work—both in his research and at home—was a trait his children say passed down to them in various ways.

“From selecting a vacuum cleaner and buying a car to trying to navigate departmental issues, he would focus and consider and think until he was satisfied that whatever he had decided was the best option,” says Andersson. “Generally, this was an exhaustive exercise, and it did sometimes drive some people (my mom, for one) crazy. But the way he approached everything—with honesty and dedication—was something my brothers and I have all tried to emulate in our own lives and ways.”

When it came time to distribute their parents’ donor-advised fund, Church’s children wanted to honor their father’s 43-year legacy at Syracuse while also providing opportunity for students in the department their father shaped in so many ways.

“Our father was able to attend college in large part due to financial aid, and it is our wish to provide such an opportunity for future math students at Syracuse University,” says Andersson.

From his research to his teaching, College of Arts and Sciences (A&S) Dean Karin Ruhlandt says Church exemplified the best of A&S.

“Phil’s kindness to his students, dedication to the math department and insistence on living ethically all embody the liberal arts at A&S,” says Ruhlandt. “Thanks to his children’s generous gift, future students will carry on his great legacy. All of us thank Peter, Susan and Daniel for honoring their father’s vision.”