Growing up in Atlanta, Janice Poe spent her whole life in the city, and always wanted to go to college. She thought joining the military would be the best way to pay for it and was fortunate to get into West Point. She thrived there for two years before realizing, just in time, that it wasn’t the best fit for her because she wanted to pursue advanced studies in a medical field. However, the long, rigid service commitment that comes after a West Point education wouldn’t guarantee a chance to go right away. 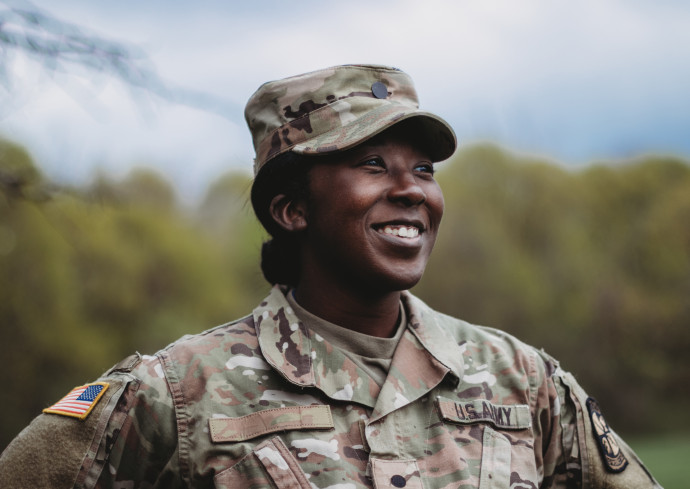 “I thought: Are you crazy? Are you really going to leave because you don’t want to make that commitment?” she says. “Now I realize it was the best decision I made in my life.”

Just 10 days after leaving West Point, Poe enlisted in the Army National Guard. It came with greater flexibility, and combined with a Minuteman scholarship, she’d have her college fees covered. Her plan was to get back to school, and she didn’t expect to get called for duty right away. That’s when COVID hit, and Poe found herself with a unit in rural Georgia on the front lines of pandemic relief.

First, she staffed a warehouse with consolidated medical supplies, helping to manage distributions of face masks, hand sanitizer and other protective equipment. After only three months, she earned a leadership position. She started running a project to get food to children who were learning from home while schools went to remote learning. Poe’s team helped to prepare and count meals, package onto buses and distribute them in areas of need.

“We had the same families who came every day, and I realized that school was the only time these children could get a meal,” Poe says. “It was really humbling to do something like that.”

When she wrapped that assignment, she was excited to be heading to Syracuse University. She found the liaison and process very helpful, especially since her circumstances were complicated.

“I genuinely felt they wanted what’s best for me,” she says. “They were just so helpful and inviting, I never felt like I didn’t belong here.”

She took an interstate transfer from Georgia, where she served in the 221 Expeditionary Military Intelligence Battalion, to New York to join the 27th Infantry Brigade Combat Team headquarters. She picked the unit closest to Syracuse University, which happens to be an infantry unit, and very different from what she did in Georgia.

Even after her successful time at West Point, she had reservations about making a switch to an infantry unit. She had nothing to worry about. Poe did such a great job during a two-week simulated warfighting exercise that her unit surprised her with her first Army Achievement Medal. She surprised them, too, as they had no idea about her prior experience as a cadet. 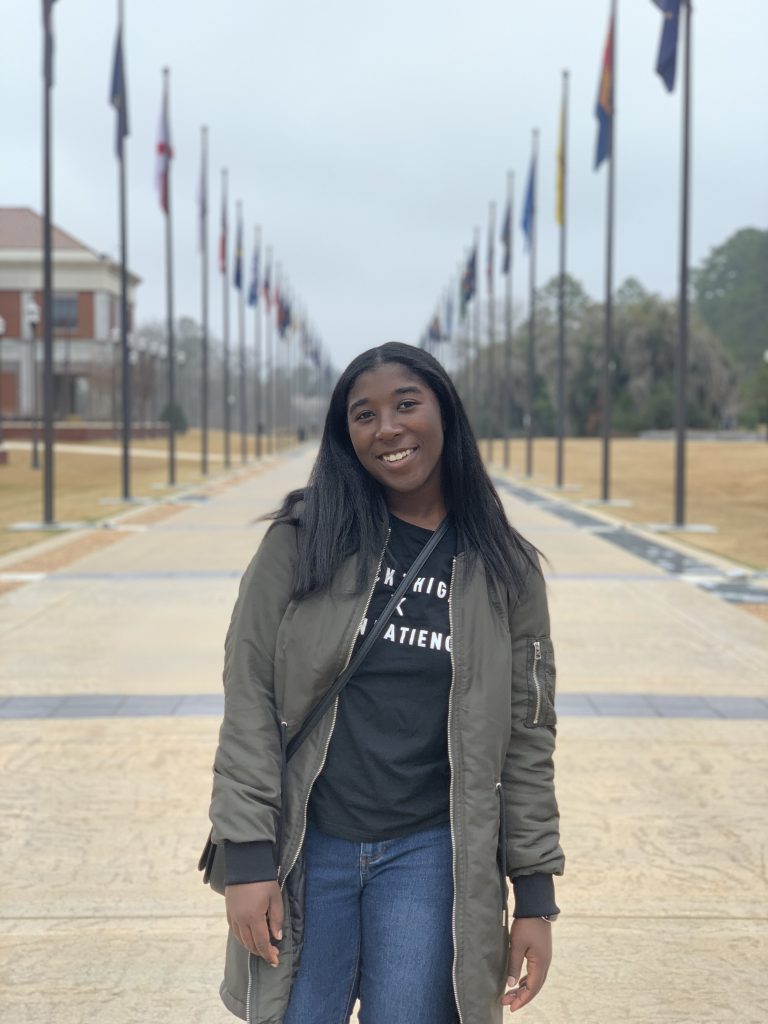 “I was so nervous to come to this unit, and they made me so much better,” she says. “They’ve been the most amazing unit. I love them so much.”

As a Simultaneous Membership Program cadet, Poe gets to experience student life with the Syracuse ROTC battalion and continue service in the guard. She’s a chemistry major and plans to attend physician assistant school after graduating in December. Her volunteer work at the COVID testing center at Syracuse University ties well with her pandemic experience from Georgia and helps with the clinical hours she needs.

Through her studies at Syracuse, Poe also started contributing to research on health care in marginalized communities, which helped lead her to work with Joseph Chaiken, professor of chemistry. They’re testing a device that can be placed over a person’s finger and test blood without using needles. She’s helping to focus some research on differences in skin tone and pigments. Her capstone study is to test the device among many people to see whether it needs to account for different skin tones.

“The moment he started talking about it, I thought it’s so cool, and there’s something I could do with it to make a difference,” she says.

Poe is grateful she made that seemingly crazy decision about leaving West Point when she did.

“Could I do it? Absolutely, without a doubt. Would I have been happy? Absolutely not. I would have stayed, but it wouldn’t have made me as happy as I am now. I’m able to learn as a soldier and grow as a leader while I can pursue my interests,” Poe says. “The ultimate goal for me is to have a balance between time in service and devoting my time in research and my career.”