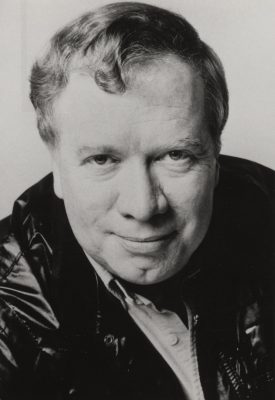 Robert S. Phillips ′60, G′63, former assistant director of admissions and professor of English, died at the age of 83. A proud alumnus of the University, Phillips received bachelor’s degrees in English and advertising and a master’s degree in English. An eminent author, educator and award-winning advertising professional, Phillips was a recipient of a 1988 George Arents Award for his contributions to writing. The Arents Award is Syracuse University’s highest alumni honor presented annually to alumni who have made a significant impact on their chosen field.

In addition to being Phillips’ alma mater, Syracuse University was also where he met his wife, Judith Anne Bloomingdale Phillips. The two met in English class and would eventually marry in Hendricks Chapel. After graduating, Phillips remained at Syracuse as a professor of English and assistant director of admissions before moving to New York City, where he was a copywriter and vice president with Benton & Bowles, BBDO and J. Walter Thompson. He moved to West Germany in the early 1970s taking a position as creative director of Grey Advertising in Düsseldorf.

In 1991, Phillips joined the creative writing faculty at the University of Houston where he would teach until 2009. He was director of the writing program from 1991-96 and was a recipient of the university’s Outstanding Teacher Award.

A renowned creative writer, Phillips published seven books of poetry, including his Pulitzer Prize-nominated work, “The Pregnant Man” (Doubleday). He was also an accomplished interviewer, publishing his conversations with poets and writers such as Philip Larkin, Karl Shapiro, William Styron and Joyce Carol Oates, in a volume titled “The Madness of Art” (Syracuse University Press, 2003).

An extensive collection of Phillips’ work is housed in Bird Library. The Robert S. Phillips Papers contains his correspondence with individuals and organizations; writings, including books, essays, interviews, novels, poetry, reviews, scripts, speeches and short stories; and memorabilia such as programs and announcements and issues of various periodicals in which Phillips’ work appears.

Along with his Arents Award, Phillips’ other honors include a 1996 Enron Teaching Excellence Award, a Pushcart Prize, an American Academy and Institute of Arts and Letters Award in Literature, a New York State Council on the Arts CAPS Grant in Poetry, MacDowell Colony and Yaddo Fellowships, a National Public Radio Syndicated Fiction Project Award and Texas Institute of Letters membership. In 1998, he was named a John and Rebecca Moore Scholar at the University of Houston.