A new book about the importance of design thinking for a regenerative future grew from a conversation at Syracuse University between two like-minded visionaries. 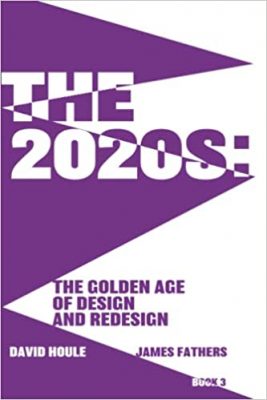 In September 2018, world-renowned futurist and thinker David Houle ’69, a graduate of the College of Arts and Sciences, visited campus to deliver the keynote speech at the College of Visual and Performing Arts’ fall convocation. As part of his visit, he spent time with students in the School of Design and met James Fathers, a professor of design who was serving as the school’s director at the time.

As the two discussed design, higher education and the future, they realized they held a common vision. Houle, who was writing a series of books about the 2020s, which he describes as “the most disruptive decade in history,” invited Fathers to co-author a new volume focused on design. The resulting book, “The 2020s: The Golden Age of Design and Redesign” (Houle and Associates, 2021), emphasizes the need for designers to use new ways of design thinking to solve critical issues that face our planet, notably climate change.

“The message of the whole book is that designers individually and as a profession need to wake up and become part of the solution to the climate crisis—and all of the other issues that face us in the next decade—rather than being part of the problem as we have since the birth of the profession as an enabling function of capitalist manufacturing and consumption,” says Fathers. 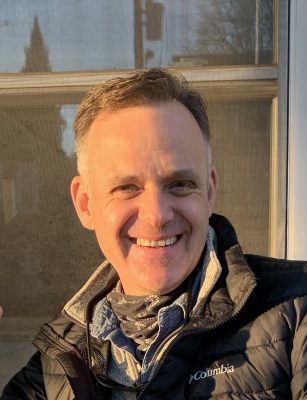 Fathers, who is on the faculty of both the School of Design’s undergraduate design studies program and graduate M.F.A. design program, has incorporated the ideas in the book into one of his classes. “I am teaching an M.F.A. course this spring that is specifically based on the book and the 17 principles of Planetary Systemic Design that it sets out,” he says, referring to new guidelines for designers that he and Houle outline in the book. “The idea of the class is to present design ideas that serve as stories of hope that although great change is needed, we as a society can find ways to thrive and prosper rather than just survive the increasing pressures that face us as occupants of this planet.”

A chapter in “The Golden Age of Design and Redesign” called “Doom and Bloom” focuses on the visions and perspectives of young activists and designers who will shoulder the work of the redesign. It was written by four contributors who are alumni of Syracuse University or SUNY College of Environmental Science and Forestry: Emma Gutierrez ’19, mycologist and community educator at Hawk Meadow Farms; Katrina Little ’20, biomimicry product designer and environmental activist; Tay Lotte ’21, support team lead and regenerative designer at nRhythm; and Julie Regina ’09, experience design director at Healthy Minds Innovations. Little, who majored in industrial and interaction design and met Houle during his 2018 visit, served as project lead for the chapter.

“As the book progressed, I realized that because of the fact that the brunt of the impact of the climate crisis will be born by generations younger than both of the authors, we needed to invite their voice into the writing process,” says Fathers.

Both authors were invited to present the core messages of the book as keynote speakers at the Sarasota Institute on Feb. 27 alongside Larry Thompson, the president of Ringling College of Art + Design.

For more information about the book, visit Houle’s website.