Share
College of Arts and SciencesDepartment of PhysicsfacultyKashi and Kameshwar C. Wali Lecture in the Sciences and Humanities

The College of Arts and Sciences (A&S) mourns the loss of Kameshwar C. Wali, Steele Professor Emeritus of Physics, who passed away Jan. 14 at the age of 94. An eminent theoretical physicist, Wali was internationally recognized for his research into the symmetry properties of fundamental particles and their interactions. Wali was predeceased by Kashi Wali, his wife of 69 years, and is survived by three daughters, Alaka, Achala and Monona Wali, six grandchildren and a great-granddaughter. 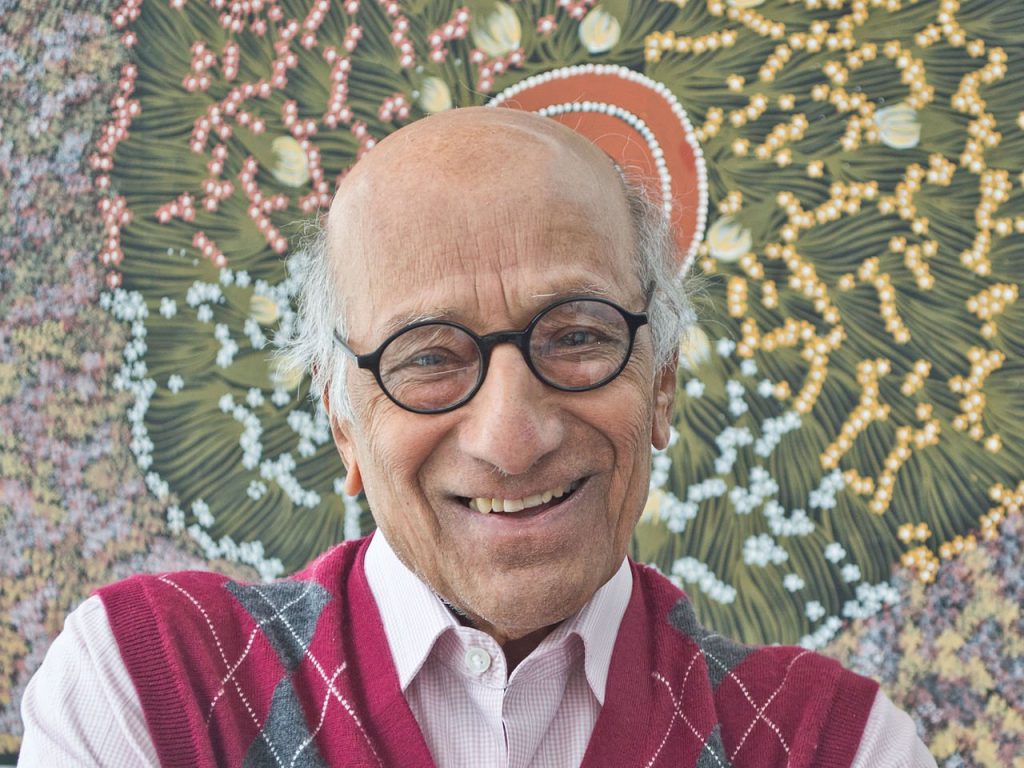 Born in Bijapur, India, in 1927, Wali studied mathematics and physics at Raja Lakhamagouda Science Institute and Banaras Hindu University, earning a bachelor’s and master’s degree, respectively. Wali moved to the United States in 1955 to pursue a Ph.D. in physics at the University of Wisconsin, Madison. After earning his doctorate in 1959, Wali held appointments as a research associate at Johns Hopkins University and assistant scientist at Argonne National Laboratory in Illinois. At Argonne, Wali was promoted to senior scientist of the organization’s high energy physics division. Concurrently, he also taught courses at Northwestern University (1964-66), the University of Chicago (1967-69) and was a visiting scientist at the International Center for Theoretical Physics, Trieste, Italy (1967).

Wali joined the physics faculty at Syracuse University in 1969, teaching for nearly 30 years until his retirement in 1998. Among his career appointments, Wali was a fellow of the American Physical Society (APS) and was designated Scientist of the Year by the APS’ India chapter in 2001. At Syracuse, Wali was named the J.D. Steele Professor of Physics (1996-98) and was a recipient of the Chancellor’s Citation for exceptional academic achievement in 1980.

During his distinguished career as a physicist, Wali was author of numerous research papers, which were recently compiled into a book, “Fads and Fancies of Elementary Particle Physics: Selected Works of Kameshwar C. Wali“ (World Scientific Press, 2021).

Simon Catterall, professor of physics, says Wali left an indelible mark on the physics department during his three-decade long career and was a driving force behind its continued growth.

“Kamesh was a much-loved scholar and colleague both within the physics department and the broader Syracuse University community,” says Catterall, who joined the department in 1993. “He led the high- energy theory research group from 1969 to 1993 and was chair of physics from 1986 to 1989. His friends and colleagues from around the world will miss him greatly.”

Jennifer Ross, professor and chair of physics, notes that Wali will be remembered for his caring attitude toward students.

“He mentored many students who were from historically excluded groups and made them feel at home,” says Ross. “After news of his passing came out, many of them reached out to the department to share their stories of how much his gestures of open acceptance helped them succeed in graduate school.”

Alongside his contributions to theoretical physics was a deep interest in the humanities. Wali thoughtfully combined scientific and humanistic inquiry into his work as an author. In addition to publishing numerous physics papers, Wali wrote about topics ranging from the physics of violin acoustics, in his book titled, “Cremona Violins: A Physicist’s Quest for the Secrets of Stradivari” (World Scientific, 2010) to biographies and memoirs illuminating the work of legendary physicists including Satyendra Nath Bose, S. Chandrasekhhar and Robert Green Sachs.

“Very unusually, Kamesh Wali’s career combined outstanding research in theoretical physics with important accomplishments as a humanist,” notes Schiff. “My first long conversation with him occurred at the University of Chicago, where I was a physics postdoc. He was visiting from Syracuse to interview Subramanyan Chandrasekhar, the future physics Nobelist and the subject of Wali’s 1990 book entitled “Chandra: A Biography of S. Chandrasekhar” (University of Chicago Press). At Syracuse, he befriended some stellar writers–Tess Gallagher and Ray Carver in particular. It has been wonderful and inspiring to have this irreplaceable person amongst us at Syracuse.”

Wali was also instrumental in bringing top thinkers and leaders from various fields to Syracuse University for speaking engagements. He was a founding organizer of the University Lectures, a cross-disciplinary series featuring talks by notable guest speakers each spring and fall. The premier lecture series brings high-profile guests, such as Daily Show host Trevor Noah, to campus to share their talents, experiences and perspectives. In 2007, Wali’s daughters, Alaka, Achala and Monona, founded the Kameshwar C. Wali Lecture series in honor of their father’s commitment to science and the humanities. The series, which was renamed the Kashi and Kameshwar C. Wali Lecture in 2021 in remembrance of Wali’s wife, features presentations by scientists and researchers whose scholarship spans the sciences and humanities.

The Wali Lecture is put on in partnership with the Syracuse University Humanities Center. “Professor Wali’s longtime passion for thinking across cultural and historical boundaries, convening people for intellectual exchange and bridging disciplines has offered an important model of scholarly community to continue to build upon,” says Vivian May, director of the Humanities Center and the CNY Humanities Corridor. “His interest in and ability to link scientific and humanistic inquiry will be greatly missed.”

Donations in honor of Wali can be made to the Kashi and Kameshwar C. Wali Lecture in the Sciences and Humanities at Syracuse University. They can be mailed to the Office of Advancement and External Affairs, 640 Skytop Road, second floor, Syracuse, New York 13244.