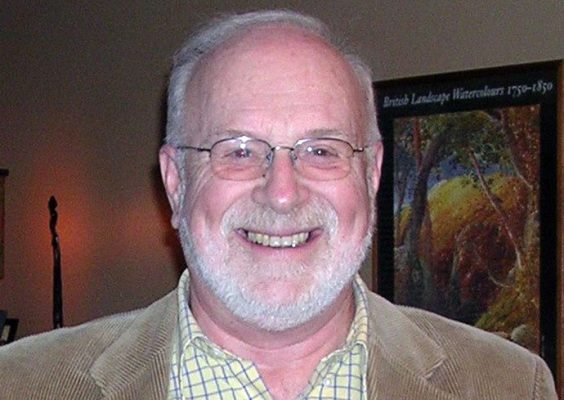 In his 33 years as a Maxwell faculty member, Peter T. Marsh penned several books that reflected his research interests, including church history and 19th- and 20th-century Great Britain. Among them, a biography of British politician and social reformer Joseph Chamberlain.

Researching “Joseph Chamberlain, Entrepreneur in Politics” (Yale University Press, 1994) led to a deep friendship with the notable family and added to Marsh’s affinity for England, which became his home shortly after he retired from the Maxwell School in 2000.

“Peter was a remarkable colleague,” says David Bennett, professor emeritus of history. “He was a gifted teacher and a very accomplished scholar, and he had a distinguished career after he left Syracuse.”

Marsh retired in 2000 and soon after relocated to Birmingham, where his book’s namesake, Chamberlain, founded the University of Birmingham and served as secretary of state for the colonies during the Second Boer War.

While in England, Marsh researched and wrote further publications connected to Chamberlain: “The Chamberlain Litany: Letters Within a Governing Family From Empire to Appeasement” (Haus Books, London, 2010) and “The House Where the Weather was Made: a Biography of Chamberlain’s Highbury” (with Justine Pick, West Midlands History, 2019).

In addition to his research and writing, Marsh served as chair of governors of a small secondary school, ARK St Alban’s Academy, which is attached to a city church in Birmingham.

The move to England brought Marsh full circle, as he had earned a Ph.D. from Cambridge University’s Emmanuel College in 1962. He joined the Maxwell School as an associate professor of history five years later and served as department chair from 1968-70.

In 1978, Marsh was promoted to professor, and two years later he was named a Guggenheim Fellow—one of the first in Maxwell to earn the distinction.

He was later appointed professor of international relations. He also served as president of the Middle Atlantic States Conference on British Studies and was a Leverhulme Fellow in association with the University of Birmingham, which granted him an honorary professorship. He was named a professor emeritus of history following his retirement from the Maxwell School.

Mary Lovely, professor of economics currently serving as the chair in U.S.-China Relations at the Kluge Center at the Library of Congress, says Marsh’s accomplishments were complimented by his character. “Peter’s friendships crossed disciplinary and school boundaries,” she says. “I remember him with a twinkle in his eye, always quick with a witty observation and a kind word.”

Marsh is survived by his wife, Amanda; his three children, Stephen, Andrea ’87, G’96 (Jason) and Susan ’89 (Lyndon); their mother, Margaret Webb G’77, Ph.D. ’96 (Stephen); and four grandchildren, Jessica, Lisette and Caroline (Susan) and Margaret (Andrea). He is also survived by his sister, Mary, and her family. He was pre-deceased by his second wife, Konstanze Baumer.