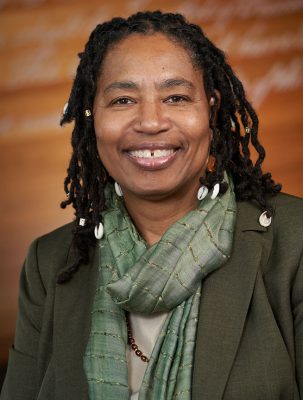 The episode will also be available for streaming. View the “American Reckoning” trailer and learn more about the program in this press release.

Johnson was tapped for the episode due to her work as director of the Cold Case Justice Initiative (CCJI) at the College of Law and her ongoing work on the Wharlest Jackson case. CCJI conducts investigations and research on unresolved cases, offers academic courses, public forums and other special events, and serves as a clearinghouse for sharing and receiving information on active cases. College of Law student members of CCJI were also interviewed for the episode.

Johnson and CCJI students work with the Jackson family in sponsoring the Wharlest and Exerlena Jackson Legacy Project, which commemorates the legacies of Wharlest Jackson, Sr. and his wife Exerlena, and their contributions and ultimate sacrifices for racial justice, educational and employment opportunity, voting rights and full participation in United States society. The program includes speakers, and workshops for high school and junior high school students, parents, educators and the public. The program will take place April 1-2 on Zoom. Further details will be available here. Inquiries can be sent to The Jackson Legacy Project.