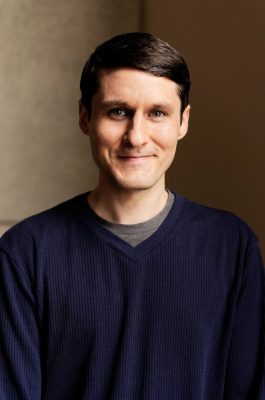 Keane Southard, a Ph.D. candidate in composition at the Eastman School of Music in Rochester, New York, has been announced as winner of the 2021 Gregg Smith Choral Composition Contest in the College of Visual and Performing Arts’ Rose, Jules R. and Stanford S. Setnor School of Music. The award, which is named for renowned composer and choral conductor Gregg Smith, is given biennially to a composer between the ages of 21 and 35 who has written and submitted a musical composition for a Setnor School choral ensemble.

Southard won for his work “The Wayfaring Stranger,” which was selected by a committee of Setnor faculty from numerous compelling entries. Southard’s work will be premiered by Crouse Chorale, the Setnor School’s gender-inclusive treble ensemble of students from varied majors and schools/colleges. The premiere will be part of their performance on Wednesday, April 27, at 8 p.m. in the Rose and Jules R. Setnor Auditorium, Crouse College. Southard will work with the choir on the piece and will be present for the world premiere.

“Crouse Chorale is excited to work with Southard and bring ‘The Wayfaring Stranger’ to life,” says Setnor Professor Wendy Moy, who conducts the ensemble. “It is an honor to be the first to interpret a new piece and we are grateful to have this contest in honor of Gregg Smith.”

Southard (b. 1987) is a composer and pianist who believes deeply in the power of music to change how people think, feel and act and that it can be a catalyst for positive change in the world. He has been a recipient of many awards, including winner of the 2nd Michal Kleofas Oginski International Symphony Orchestra Contest, the Howard Hanson and Belle S. Gitelman Awards from the Eastman School of Music, the Yale Glee Club’s Emerging Composers Competition, the Capital Hearings Young Composers Competition, the Cecil Effinger Composition Award and George Lynn Prize from the University of Colorado-Boulder, the Longfellow Chorus International Composers Cantata Competition, the Charles B. Olson Young Composer Award and the Ars Nova Singers Colorado Composers Competition. He has also been awarded residencies at Copland House, Playa and the Kimmel-Harding-Nelson Center.

The Setnor School established the Gregg Smith National Choral Composition Contest and the Gregg Smith Graduate Choral Conducting Scholarship in 2008 with the support of an anonymous donor. Smith had a 30-year relationship with Syracuse University; the Gregg Smith Singers and Smith collaborated with University choirs and faculty members on operas, concerts and numerous premieres at the University.

The Setnor School hosts the Gregg Smith National Choral Composition Contest as part of its mission to offer opportunities for the highest level of professional musical development within the context of a broad, humanistic education; to encourage and facilitate the broadest possible range of creative options for students and faculty, recognizing that the Western classical tradition continues to grow and expand, and that it is only one in a world of myriad others; to uphold the school’s role and responsibilities as a citizen of the community, and of the larger culture, by serving the community through outreach and education and by creating and maintaining an inclusive environment in which all can pursue musical interests and develop their gifts; and to offer substantive musical opportunities for non-music majors from all corners of the University.