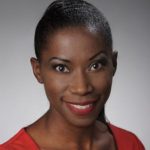 The job of a news broadcaster is to report the news, not make it. But that was exactly the case recently when a local TV reporter from WSAZ in Charleston, West Virginia, was struck by a vehicle while reporting live from the scene of a car accident. Tori Yorgey was reportedly not badly hurt—she did get back up and continue her report—but the incident is drawing the ire of broadcast professionals worldwide, who say industry economics should not preclude safely dispatching crews for live hits.

Yorgey was reporting on her own as a multi-media journalist (MMJ).  While this arrangement is far from unique due to cost savings, news professionals say best practices would dictate an actual camera operator, who could serve as an extra set of eyes to keep both members of the crew safe.  The incident involving Yorgey was the second in the past few months involving a reporter hit by a car while videotaping a standup report. It also happened to Newhouse grad Lilia Wood ’20 while reporting for her station in Buffalo. Newhouse Broadcast and Digital Journalism Professor Shelvia Dancy, once a television news reporter herself, says things need to change to help keep reporters safe.