Iris St. Meran, news reporter for NewsChannel 9, will serve as emcee for the 37th annual Rev. Dr. Martin Luther King Jr. Celebration, to be offered online this year on Sunday, Jan. 30, at 7 p.m. 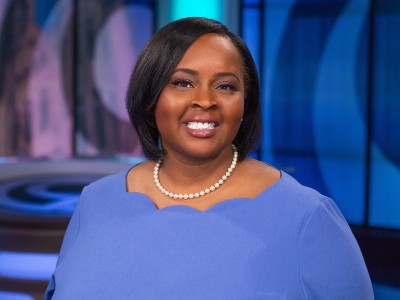 “Iris St. Meran is an excellent journalist, dedicated community member and beloved thought leader,” says the Rev. Brian Konkol, dean of Hendricks Chapel. “As we seek to honor the life and legacy of a leader who brought hope and healing to our world, the Celebration Planning Committee believed Iris was the right person for this important time, and we were delighted when she accepted our invitation to participate.”

The featured speaker at this year’s celebration is Martin Luther King III, a civil rights activist, global humanitarian, political leader and eldest son of Rev. Dr. Martin Luther King Jr. King will speak to his father’s legacy under the theme, “We Are Part of the Dream.” The celebration is the largest of its kind on a college campus and features performances, dinner and the presentation of the Unsung Hero Awards.

Registration for the event is free and open to all on Syracuse University’s Rev. Dr. Martin Luther King Jr. Celebration website.

Iris St. Meran has created a special connection with Central New York and Syracuse as a television news reporter at NewsChannel 9 and, previously, as anchor at Spectrum News. St. Meran pursued her degree in journalism at Emerson College in in her hometown of Boston, Massachusetts.

She started her career as a desk assistant and web producer at New England Cable News. St. Meran quickly immersed herself in the local community after moving to Upstate New York in 2008.

Throughout her career, St. Meran has covered a number of impactful, life-changing stories. She earned a first-place award from the New York Associated Press for her series “Addicted: Heroin’s Hold.” That series is an example of St. Meran’s passion for telling stories that make a difference in the lives of her viewers. In another multipart series, “Troubled Water: Crisis in Flint,” St. Meran found inspiration in that Michigan community’s ability to come together in the midst of crisis.

St. Meran serves on the boards of the Gifford Foundation and the YMCA of Central New York. She also co-hosts a podcast called “The Ladies’ Room,” which features women making an impact in their communities. St. Meran loves animals and has two rescue dogs. She has run the Utica Boilermaker 5K. She also enjoys the area’s vibrant history. She has spent her time here meeting the people, participating in the activities and exploring the places so special to Central New York.