As a member of the Syracuse University band, Howard “Howie” Phanstiel ’70, G’71, had an up-close view of the greatness of No. 44 Floyd Little ’67, H’16. From his seat on the sidelines, instrument in hand, Phanstiel vividly remembers the speed and determination Little displayed in carrying the football for the Orange. They were contemporaries as students who became friends later in life, bonded by their passion for their alma mater. 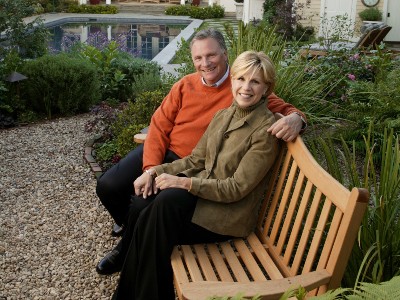 Now, Phanstiel and his wife, Louise Phanstiel, are paying tribute to the Syracuse University legend, pledging a $5 million gift to the Forever Orange campaign that will enhance the student-athlete experience in alignment with the vision of the $150 million fundraising initiative recently announced by the Department of Athletics. In recognition of the Phanstiels’ generosity, an atrium entryway commonly referred to as the Little Atrium will be named in honor of Little.

The couple’s latest gift continues an extraordinary legacy of philanthropy from the Phanstiels. Howie, a Life Trustee, and Louise, a Voting Trustee, continue to serve the University and its students in countless ways, including a decade of scholarship support to more than 80 Phanstiel Scholars through a program designed to encourage students to balance community service with their academic pursuits. 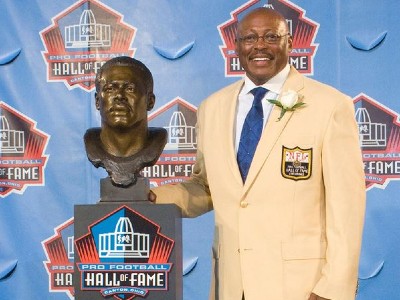 Phanstiel says that Little embodied service to community and dedication to others throughout his lifetime.  Little passed away on Jan. 1, 2021, at the age of 78 after nearly a year of battling cancer. “He was a fierce competitor on the field,” says Phanstiel of Little, the three-time all-American who was elected to the College Football Hall of Fame in 1983 and the Pro Football Hall of Fame in 2010. “Off the field, Floyd was gentle, kind and a very engaged and giving person. There was nothing he wouldn’t do to help Syracuse University. Floyd and his wife, DeBorah, bled Orange, giving back in every way they could.”

Phanstiel says that he and Louise began thinking about making a gift in Little’s honor long before they knew he was ill.  They often worked together on capital campaigns and initiatives that would strengthen the football program. “Floyd always demonstrated the work ethic and the commitment required to achieve goals. He was a great teammate, understanding the importance of everyone on the team. He was truly inspiring.”

Syracuse University Athletics Director John Wildhack says the gift from the Phanstiels is similarly inspiring. “Just as Floyd Little left a legacy, so are the Phanstiels. Floyd Little impacted so many people, not just by his passion for football, but through his mentorship of students and the guidance he imparted to our staff. He was always willing to share his time and his wisdom. By giving such a generous gift to the Lally Athletics Complex in Floyd Little’s name, the Phanstiels are keeping his spirit alive and reminding us of the best of Orange values and virtues.”

Wildhack added that the Phanstiels’ philanthropic support of the academic and athletic aspirations of student-athletes is aligned with the transformative vision behind the Lally Athletics Complex. The $150 million to be raised from private philanthropy will help transform the Manley Field House into the John A. Lally Athletics Complex, a state-of-the-art academic and athletics village. In the spring of 2022, the multi-million, multi-year project will get started with the construction of a new front entrance to the center for student-athlete life.

Phanstiel says the decision to honor Little with their newest gift to the Lally Athletics Complex is their way of reminding others of what it means to pursue goals and achieve them. And not just on the football field. “For us, life is about winning, but not in the context of whom you defeat. Winning should be about fulfilling your personal goals and those of the organizations you believe in,” says Phanstiel, the past chairman and CEO of PacifiCare Health Systems, one of the nation’s most prominent consumer health companies that eventually merged with UnitedHealth Group.

“Winning is about fulfilling a mission and giving back to community,” says Phanstiel. “No one exemplified this more than Floyd Little.”