In a 2019 interview, National Public Radio’s Scott Simon asked Chanelle Benz G’12 a pointed, and timely, question about her debut novel, “The Gone Dead,” in which the lead character returns to the Mississippi Delta shack her father owned in the 1970s. There she confronts the mystery of her father’s death and grapples with racial injustice and her family’s—and the nation’s—history of white supremacy. 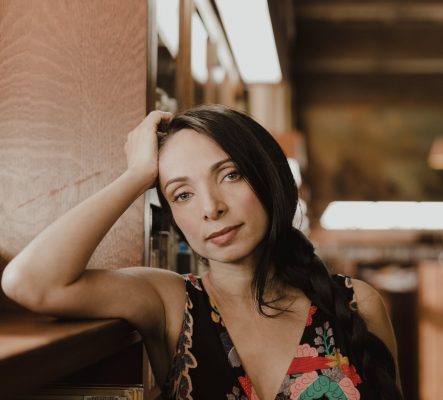 “Well,” responds Benz, a new member of Syracuse University’s internationally recognized creative writing program, “I think that we can lay the past to rest once we’ve had some kind of reckoning with it.” She continues, “I don’t believe that there can be any kind of healing or moving on or reconciliation with the past unless we’ve had a true confrontation with it.”

“The Gone Dead” (Ecco/Harper Collins, 2019) was longlisted for the 2020 PEN/Hemingway Award for Debut Novel and earned the 2019 Center for Fiction First Novel Prize. “Her attention to the recurring nature of racism in this country, and her gift for weaving these insights into a gripping narrative, establish Benz as an adept critic and storyteller,” author Margaret Wilkerson Sexton writes in a 2019 New York Times review.

Benz previously was assistant professor of English at Rhodes College in Memphis, Tennessee. Her short story collection, “The Man Who Shot Out My Eye Is Dead” (Ecco, 2017), was longlisted for the 2018 PEN/Robert Bingham Prize for Debut Fiction and the 2017 Story Prize. 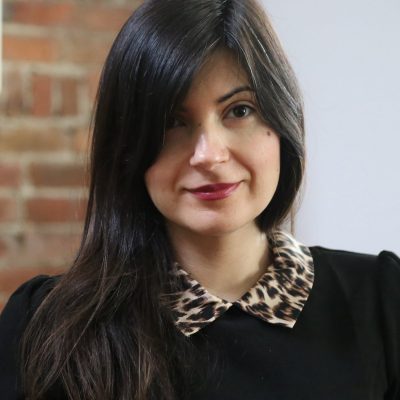 Another new faculty member to join the program is Mona Awad. Her third novel, “All’s Well” (Simon & Schuster), was released in August 2021. Awad is also the author of “Bunny” (2019, Penguin) and “13 Ways of Looking at a Fat Girl” (Penguin Books, 2016). An NPR review calls “All’s Well” “a surreal exploration of chronic pain, women’s believability and visibility, and desperation that straddles the line between comedy and horror.”

Benz and Awad bring their voices to the creative writing program in the College of Arts and Sciences English department as the national conversation continues around the need for equity and social justice in the American experience. Creative writing, which powerfully explores the breadth of human existence, is a natural avenue for students wishing to portray the world as it is—or, perhaps, how it should be.

With the recent launch of a new undergraduate major and minor in creative writing, students have plenty of opportunity to hone their craft alongside such accomplished faculty. “It’s perfect timing to have two new faculty members who are both doing such interesting work,” says author and associate professor of English Dana Spiotta, who has taught in the program since 2009. Her highly anticipated fifth novel, “Wayward,” was published in July to critical acclaim. In her review on NPR’s “Fresh Air,” Maureen Corrigan called Spiotta “one of the most alert, ambitious, nuanced, and, yes, smartest of our contemporary novelists.”

Spiotta met Benz the first year she taught at Syracuse. She served as Benz’s thesis adviser and acknowledges her affection for her student turned colleague.

“She was brilliant and learned so quickly and became this breakthrough talent by the time she left,” Spiotta said.

“She’s an extraordinary teacher. She took students on a trip to talk about how to do research. She’s a very hands-on, innovative writer and teacher, and she integrates her research with her teaching in a way that I think is wonderful for both undergrads and grad students.”

Benz, who identifies as British Afro-Caribbean, hopes to “be a guide and mentor for students of all backgrounds, to help them feel valued, necessary and inspired.”

Spiotta is equally enthusiastic about new hire Mona Awad. “Awad writes sharp, subversive, inventive novels that artfully defy category and genre. She’s also a generous and inspiring teacher,” Spiotta says. Awad calls her own latest novel “a dark supernatural comedy about pain, Shakespeare and revenge.” Awad says she brings “an interest in the fantastic and in genre-blending” to the program. “Fairy tales, horror, satire and noir fiction all inform my work and I like exploring how various modes of fiction can enrich your storytelling, regardless of what genre you happen to be working in.”

Her approach to teaching “is similar to my approach to writing: Be present, be open and listen.” 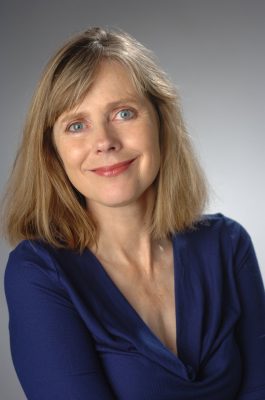 “If you’re an illustration major in VPA but want to write comic books, you can add a minor. Students at Newhouse often take our courses,” Harwell says. “I’ve had several biology majors who are overwhelmed with their science courses and want to try something else. All these people have something to write about but don’t end up in classes that teach them to write.”

“Creative writing teaches you how to write with a certain amount of concision and aliveness and allows you to make somebody feel something,” she says. In addition to practical benefits, creative writing courses may spark hidden talent or nurture a lifelong love of reading and writing. “Many of us don’t know if we have a talent, and this is a way to find out,” she says.

“Studies show those who read are more empathetic and have a better understanding of human beings. It’s the same with writing,” she says. “Writing and reading always try to create the whole human being rather than just isolating goodness or badness.”

Undergraduates and M.F.A. students will interact through the popular Living Writers course and the long-running Raymond Carver Reading Series, named for the beloved short story writer and poet who taught at the University in the 1980s and died in 1988. The series each year brings 12 to 14 prominent writers to campus to read their works and interact with students.

“It gives students something they can base their own writing on,” Harwell says. “You’re really engaging with the issues of contemporary literature. You are entering into a conversation with the writers.”

This year’s series will feature Spiotta in the fall, including at the Orange Central reunion, and Benz in the spring.

Syracuse’s creative writing M.F.A. became a three-year program in 1992 and enjoys a long reputation as one of the country’s oldest and best programs. In 2011, it tied for fifth place among top programs in the nation by Poets & Writers magazine.

Recent alumni are also making their mark. The novel “Friday Black” by Nana Kwame Adjei-Brenyah G’16 was one of The New York Times’ 100 Notable Books of 2018. Tommy Orange, author of the 2019 Pulitzer finalist “There, There,” called “Friday Black” “an unbelievable debut, one that announces a new and necessary American voice.” Anthony Veasna So G’20, a Cambodian American writer, died in December 2020, and his posthumous short story collection, “Afterparties,” was published in July. So’s tentatively titled “Songs on Endless Repeat” is scheduled for 2023 release.

Our students are so good that we don’t need to teach them writing. —

“They already know how to write, and they write movingly. What we do try to teach them is how to fully inhabit their talent—to find and do that thing that only they can do,” says Saunders.

In a 2019 story about her short story collection, Benz said, “All stories are about the human condition.” The greatest stories “make all of the trappings of humanity transparent and they tap into that. I think that it’s important to not be shallow but to dig deep … [to] get at what it means to be human.”

Harwell sees writing as a way to answer “the big questions of life: Why are we here? Why am I here? How can I be a good person? Does God exist? Why is the world so imperfect? Why are so many of us lonely?” Writing, she said, “is one way to keep those questions alive and present in our mind, and to help us retain a certain curiosity and wonder about our world.”