Scientists are still working to learn more about a massive underwater volcano eruption near the Pacific island of Tonga over the weekend that triggered tsunami waves and spilled ash across the entire island. Satellite images captured the eruption, which shot ash, gas, and steam into the atmosphere. 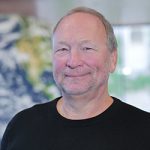 Jeffrey Karson, professor of Earth and Environmental Sciences at Syracuse University, researches volcanic activity. He also is one of the directors of the Syracuse Lava Project, which allows geologists to create and experiment with 2200°F lab-created lava in a massive outdoor furnace.

“The Tonga volcano is along the ‘Ring of Fire” of the Pacific Ocean. Volcanoes erupt frequently – almost all the time – in this region. And there can be very large earthquakes along this same belt. This has been going on for millions of years and will continue into the future indefinitely. So, we can expect more eruptions and more tsunamis. Predictions of eruptions improve all the time and are possible only if there are monitoring systems installed on a volcano. Most are not instrumented. So, we find out about eruptions when they occur or after from satellite images or remotely sensed atmospheric pressure waves and sound waves.

“It is a terrific contrast to the Iceland eruption of last spring and summer, and the kind of mini-eruptions that we do at the Syracuse Lava Project. In these, we see a range of volcanic behavior from violently explosive with global impact to rather calm flowing lava of mainly local and regional importance.

“Water plays a big role in a couple of ways. Water and other gases are dissolved in magma (molten rock) where it forms deep in the Earth. This is just like carbon dioxide gas that is dissolved in a soda, beer, or champaign. Pressure in the unopened liquid holds the gas in. When it is opened, the gas escapes. We all know how temperature and shaking can increase the release of the gas. The same goes for volcanoes. As the huge amount of gas is released, it expands tremendously and rapidly. It can tear apart a volcano and blow pieces into the stratosphere- where it enters the global climate system—affecting it with both particulate matter and chemically (greenhouse gases). The amount of gas (and potential for explosions) is very different for different types of magma. The Tonga kind has lots of water and gas in it; the Iceland or Hawaii kind has very little, hence, oozing lava instead of a volcanic blast.

“There is no telling how long the eruption will continue but there are hazards from the dense ash fall, poison gases, landslides, and tsunamis that can travel all the way across the Pacific Ocean. At this point, it is not entirely clear what caused the tsunami – a submarine mass slide or the shock wave of the volcanic explosion.”