At the conclusion of the fall 2021 semester, five LL.M. students graduated from the College of Law. These graduates, from Brazil, Iraq and Saudi Arabia, join more than 200 foreign-trained lawyers from around the world who are now College of Law alumni.

“These students worked through so many challenges and stayed adaptable and positive throughout what was an exciting and rigorous academic experience under the shadow of a pandemic. While some began their studies in courses offered fully online, I’m thrilled that all were eventually able to join us at the College of Law to take in-person classes in Dineen Hall,” says Andrew S. Horsfall L’10, assistant dean of international programs. 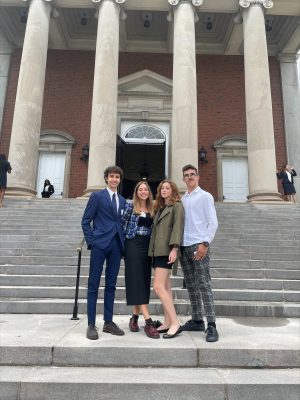 In addition, four exchange students are returning to their home institutions having spent the fall semester at the College of Law. They are:

In January, the College of Law anticipates a cohort of approximately 10 LL.M. students, one exchange student and three new Visiting Scholars.