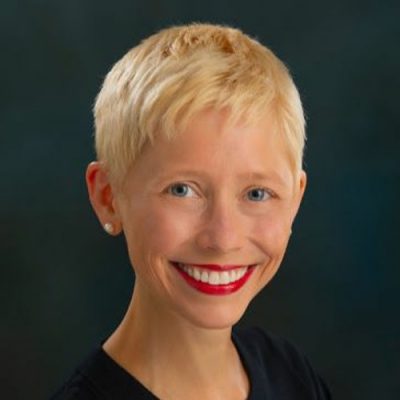 Catherine Herrold, associate professor of public administration and international affairs in the Maxwell School, has been awarded the Virginia A. Hodgkinson Research Book Prize for her book, “Delta Democracy: Pathways to Incremental Civic Revolution in Egypt and Beyond” (Oxford University Press, 2020).

The prize was awarded in November 2021 by the Association for Research on Nonprofit Organizations and Voluntary Action. The organization, composed of a diverse community of scholars and practitioners, awards the prize to one book each year that best informs policy and practice in the nonprofit sector. 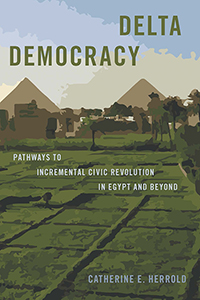 During a trip to Egypt in 2010, Herrold sought to understand local philanthropic foundations’ roles in democratic political reform. Specifically, she hoped to better understand whether NGOs had been co-opted by the government to maintain an authoritarian status-quo, or if they were working independently to create a reform-oriented civil society. At the start of the Arab Spring in 2011, she was able to study how a variety of civic groups—including local foundations, NGOs and international donors—responded to the political opportunity to bring democracy to Egypt. She spent two years conducting ethnographic research, including interviews, participant observation and immersion, to research the book.

The book prize’s namesake, Virginia Hodgkinson, is widely recognized for her work to advance the understanding of the role of nonprofits in the United States and abroad. She also was instrumental in developing institutions and organizations that support research on philanthropy, volunteering and nonprofit organizations.

Herrold joined the Maxwell School faculty at the start of the Fall 2021 semester. She was previously an associate professor at the Indiana University Lilly Family School of Philanthropy and a faculty affiliate of the Paul H. O’Neill School of Public and Environmental Affairs. She also served as a visiting scholar at Birzeit University in Palestine and at American University in Cairo, Egypt. She received a Ph.D. in public policy from Duke University in 2013.