Four Maxwell School alumni are among 39 public administration leaders who have been named 2021 National Academy of Public Administration (NAPA) Fellows.

NAPA is an independent, nonprofit and nonpartisan organization established in 1967 to assist government leaders in building more effective, efficient, accountable and transparent organizations. Induction into NAPA is considered one of the leading honors for scholars in the discipline. The new fellows join former cabinet officers, members of Congress, governors, mayors and state legislators, prominent scholars, business executives, nonprofit leaders and public administrators.

The alumni inductees are: 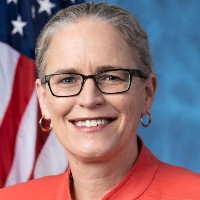 U.S. Rep. Carolyn Bourdeaux G’03, who took office in January 2021, representing Georgia’s 7th district. Just a few months into her term, legislation she wrote passed both houses and was signed into law by the president. In addition to the successful Paycheck Protection Program Extension Act, she has introduced bills to support supply chain resiliency, infrastructure and state and local COVID-19 funding flexibility. Bourdeaux previously served as an associate professor at Georgia State University’s Andrew Young School of Public Policy. 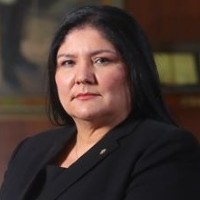 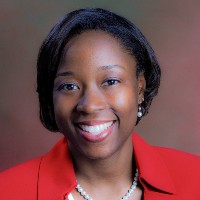 Amma Felix G’01, president and chief executive officer of Collegiate Directions Inc., a nonprofit that helps low-income and first-generation students plan for and succeed in college. Felix is also a Maxwell Advisory Board member and a founding member of Chief, a network of professional women. She previously worked for the United Negro College Fund, rising from chief of staff to vice president of strategy and secretary of the corporation. She also served as vice president for strategy management for the Abyssinian Development Corp. 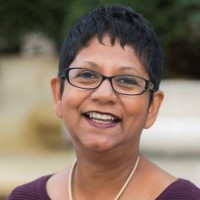 Shiro Gnanaselvam G’93, the chief executive officer of Social Impact, a consulting firm that aids global development organizations in improving health and education, reducing poverty and promoting peace and democratic governance. Among other roles, Gnanaselvam previously served as the chief operating officer of Africare, an organization that seeks to improve the quality of life in Africa by addressing food insecurity, HIV and AIDS, empowering women, and expanding access to potable water.

Fellows are nominated and selected by rigorous criteria including administrative experience, scholarly contributions to public administration and ethical standards.

More than 60 Maxwell alumni and numerous past and present faculty members have been named NAPA Fellows. Among them is Robert Bifulco, associate dean, chair and professor of public administration and international affairs.

“This is a well-deserved honor for the latest Maxwell inductees,” says Bifulco. “It is gratifying to realize how much our alumni contribute to the academy’s mission.”

The 17th Annual Charity Sports Auction presented by the Sport Management Club will raise money this year for the charities of the Jim and Juli Boeheim Foundation. For the first time the club has created a hybrid auction that will…

Through the continuing generosity of alumnus William Hrushesky, M.D. (B.A. ’69), the Syracuse Office of Undergraduate Research and Creative engagement (The SOURCE) offers the Spinoza Award to fund undergraduate work that explores philosophical aspects of issues that arise within the…

With new living situations, academic experiences and more, college is a time of seemingly ever-evolving changes. The wave of new experiences if often an exciting part of the journey. However, individuals may also face a wave of new internal and…

Amy Ellen Schwartz, professor of economics and public administration and international affairs, is one of two principal investigators for a five-year research project to examine how, over time, COVID-19 has affected children’s health and education in New York City. Maxwell…

Sharing stressors, concerns and more can benefit individuals but for one reason or another, students may find themselves unable to talk to members of their support network. SoulTalk can be a resource for students who are not sure where to…