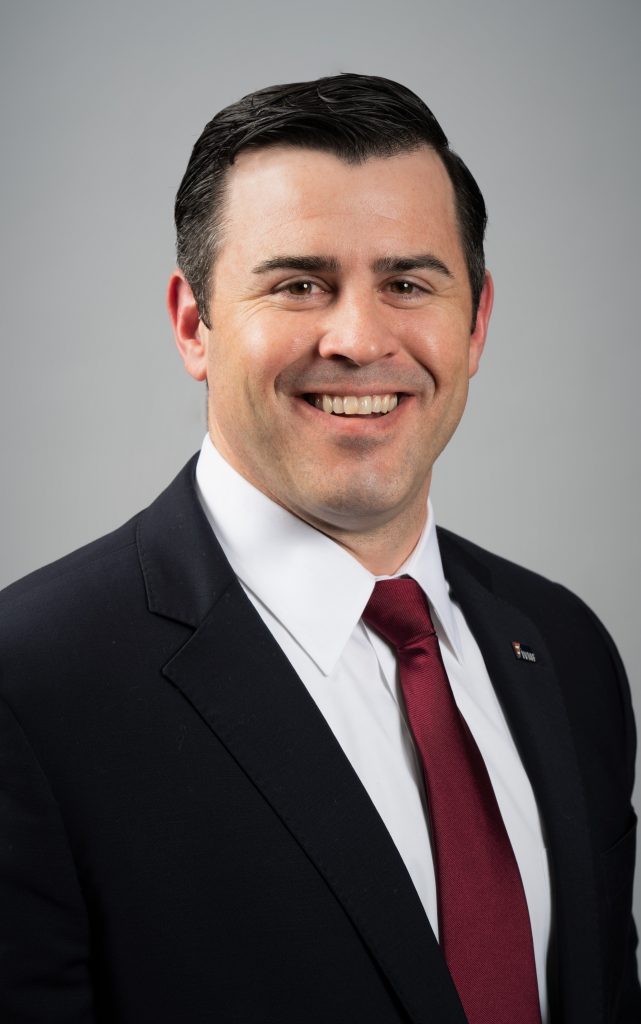 Data is everywhere. From how many steps you take in a day to the quality of your sleep, it seems that every aspect of our daily lives can be assessed by crunching the numbers.

In Nick Armstrong’s role as the managing director of research and data at the Institute for Veterans and Military Families (IVMF), data takes on a more significant role: his team collects data and leads research to inform the delivery of educational and training programs that advance our nation’s veterans and the military-connected community.

Those issues include addressing how veterans transition from active duty to civilian life, and their pursuit of not just a job that pays the bills, but a satisfying and meaningful career that suits their skills.

This model of translating research and data into impactful practice, programs, and policy would be a differentiator for IVMF, and is what drew Armstrong to the role early on in working with J. Michael Haynie, IVMF’s founder and executive director and the Vice Chancellor.

“It was a great fit for my career and my passions. As an institution, we measure the delivery of our programs, and that feeds back into our research. We combine research with the data to offer programs that help us stay on the cutting edge,” said Armstrong, who earned his M.P.A. and Ph.D. degrees with concentrations in public administration and national security policy from the Maxwell School of Citizenship and Public Affairs. 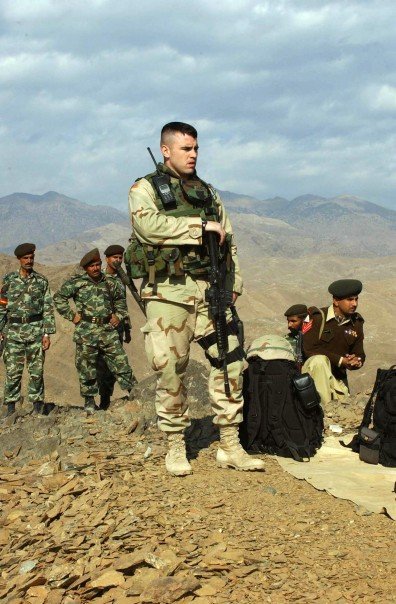 Stationed with the 10th Mountain Division at Fort Drum, Nick Armstrong was deployed to Bosnia a week prior to the Sept. 11 terrorist attacks, then on to Afghanistan and Iraq.

When Armstrong first joined IVMF in 2014, veteran unemployment was a persistent concern. But as the economy recovered, less data was being collected on how satisfied veterans were with their jobs or their career paths.

After surveying veterans on their career goals and aspirations, Armstrong and his team quickly realized a shift in philosophy was required. The resulting change led to offering more education, training, and credentialing opportunities in high, long-term growth career opportunities, particularly in fields like STEM (science, technology, engineering, and mathematics).

“With our military, they are the largest workforce across America, and they consist of a ready-made pool of workers. We needed to design programs where we knew there was a market, a need, and a demand for specific careers and jobs. We focused on the barriers they would face, and how we can influence or design policies to reduce those barriers and create opportunities. We’re focused on helping them gain employment, not just post-military but for life,” Armstrong said.

In 2019, in partnership with Maxwell, Syracuse University launched the Veterans Program for Politics and Civic Engagement, with the goal of helping veterans seek elected office, political appointments, and related civic engagement roles.

Armstrong said it was only natural for veterans, who volunteer to serve their country, to turn their attentions to a public service career as an elected official.

In just this last election cycle, four alumni from the Veterans Program for Politics won their local elections.

“Many veterans are drawn to public service after their time in the military is over, and they want to have a purpose and a mission and be part of something bigger than themselves. So we focused on capturing their motivation for doing good and funneled it into opportunities and training programs where they can run for public office,” said Armstrong.

From Serving His Country to Serving Fellow Veteran Alumni

For seven years, Armstrong was an active-duty officer in the United States Army. Stationed with the 10th Mountain Division at Fort Drum, Armstrong was deployed to Bosnia a week prior to the Sept. 11 terrorist attacks, then on to Afghanistan and Iraq.

Among other leadership roles, Armstrong served as a general’s aide, and later a speechwriter to the commanding general, then Major Gen. Lloyd Austin, who is now serving as the Secretary of Defense. But as he contemplated his own transition from active duty to civilian life, Armstrong was torn about his future.

An engineering major at West Point, Armstrong interviewed with several engineering firms, but his true passion lied in public service, so he was drawn to study at the Maxwell School.

While Armstrong is incredibly proud of his service to his country, he’s even prouder of how Syracuse University and the IVMF provide resources to our country’s service men and women.