In a historic day for Syracuse University and the Department of Athletics, women’s basketball standout Felisha Legette-Jack ’89 had her jersey retired in the stadium on Sunday, Nov. 14. 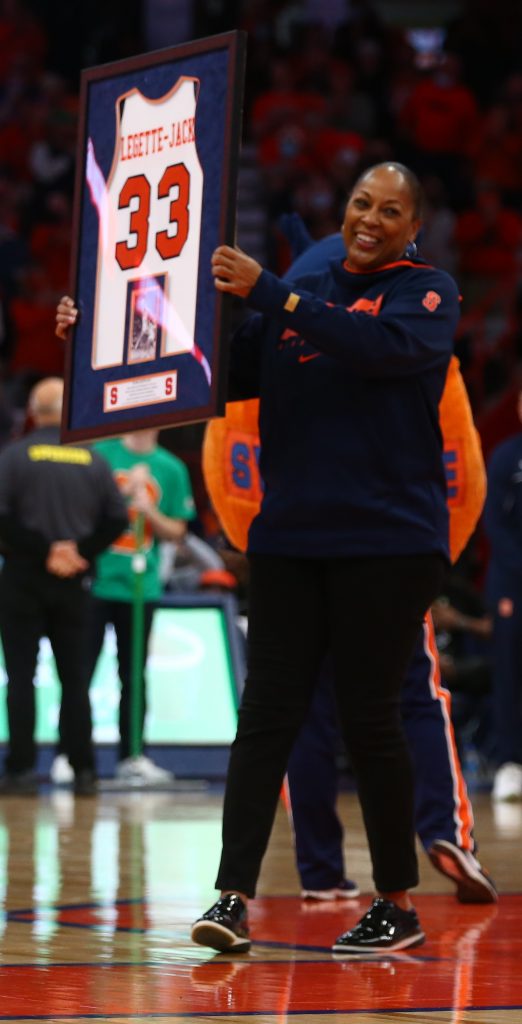 As Legette-Jack’s jersey was raised to the rafters at halftime of the Syracuse game against Notre Dame, it was the first time in Syracuse University Athletics history that a female student-athlete was recognized in this manner. Her jersey joined those of 15 men’s basketball and six football standouts who have received this honor.

In her first year at Syracuse, Legette-Jack earned Big East Conference Freshman of the Year honors after helping lead the Orange to their first Big East Championship. An honorable mention All-American and All-Big East First Team selection as a sophomore in 1985-86, Legette-Jack averaged a double-double with 15.8 points and 10.1 rebounds per game, leading the Orange to a 19-10 record, including a 12-4 mark in the Big East. She followed that up by earning honorable mention All-America and All-Big East Second Team honors following a junior season in which she averaged 13.0 points and 7.6 rebounds per game.

After missing the 1987-88 season due to a knee injury she returned to the court and earned All-Big East honors. She was one of 15 players named to the Big East Conference Silver Anniversary Team in 2004. In 2011, Legette-Jack, who earned degrees in child and family studies and psychology, was named a Syracuse University LetterWinner of Distinction. 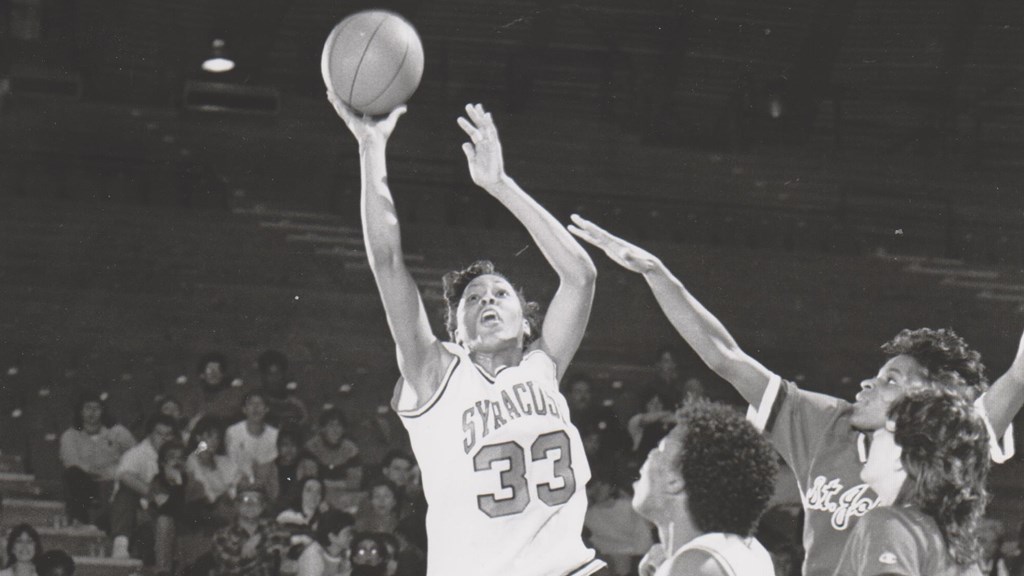 A veteran basketball coach, Legette-Jack started her collegiate coaching career as an assistant at Syracuse before becoming the head coach at Hofstra and then Indiana. She is currently in her 10th season as the University at Buffalo program leader.

Legette-Jack in the Syracuse record book: 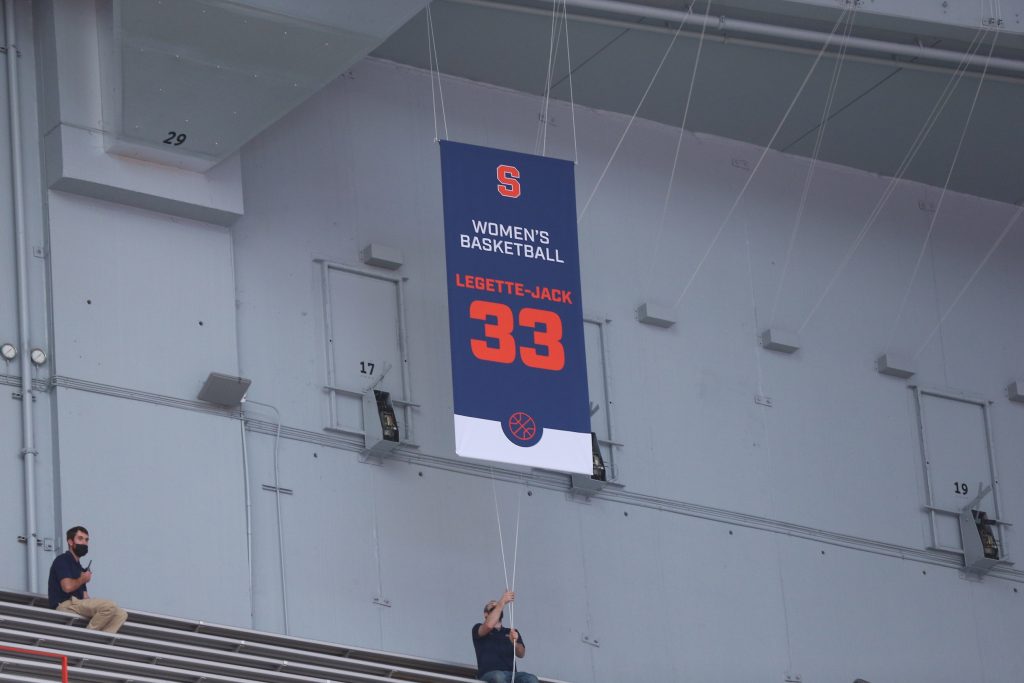 A banner is raised in the stadium to recognize the retirement of Felisha Legette-Jack’s jersey Nov. 14. (Photo by Michael J. Okoniewski-Syracuse University Athletics Communications)

Legette-Jack is one of four former Syracuse student-athletes who will be honored as impactful and influential figures in the world of sport during the 2021-22 academic year. Anna Goodale (rowing, 2002-05) and Katie Rowan Thomson (lacrosse, 2006-09) are the other two women, and Gary Gait (lacrosse, 1987-90) will also be recognized this year.

The jersey retirements are part of the yearlong celebration of 50 Years of Syracuse University Women’s Athletics. Special events and recognition of all female student-athletes who have donned the Block S to represent Syracuse University and the Athletics Department since 1971-72 are being held throughout the 2021-22 seasons.

As we celebrate this history, we acknowledge those who have gone before us to set the standard we strive to achieve today so we can pave the way for the future. We reflect on the history of women in sport, admire their sacrifices, recognize their contributions and accomplishments, and honor their legacy.